Egyptian experts say a project to add a navigation lane to the Nile River, linking Lake Victoria and the Mediterranean Sea, is almost impossible to achieve. 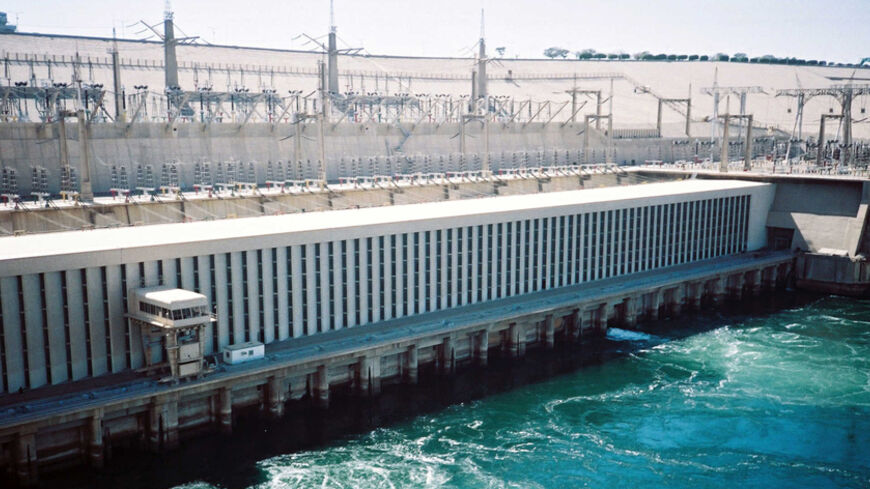 CAIRO — Egypt’s serious efforts to implement a project to convert the Nile River into a shipping lane has run into several hurdles. The project was agreed to by the heads of state at the January 2013 African Summit and would see the Nile River converted into a navigation lane linking the Mediterranean Sea with Lake Victoria, where the river originates. Egypt is considered to be the primary party responsible for the implementation of the project, which was endorsed by the African Development Bank and six countries of the Nile Basin in addition to Egypt. However, the project has become the source of widespread debate among experts in Cairo due to obstacles relating to the nature of the river, which would stand in the way of implementing the project.

According to an academic study conducted by Haytham Awad, the head of the department of irrigation and hydraulics at Alexandria University, the project is not only difficult but could even be impossible. Awad told Al-Monitor that the project borders on being a pipe dream similar to the one that would see the Nile River linked to the Congo River in the Democratic Republic of Congo.

Awad said, “The navigation lane between Lake Victoria and the Mediterranean Sea involves overcoming great engineering difficulties. The Nile is dotted with gigantic installations such as dams and bridges in addition to massive waterfalls.”

Awad went on to detail the results of his study. First, there exists a waterway from Aswan to the Mediterranean Sea through the Damietta branch only, while the Rashid branch of the Nile is too shallow.

An additional problem arises as a result of the Aswan reservoir, where the five lock chambers have a water height differential of 30 meters (98 feet). While the lock could facilitate river navigation, it requires major renovation and has not been used since January 1961. The Aswan High Dam forms another obstacle in the way of river navigation, as the water differential ranges 108-182 meters (354-597 feet), which would require a massive engineering undertaking to overcome and would cost billions.

Establishing a waterway and shipping lane along the Nile will be met with additional problems at Sudan’s Merowe Dam. Not to mention another, more complicated, problem of the four cascades along the Nile in Sudan’s Dal, al-Sheblouqa, al-Shereik and Kajbar regions. In addition, Sudan’s Jabal al-Awliya Reservoir would also need to be equipped with locks.

The study also addressed the difficulties that the navigational project and shipping lane would face in Uganda. Awad said, “There are six waterfalls in Uganda’s north, the largest of which is the Bujagali and the Owen Reservoir, Lake Victoria.”

According to Awad, the study concluded, “Building all these locks to facilitate the passage of ships through every massive installation obstructing the Nile’s course would necessitate expenditures that far outweigh the projected economic feasibility of the project itself.”

Diya al-Qousy, water resources expert and former adviser to the minister of irrigation, also agreed that difficulties stood in the way of implementing the project to link Lake Victoria with the Mediterranean Sea. “The matter necessitates detailed project simulation studies.” He also affirmed that the project was, from an engineering perspective, completely different than the project to link the Nile and Congo rivers. He considered that the new project to establish a shipping lane between the Mediterranean and Lake Victoria is fraught with difficulties that can be surmounted and are not impossible to handle.

Furthermore, water resources expert and former head of the Nile Water Sector at the Ministry of Irrigation, Mohamed Abdel Atti, said that implementation of the project would be near impossible if the Egyptian government proposed to navigate ships and vessels along the length of the Nile. He told Al-Monitor, “For it to succeed, the project must not confuse between navigation and transportation.”

In an interview with Al-Monitor, Minister of Water Resources and Irrigation Hussameddine Maghazi said, “The challenges faced in the establishment of a shipping lane discussed by experts were very present, but that they were engineering problems that can be overcome. Because nothing is impossible when engineering principles are applied.”

He said, “Project studies currently being implemented will take into account everything that may obstruct the navigation of ships.” Among the ideas being considered for waterfalls or areas of rapids are ports where cargo would be unloaded onto other vessels waiting on the other side of the obstruction — that is if locks cannot be built to navigate through the waterfall.

Maghazi added, “Each of the seven countries involved in the project will submit proposals concerning the passage of navigation in their territories. The Egyptian government has decided to transform Lake Nasser into a nucleus project by converting it into a major port for goods traveling along the river. This would revitalize this region close to the Toshka Project. We know that implementation of the project will be difficult and fraught with many challenges, but we are working to overcome those difficulties.”

Many obstacles stand in the way of the Egyptian project able to accommodate ships laden with goods. The project also reflects Egypt’s real desire to regain the trust of African nations by giving them an outlet to the Mediterranean Sea.

Will the Egyptians succeed in overcoming those difficulties and reclaim their standing among African nations by achieving what experts consider to be impossible?