The first phase of feasibility studies for the Victoria-Mediterranean Waterway Project will soon conclude, but funding for the next phase is still to be determined. 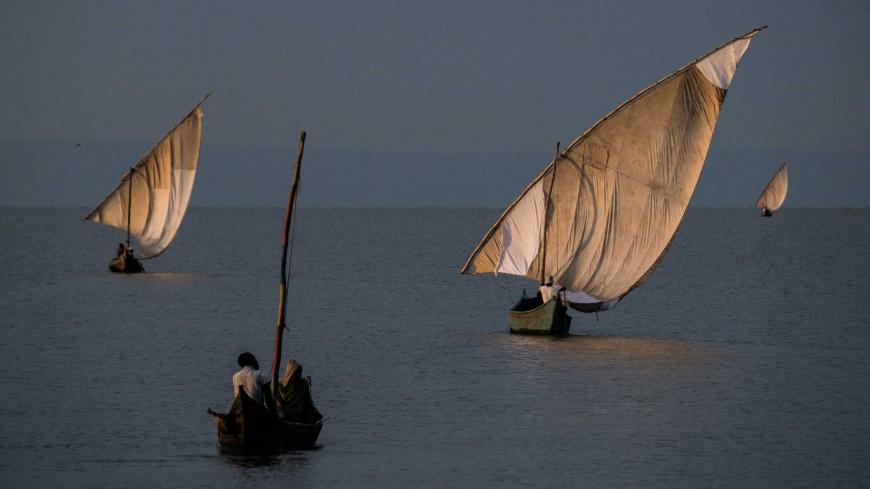 CAIRO — The first phase of feasibility studies of the Victoria-Mediterranean Waterway Project is scheduled to be completed by the end of December, Ahmed Bahaa, head of the Nile water sector at the Ministry of Water Resources and Irrigation, told Al-Monitor. The waterway, to connect Lake Victoria to the Mediterranean Sea, would pass through all the Nile Basin countries — Burundi, Rwanda, Tanzania, Kenya, Congo, Uganda, Ethiopia, South Sudan, Sudan and Egypt — to create a new river-rail network.

The goal of the project is to turn the Nile into a passageway for transportation and shipment from the heart of Africa to Europe via Egypt. This will require cleaning up the river, strengthening bridges and establishing new berths and ports in the participating countries and connecting the passageway to railway networks.

Bahaa said that Cairo has received promises of serious consideration from a number of international bodies regarding the possibility of providing funding for the implementation stage of the project, whose cost is estimated at around $12 billion. Among the possibilities are China, the European Union and the African Development Bank (ADB).

According to Bahaa, the waterway will provide safer, more environmentally friendly and cheaper transport compared to overland routes from the African interior to the Mediterranean. The savings will contribute to improving economic growth rates, especially for landlocked Rwanda, Burundi, South Sudan and Uganda.

Bahaa emphasized that the project would advance integration and convergence among the states, including the creation of regional and national training centers for personnel required for the waterway’s management and maintenance. It is also hoped that the project will offer new employment opportunities through tourism, with companies shuttling tourists from the Mediterranean into the African interior, and boost the region’s standing in the global economic system.

Bahaa said that Water Resources and Irrigation Minister Mohamed Abdel Ati had pursued financing for the project on the sidelines of the first Cairo Water Week, Oct. 14-18. Potential donors and development partners from the ADB as well as representatives of the participating countries, and a representative of the Common Market for Eastern and Southern Africa attended a promotional session on the project on Oct. 16.

That same day, the project steering committee met, and according to an official who attended the meeting and requested anonymity, approved a preliminary draft report on the first phase of feasibility studies, which was prepared by Hydroplan & DNT Consultants.

Ethiopia made a few remarks on some technical issues mentioned in the report. It is unlikely that the concerns that were raised would translate into a dispute disrupting the project as this would be stalling potential benefits to all Nile countries. The steering committee is set to meet at the end of December. With all remarks being taken into consideration, it seems there is hope that the final report on the project's first phased can be approved.

Tahani Sleet, undersecretary for foreign cooperation at Egypt's Ministry of Water Resources and Irrigation, told Al-Monitor that the waterway's development stems from the Presidential Infrastructure Champion Initiative, a project of the New Partnership for Africa's Development (NEPAD). It is being promoted under the banner “Africa without borders: one continent, one river, one people.” Sleet is serving as director and regional coordinator of the waterway’s management unit.

The waterway's development has been divided into four stages. The first stage, which began in 2013, involved a pre-feasibility study — conducted by Egypt in May 2015 at a cost of half a million dollars — that showed the project to be economically feasible. The second stage, the first phase of the feasibility studies, will be completed Dec. 31 and has been funded by the ADB with $650,000, Sleet said. The third stage, which is the second phase of the feasibility study, is scheduled to start next month.

“Given the project’s nature and its numerous activities, which include detailed scenarios on the shipping line and river ports, and the way the project is linked to highways and railways, the second phase of the project feasibility studies will be divided into two parts,” Sleet said. “The first part consists of reviewing the possible scenarios and alternatives for the waterway, collecting hydrological data, conducting economic studies, evaluating environmental and social impact, and analyzing implementation cost analysis. This part is scheduled to extend over 54 months. It includes the establishment of two regional operating units in Cairo and Kampala and employing regional experts to manage and operate the project.” The second part of the second phase, Sleet said, will include a detailed design of the alternative waterway.

“The first part of the second phase of studies is expected to cost $17 million,” Sleet said. According to her, many potential donors had expressed interest in the project and in financing the next phase, but no official commitments have been made.

It is difficult to pinpoint the cost of the second part of the second phase, Sleet said, but she added, “It is possible to talk about an estimated cost of about $70 million over a period of 92 months, while the fourth and final stage, consisting of the implementation phase is estimated to cost between $8 billion and $12 billion.”

Amr Ammar, a geopolitical expert and lecturer, told Al-Monitor that China would appear to be the most likely funder. “This supports the Chinese dream of the Silk Road project, which seeks to create a network linking between Asia, Africa and Europe, enabling it to commercially enter large parts of the world.”

Pushing joint development projects in Africa, particularly in the Nile Basin, is part of Egypt’s attempt to resume a leading role on the continent. Cairo is gearing up to assume the African Union presidency in early 2019 and from that platform to promote a discourse of cooperation and mutual benefit. The Victoria-Mediterranean project, in addition to economically benefitting 10 African countries, will also help Cairo to create a climate of dialogue and trust with upstream countries, which could help it navigate current disputes related to Nile River water quotas.