The jihadist group Ansar Bayt al-Maqdis is adapting to its war with the Egyptian army and is regaining strength in the Sinai Peninsula. 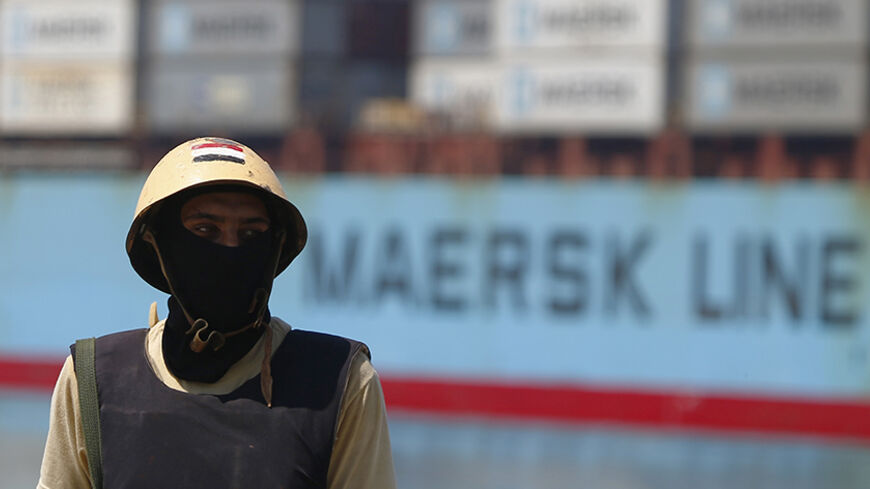 A member of Egypt's army guards the Suez Canal in the port city of Ismailia, northeast of Cairo, Aug. 12, 2014. - REUTERS/Amr Abdallah Dalsh

A correspondent in Sinai
October 8, 2014

RAFAH, Egypt — The militant group Ansar Bayt al-Maqdis has been significantly restoring its power and presence in the Sinai Peninsula, despite the heavy blows delivered during battles with the Egyptian army, which have been ongoing for more than a year. The group has been able to continuously adapt its tactics in the war while the Egyptian army has remained faithful to its traditional routine in military operations.

At the beginning of the war on terrorism, which began on Aug. 7, 2013, the Egyptian army succeeded in draining the sources of arms supply to the group. The security headquarters of the group was targeted both day and night, until the Egyptian army was able to displace and track the members of the group through fierce, daily military operations. These have been encumbering the daily life of residents in Sheikh Zuweid and Rafah.

The Sawarka tribe is among the largest tribes in Egypt. One of its chieftains relayed his views to Al-Monitor on condition of anonymity. “Different factors helped Ansar Bayt al-Maqdis to restore its activities. First, it abandoned direct confrontation with the army, especially after the drainage of its sources of arms supply. The members of the group currently hide in deserted areas where the Egyptian army is vulnerable due to [the areas’] complicated geography,” he said.

“After that, the group planted locally made explosive devices on the roads that security forces usually take on a daily basis. The security forces have lost a large number of its members in these ambushes. The army will not be able to defeat these local members, who are well acquainted with the geography of the location, unless it changes its military operations. The army starts early in the morning with security forces searching the towns for the terrorists, destroying the farms of their families and neighbors and arresting innocent people. The terrorists then come back into their towns at night to impose control and plant explosive devices,” he added.

Abu Nafal al-Jaghamin, a resident of west Sheikh Zuweid, where military operations are rampant, told Al-Monitor, “Ansar Bayt al-Maqdis are finally carrying out new and effective plans against the army through draining its sources of information. The army came to Sinai with no reliable information on the geography of the location. It currently relies on recruiting tribesmen after the influence of tribal chieftains disappeared following the revolution.”

“Ansar Bayt al-Maqdis established a security and intelligence wing tasked with collecting information on tribesmen providing the army with information and guiding it during military operations, as well as on Mossad spies. Then, they would abduct and torture them, while videotaping their confessions and identifying other individuals working with the army. Afterward, the group would shoot them dead near or in front of their houses so that others can learn the lesson,” Jaghamin said.

Jaghamin said that every now and then, the group sets up checkpoints on the roads linking the towns and cities of north Sinai. At different times of the day, armed members stand in the middle of the road with black flags affixed to their SUVs, on which “Security Wing” is written. They search the residents and check their official identification documents on laptops that are equipped with a database of the wanted individuals.

On Oct. 3, forces of Ansar Bayt al-Maqdis raided the house of Sufi Sheikh Khaled al-Ratil Sawarka, in the town of al-Jura, south of Sheikh Zuweid. His house is located a few meters away from an army checkpoint known by locals for its strictness.

An eyewitness who is a relative of the sheikh told Al-Monitor, “The militants physically assaulted the sheikh and said he would be their sacrifice for Eid. They kidnapped him with three of his relatives and blew up their houses. They also stole money and cars, saying it was their reward.”

Ten hours after the kidnapping took place, the sheikh and his relatives were released after being severely tortured. According to field information gathered by Al-Monitor, Ansar Bayt al-Maqdis did so on suspicion that these individuals provided the Egyptian army with information on the movements of the group. This came amid an ever-growing rift between the Sufi and jihadist Salafist schools of thought.

Residents believe that the unabashed attack by Ansar Bayt al-Maqdis during the day on a Sufi sheikh without any reaction on the side of tribes is a dangerous indication to the disintegration and surrender of these tribes.

A resident of al-Mahdiya town south of Rafah told Al-Monitor, “The situation is becoming more dangerous with the terrorist group kidnapping sheikhs and other members before the eyes of their families and its exaggerated acts. It seems that no men are left to stop them, as they fear death. It seems that we forgot our manliness and the history of our Bedouin life and ancestors, since now we fear a few kids holding a knife.”

Abu Mohamad Jerayrat, a member of the Sawarka tribe, spoke to Al-Monitor. “If tribesmen did not face the extremists who desecrated the mosques, destroyed the houses and killed our sons in cold blood, they will enter our bedrooms and dishonor us,” he said.

On Oct. 5, Ansar Bayt al-Maqdis posted a video on the Internet showing how the group blew up the house of one the chieftains of al-Manayaa tribe, known for its powerful status. They labeled him as an apostate for helping the army, threatening to behead him if he was ever found.

The video also shows Ahmad Abu Shatiya, a member of al-Armilat tribe, one of the largest tribes in Sinai, being brutally killed. His tribe had announced that he was kidnapped from his house at the hands of militants during the last week of September. Abu Shatiya was also accused of providing the army with information.

The video also shows the slaying of three tribesmen on the accusation of spying for Israel. This video constitutes an affirmation of the information that Al-Monitor provided in a previous article on how the Mossad was recruiting agents in Sinai.

The crimes committed by the group have not deterred its spokesman, Abu Usama al-Masri, from attempting to gain the empathy of tribes. “We hold you in a very high esteem and words cannot begin to describe your place in our hearts. Do not think that the devil-inspired acts of some tribesmen will diminish your place in our hearts. Our swords will harvest the heads of spies and he who warns is excused.”

It seems that Masri is subtly hinting that the power of tribes can no longer counter that of knives.