In the village of Hacipasa, almost every house is connected to an illegal oil pipeline smuggling IS oil into Turkey. 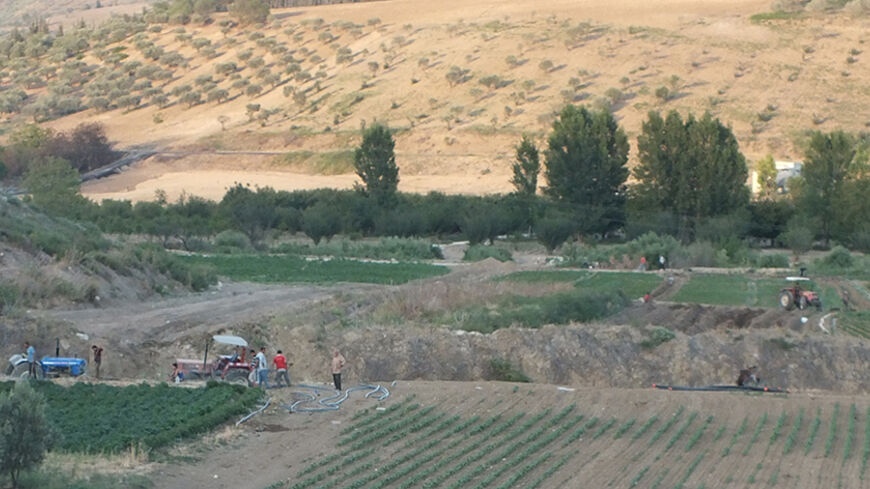 HACIPASA, Turkey — For some time now, Turkey has been accused of either supporting or tolerating the activities of the Islamic State group (IS). Turkey’s hesitation to contribute to the coalition Washington is trying put together has only intensified the accusations. Since Turkey opened its borders without restriction to those fighting against the regime of Syrian President Bashar al-Assad, others have been exploiting the lax border control. More than facilitating the crossings of militants, the security loophole has also contributed to substantial financial resources for the armed groups dominating the liberated areas of Aleppo, Raqqa and Deir ez-Zor. The group profiting the most has been IS, which has been transporting to Turkey the oil it's extracting with primitive methods in its occupied areas.

In the Hacipasa village of Altinozu in Hatay province, the scope of this oil smuggling mechanism is clear. On the Turkish side of the Asi river, which forms the border with Syria, lies the village of Hacipasa, with the village of Ezmerin on the Syrian side. The saga of Hacipasa is surely one of the most telling outcomes of the Syria policy then Foreign Minister Ahmet Davutoglu so passionately defended in parliament when he boasted, “We will lead the wave of change in the Middle East. A new Middle East is being born. We will continue to be the owner, pioneer and servant of this Middle East."

Here is how the oil trade fills IS coffers:

From Ezmerin, about 500 illegal oil pipelines, small-diameter plastic pipes normally used for irrigation, extend to the Turkish side of the Asi River. On the Turkish side, they are buried under agricultural fields to reach the village. Just like the village’s underground water distribution lines, oil pipelines crisscross under streets to reach the back yards of private houses. Diesel fuel pumped from a tanker on the Syrian side fills the private tanks. Simple “pump” and “stop” commands are given over cellular phones. 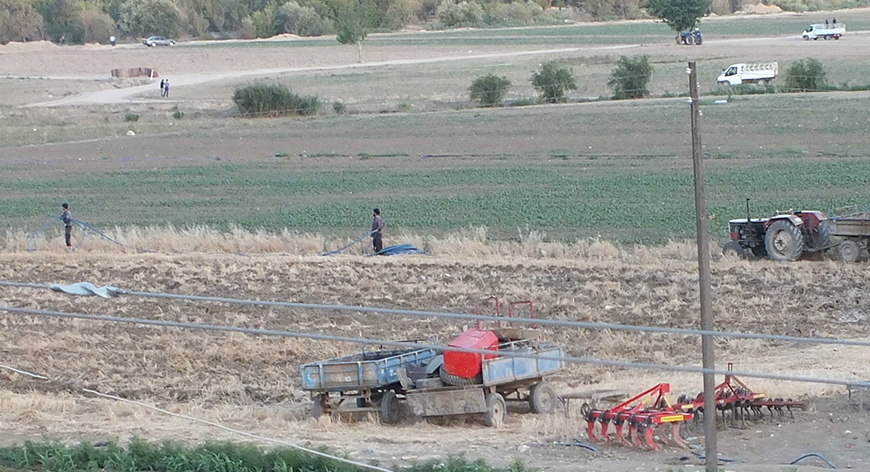 Consumers come to the houses of sellers and buy the diesel for 1.25 Turkish lira per liter ($0.56). This is how the system worked for a long time.

The state began to intervene only after the international media started to question whether Turkey was supporting IS and whether IS oil was being sold in Turkey. At the end of March, soldiers that had until then been watching the goings on from a hilltop about 100 meters from the river began digging up the pipes from the fields and cutting the ones that lay visible in the streets. Checkpoints were established to prevent the diesel from leaving Hacipasa. But the smugglers always found ways to bypass the gendarmerie, the latest being shipping the fuel in barrels.

After seeing the pipelines, Al-Monitor's correspondent spoke to a villager involved in the smuggling operation. From the balcony of his house, five or six pipelines are visible going into other houses. Six people in the house told Al-Monitor that some 80-90% of the village's families are involved in the diesel fuel smuggling. Many pipelines have been cut, but some fuel still comes through, which is why the price went up to 3 lira ($1.36) from 1.25. There is a saying in the village: "If you have not been in smuggling, you won’t find a bride."

The state knows what is going on, said the villagers. Everything was happening in front of its soldiers. Some people even imported machinery from Japan to dig and lay the pipes. That can’t be done secretly. Every day, about 30-50 tanker loads of diesel is transferred. In Hatay, there are 4,500 semi trucks. They all use this fuel. Trucks come from central Anatolia to buy cheap fuel.

One man said that he once got stuck in mud next to a pipeline, and soldiers came and towed him out. He said, "We were legal then but illegal now? What changed?" 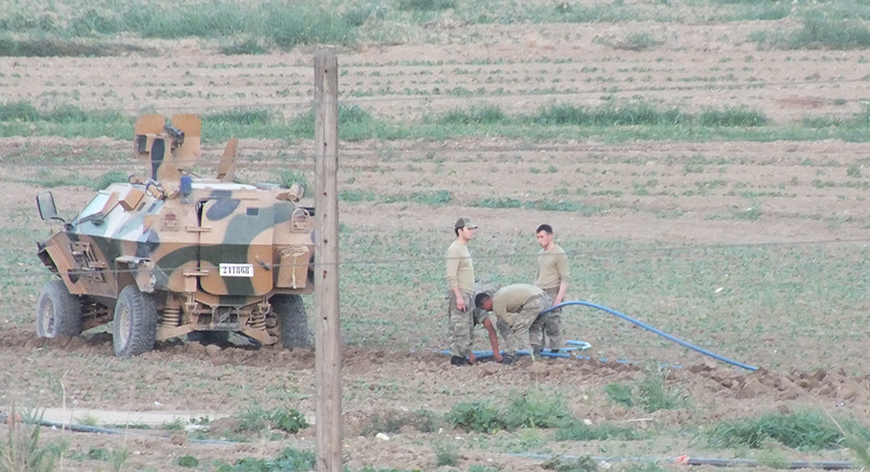 When pipes and oil barrels were confiscated and some people were detained, there was popular reaction. The villagers demonstrated and soldiers beat up a few people.

The villagers said that when the Syrian refugees came, they opened their houses to them. They carried that burden for three years, they said, without any help. "We helped to transfer relief supplies over the Asi to Syria. We evacuated the wounded to hospitals. One night, there was a call from the minaret loudspeakers of our mosque asking for people with cars to go and evacuate wounded people from the river." One man added, "That night, I transferred three casualties to the hospital. In return for all that, we made money from oil. Everyone looked the other way. Things changed after March. Soldiers now fire on people going near the border. People have been killed."

People now watch for the changing of the guards, sometimes waiting up to three days for the right time to get to work.

They said, "We helped everyone in Syria. We even helped Turkish officials to cross the border but suddenly, we are criminals. Fine, they punished us, now they should leave us alone. They should allow us to return to our work, to our fields. But soldiers now want to see our land deeds to before they let us go to the fields. Not everyone has a land deed. Some of the deeds are under the names of their relatives in Syria. I am running around in courts for years to get my own deed."

Free Syrian Army, not IS

The villagers of Hacipasa who voted for the ruling AKP in the last elections consider the illegal income they make from oil a fee for their support of Syrian refugees. When reminded that the oil smuggling has made IS rich, they object, protesting, "If it was illegal, why did the state allow it?” They prefer to think of the Free Syrian Army, not IS, as benefiting from the trade.

From Hacipasa, where the streets smell of diesel fuel, Al-Monitor went to Cilvegozu, a border crossing near Reyhanli, and spoke with truck drivers protesting the new restrictions. Their problem, they say, is that drivers who use smuggled oil and fuel are fined heavily. Those caught a second time can lose their trucks. Drivers say it is not only Hacipasa making money from smuggling, but also the village of Besaslan. One driver said, ”There still two pipelines operating in Besaslan. Villagers share the money they make. But because the flow of oil has decreased, you may have to wait two days.”

When asked, "You are objecting to the measures taken, but aren’t you uncomfortable with the money IS makes from this business?” their answer was: "Fine, let’s say they cut off the oil as a measure against IS. But militants are crossing the border freely. Go to Esentepe and you will see it.’’ Esentepe is a Reyhanli neighborhood where most cars have Syrian license plates. People believe many militants reside in that neighborhood.

In the province of Hatay, Altinozu and Reyhanli both carried the burden of the civil war in Syria and also made a living from it. Those whose incomes are now affected by the measures taken by the state talk nostalgically of the unique situation they dealt with and made a living from.