The next battle for the Turkish judiciary

No matter who wins the race for seats in the Supreme Board of Judges and Prosecutors, the result will still be far from an “independent and impartial judiciary.” 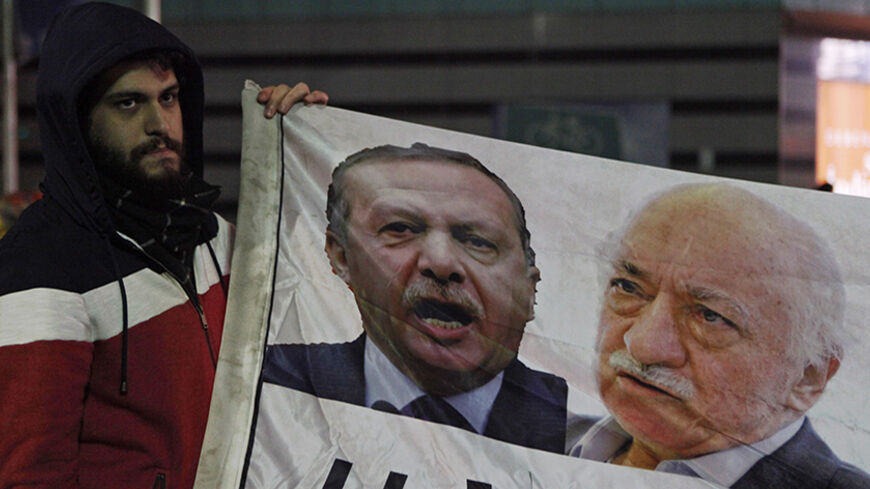 On October 12, Turkey will have a tiny “election” little noticed outside of the country but eagerly awaited in Ankara. This time, those headed to the ballot box are not ordinary citizens, but judges and prosecutors across the country who will elect almost half of the members of their top institution: the Supreme Board of Judges and Prosecutors (HSYK), which has the power to appoint, dismiss or investigate all men of law.

This bizarre race is a result of Turkey’s “democratization” — or at least it was hailed as such by the proponents of the 2010 referendum for constitutional amendments, which redesigned the way Turkey’s high judiciary was formed. Before that referendum, the HSYK was formed by a regular system of appointees from other high judicial bodies — such as the Council of State or the High Court of Appeals. But these institutions were dominated by a single worldview — Kemalism, i.e., the secular nationalism that has its roots in the Mustafa Kemal Ataturk era (1923-38). Therefore, the high judiciary was designed to work in a system of “co-option,” where jurists with similar views appointed each other to powerful seats.

Those who voiced the criticisms of this system included some secular liberals, but the real vehicles of change were the religious conservatives. The latter had two main flagships, which then were strong allies: then-Prime Minister Recep Tayyip Erdogan’s Justice and Development Party (AKP) and Fethullah Gulen’s millions-strong religious movement, which was rumored to have many members in the lower ranks of the judicial caste. No wonder both sides campaigned together for the referendum, which they won with 58% of the vote.

The referendum turned the HSYK from a narrow body to a more representative one, with varied sources of input. Accordingly, the number of the seats in the HSYK were increased from seven to 22. Four of the members are appointed by the president, six chosen by other judicial bodies and 10 elected by some 12,000 judges and prosecutors all across Turkey. The justice minister and his undersecretary fill the remaining two seats.

HSYK elections were held in October 2010, a month after the referendum, and were hailed by the government as “the triumph of democracy.” But some liberal voices such as Orhan Gazi Ertekin, a judge himself and the head of Democratic Judiciary Platform that had initially supported the referendum, disagreed. Ertekin contended that the victory of one of the two “lists” that competed in the HSYK election resulted in the domination of the majority of the board by Gulen movement members, who had their own system of “co-option.”

The AKP government had no interest in the criticism of Ertekin then. But since December, when the political war between the AKP and the Gulen movement broke out with the “corruption investigation” of AKP ministers, things dramatically changed. The AKP itself became the most vocal proponent of the claim that it dismissed before: that the Gulen movement has a dominating presence in the HSYK and is using this power for its own political goals, this time for cooking up a “coup” against Erdogan.

That is why the AKP government passed hasty legal changes in February giving enormous powers to the justice minister over the HSYK in the wake of strong criticism that the independence of the judiciary was being undermined. In April, the Constitutional Court annulled most of these legal changes, referring to the principle of separation of powers enshrined in the Turkish Constitution.

Turkey is heading to the next battle for the HSYK with this background. Erdogan, who became president last month, already has the power to appoint four members of the board, and at least some of the six members that will come from higher judicial bodies might reflect his choice. But the race for the 10 elected seats of the HSYK will still be definitive.

As explained well in a recent Al Jazeera Turk story, there are two official blocs for the race: The “Unity in the Judiciary” list, which is supported by the government, and the “Yarsav” list, which reflects the more secular, Kemalist political line. Yet, the members of the Gulen community are counted as a big bloc as well, although they will probably run as “independent” candidates, not as a unified list.

How many individuals among Turkey’s approximately 12,000 judges and prosecutors support these blocs is only a matter of speculation. The proposed figure for the pro-government “Unity in the Judiciary” list is between 3,000 and 6,000 supporters. The secularist “Yarsav” is estimated to be 1,500 to 3,000 strong. The Gulen community is speculated to have 2,500 to 5,000 members or supporters.

The bitter truth is that whoever wins the race, Turkey will still be far from having an “independent and impartial judiciary,” an ideal to which everybody gives only lip service. The very nature of the race and the nature of competing lists reveal the real question at hand: Who will dominate the judiciary? The government? Or its foes?

Turkey will have a praiseworthy judiciary only when party affiliation, political ideology and religious community are not the primary values in the minds of judges and prosecutors — and when these officials uphold justice regardless of their identities. Only then can the courts become trusted arbitrators in the country’s vicious political wars for power. Right now, they only seem to be a part, or at least a victim, of those wars.