The minielection for the the Supreme Board of Judges and Prosecutors (HSYK) had a clear result: The government won, the Gulen movement lost. 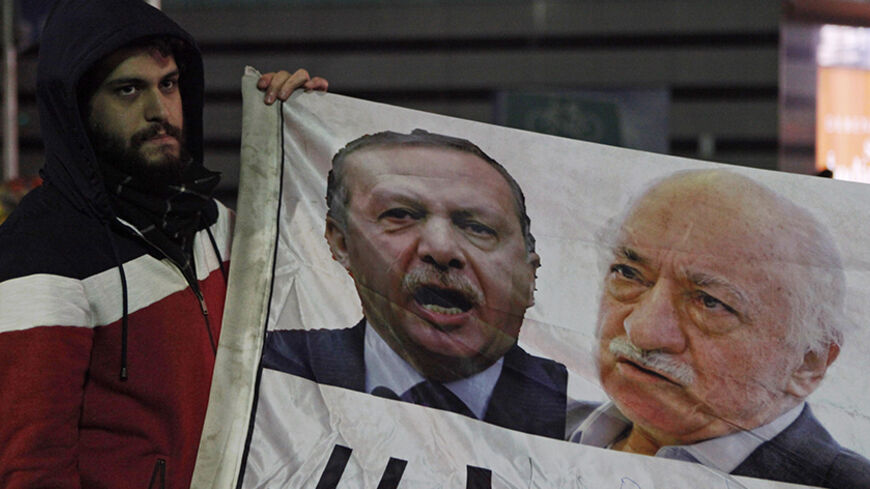 About a month ago, I wrote an Al-Monitor article on "The next battle for the Turkish judiciary." That battle was fought on Oct. 12, and the winner was the Justice and Development Party (AKP) government. The loser, at least in the eyes of many, was the AKP's former-ally-turned-enemy: the Gulen movement and its alleged network in the Turkish judiciary.

The battle in question was the minielection held to elect new members of the Supreme Board of Judges and Prosecutors (HSYK). This is a body that oversees the allocation, promotion or inspection of all judges and prosecutors all across Turkey. It is, in a sense, the government of the judiciary.

Since the constitutional amendments of 2010, 10 of the 21 main members of the HSYK are elected by direct vote among all judges and prosecutors across in Turkey, which make up some 15,000 people. The other 11 seats are filled by the justice minister, his undersecretary, four appointees of the president and several appointees by other bodies of the high judiciary. So, the government, and President Recep Tayyip Erdogan, would already have a say in the formation of the new structure of the HSYK. But they also saw it as imperative to block the members of the Gulen movement (real or perceived) from winning the 10 elected seats of the board.

That is why, in the weeks before the election, the government promoted a list of HSYK candidates who joined under the name "Unity in the Judiciary." One of their spokesmen said to the media that if they were elected, they would "work in harmony with the executive." A rival list was called Yarsav, which gathered more secular/Kemalist judges and prosecutors. Meanwhile, the Gulen-affliated members of the judiciary entered the race allegedly as "independents."

When the ballots were opened on the night of the elections, the result was clear: the Unity in Judiciary list had a sweeping victory, winning eight of the 10 seats. Independents only won two seats. Various voices in the Turkish media agreed on what this means: The AKP won, the Gulen movement lost. No wonder both Erdogan and Justice Minister Bekir Bozdag welcomed the results. "The nation has won," Erdogan said, as he typically says after every election he wins.

But what do these results exactly mean? What will it imply for the behavior of the Turkish judiciary for the next four years?

The certain result is that the Gulen movement will have less influence on judicial matters. There was speculation that in the old structure of the HSYK, 11 of its 21 members were members of the movement and were acting according to their sectarian prejudices. This will not be an issue in the new HSYK.

While this might be regarded as a step back for the Gulen movement, it might also be a blessing in disguise. The movement has so many assets in civil society (schools, media, nongovernmental organizations, companies) that losing its power within the judiciary (real, perceived or exaggerated) might help it refocus its energy on these civil areas and save them from political turmoil. That is, at least, my two cents.

But what will the new HSYK mean for Turkey itself? Does this signal a farewell to the separation of powers — the cornerstone of democracy? Does it mean that the all-dominant AKP government, which already has eroded many checks and balances on the executive, will grow even more powerful and authoritarian?

That is what many fear. They point out that the new HSYK is dominated by people who promised to "work in harmony with the executive." Since these members know that they owe their seats partly to the government's support, the argument goes, they will be subservient to it.

Others disagree. They point out that most members of the "Unity in the Judiciary" list that won the election are not AKP loyalists, and not even religious conservatives. The AKP, according to this argument, only gathered a diverse crowd of nationalists, social democrats and even secularists whose only common ground was to oppose the Gulenists. (Notably, the winner with the highest votes was Metin Yandirmaz, a chief prosecutor who was once a "suspect" in the "Ergenekon" investigation of hard-core secularists who were supposedly cooking up a military coup against the AKP government.)

We will see which of these views are true. But it is easy to tell even now that the existing method of electing HSYK members with votes for competing "lists" is actually unwise. This only contributes toward further politicization of the judiciary, which must be an independent and nonpartisan arbiter among different political camps.

For the future, a new system for HSYK formation must be sought out, one that will make sure that the board is not dominated by any of Turkey's bitterly opposed political camps. It is very hard, unfortunately, to bring these camps together in the first place to agree on how to create such a fair system. This is especially true when one of these camps, the AKP, continually keeps winning and grows ever-more ambitious for hegemony, while its opponents get more and more bitter and reactionary.