Prolonged hostage negotiations with the Islamic State are creating serious headaches for the Turkish leadership. 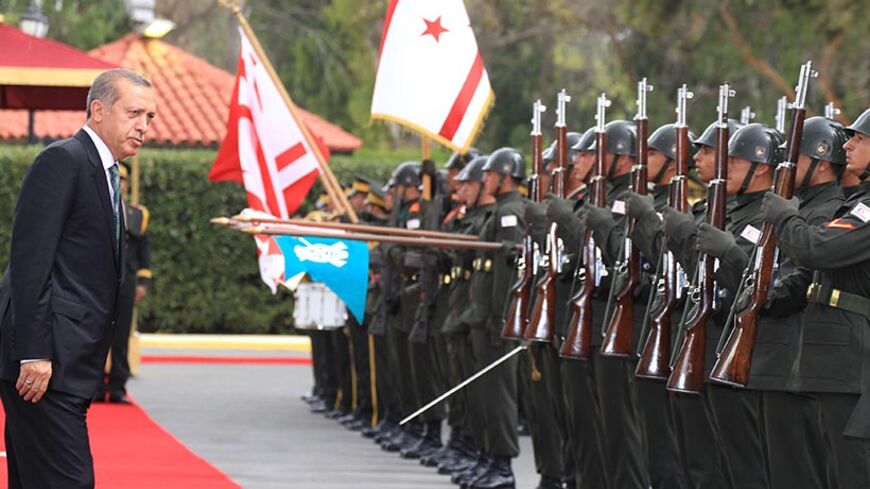 Nearly three months have elapsed since the Islamic State (IS) raided Turkey’s Mosul Consulate and took hostage 49 Turks, including Consul General Ozturk Yilmaz. The public, however, remains in the dark about what the government is doing to resolve the crisis, with many wondering if it is Turkey itself that has been taken hostage.

In addition to Yilmaz, 30 members of the Turkish Special Forces guarding the consulate at the time of the June 11 raid and 18 other consulate workers and their family members are being held.

President Recep Tayyip Erdogan and Prime Minister Ahmet Davutoglu have cited “delicate and complex negotiations” for the release of the hostages, but have divulged little else. The government has also used this argument to slap an injunction on reporting about the topic.

But the distraught families of the hostages in Turkey are increasingly angry and frustrated, and claim the government is not doing enough. They also have to contend with suggestions their loved ones may already have been killed. Daily reports about IS atrocities merely fuel these concerns.

Media organizations remain unhappy about the injunction, but the public's initial reaction was to accept the government’s logic and give it the benefit of the doubt. The mood, however, is changing as more time that passes since the hostages were taken, with Turkey no closer to a resolution.

Erdogan also failed to provide relief to the families of the hostages during an interview with Al Jazeera shortly after he was sworn in as president on Aug. 28. Repeating his previous line, Erdogan said, “Intelligence units are on the job trying to work the channels of dialogue,” adding his hope for a solution “that would not cause sorrow.”

Turning to his pet topic, Erdogan also blamed Syrian President Bashar al-Assad and the situation in Syria for spawning such radical groups. He failed again, however, to directly call IS a “terrorist group.” He also refrained from condemning IS atrocities in Syria and Iraq, which in many cases surpass those committed by Assad’s forces.

Erdogan continues to argue that he has to tread cautiously so as not to put the hostages in danger. “No one should expect me to provoke [IS],” he said in June when blasting critics accusing him of passivity toward this group.

At the time, IS held 80 Turkish hostages, including many truck drivers. Most were released later. This, however, only added to fears that the consulate captives are being held as bargaining chips while it is still not clear what position Turkey will take as Western-led military steps against IS increase.

Ankara’s overly cautious approach to the group is also being used by the opposition to undermine Erdogan and Davutoglu's claim that Turkey is a powerful and resourceful regional country that no one should take lightly. “No one should test Turkey’s strength,” then-Foreign Minister Davutoglu told reporters a day after IS militants overran the Turkish Consulate in Mosul.

The opposition and some family members of the hostages are not convinced. Muammer Tasdelen, three of whose relatives — including his 1-year-old niece — remain in captivity, claimed in July that the government’s statements on the topic were hollow. Issuing a press statement outside the courthouse in Ankara with Umit Oran, a prominent deputy from the main opposition Republican People's Party (CHP), Tasdelen alleged that the hostages had been left to their fate.

Tasdelen and Oran later lodged a criminal complaint against Erdogan, Davutoglu and Omer Onhon, the undersecretary at the Ministry of Foreign Affairs, alleging criminal negligence prior to the IS raid on the Mosul consulate.

Another CHP deputy, Ensar Ogut, visited the consul general's uncle in his village in the eastern city of Ardahan this week. Declaring that Turks had been told that IS would release the captives by Aug. 6, Ogut said that date had long passed.

“So I ask you, have these people been killed, or has something else befallen them? The state must provide correct information on this as soon as possible. Are they dead, and if not, where are they?” he asked. Yilmaz’ uncle Feridun Yilmaz questioned why Erdogan and Davutoglu could not save his nephew.

Meanwhile, Atilla Kart, another prominent CHP deputy, also weighed in this week claiming during a press conference that Turks currently make up 7% of IS members and that there is a steady increase in Turkish citizens joining the group.

Kart accused the government of not doing enough to prevent it. “It is clear that some associations, charitable institutions, Muslim theological schools and many other local organizations play an active role in persuading and helping people to join the terrorist group. Those groups are widely known both by the government and the public,” he said. “It is out of the question that police departments do not know about them.”

Keenly aware that this is the kind of negative publicity Erdogan and Davutoglu don’t need, sources close to the ruling party are in turn accusing the CHP of cynically using the hostages and agitating their families for political gain.

Suspicion that the government is unable to do anything for the hostages, however, continues to gain traction. Many believe that references to the “delicate negotiations” underway for the release of the captives and the injunction on reporting about the subject are attempts to buy time and prevent negative publicity for Erdogan and Davutoglu.

Meanwhile, the two leaders are also trying to ward off negative international publicity as media outlets around the world continue to speculate about whether Ankara is paying the price for having turned a blind eye to IS in the past.

Luay al-Khatteeb, a visiting fellow at the Brookings Doha Center, also contended in a recent CNN interview that Ankara is turning a blind eye to IS as it transports crude oil it seized in Iraq to Turkey, where it is refined locally and returned to Iraq and Syria to be sold to fund the group.

Ankara fervently denies such claims, while Davutoglu denounced Turks who allege the government has links to IS as traitors.

A report in daily Hurriyet after the Turkish hostages were seized nevertheless cited unidentified official sources who declared that Ankara has channels of dialogue with IS and was using them to try and negotiate the release of the Turkish captives.

One bit of good international publicity for Erdogan and Davutoglu was provided by the Financial Times, which reported Sept. 3 from Reyhanli, near the border with Syria, that Turkey’s tightened border controls “dramatically reduced the visibility of both smuggled goods and jihadist fighters in Turkish border regions.”

It is going to take much more than this kind of news, though, to secure the release of the Turkish hostages, and as long at their captivity lasts it will be a political headache for Erdogan and Davutoglu; especially now that many people are wondering if it is Turkey itself that has been taken hostage by IS.