Ennahda has hired PR giant Burson-Marsteller to boost the party's image ahead of next month's elections. 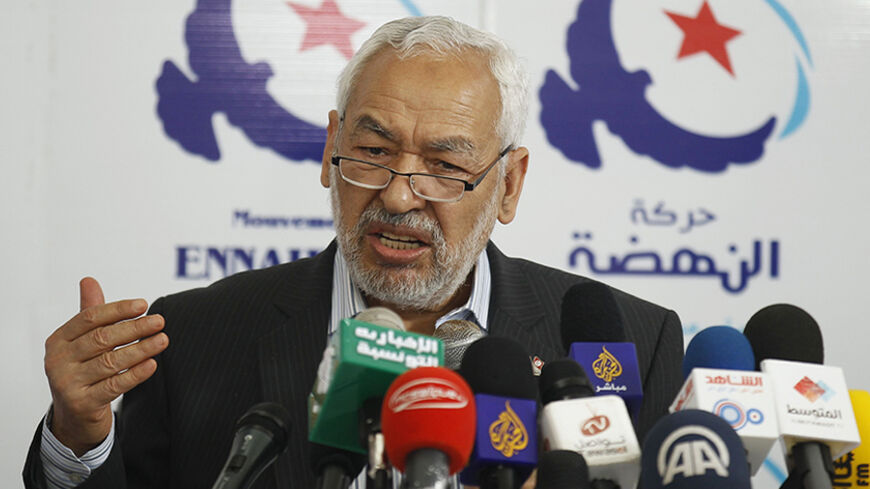 Tunisia's Ennahda movement has hired public relations giant Burson-Marsteller to boost its image in the United States ahead of elections that could see the Islamist party return to power.

The public relations push by the Muslim Brotherhood-inspired group comes as the Barack Obama administration has declared war on Islamists in Iraq and all but signed off on the military coup that deposed its ideological brethren in Egypt. Ennahda, by contrast, is keen to maintain good relations with the United States, which has provided an economic lifeline to the struggling nation.

"They still have to live down the reputation of Islamists coming to power in the Middle East," said David Ottoway, senior scholar with the Wilson Center's Middle East program. "I think they're anxious to show that there is a side of the Islamists that believes in democracy."

Burson-Marsteller signed a contract with Ennahda's London office, according to lobbying reports filed with the Department of Justice. The bare-bones document indicates that the PR firm has agreed to "arrange meetings between Ennahdha representatives and stakeholders" and "encourage support for free and fair elections in Tunisia" with the goal of providing Ennahda "support on media and stakeholder outreach in advance of upcoming elections."

"Fees and expenses," the documents assert, will be "determined at a later date."

Burson-Marsteller did not immediately respond to a request for comment.

Ennahda is a front-runner in the Oct. 26 parliamentary elections alongside secular party Nidaa Tunis. It has decided not to contest the presidential elections, whose first round is Nov. 23.

The Islamist party won the 2011 elections that followed the ouster of longtime strongman Zine El Abidine Ben Ali. Ennahda ceded power to a technocratic caretaker government in January following a political crisis prompted by the assassination of a leftist politician.

Now, the party hopes to regain power in a new coalition government while keeping US aid flowing. The Obama administrations has asked Congress for $66 million in aid for Tunisia in its FY2015 budget request, while approving almost $1 billion in loan guarantees since the Arab Spring uprisings.

Ennahda is leaving nothing to chance.

Party leader Rachid Ghannouchi is back for a whirlwind US tour next week, his fifth since 2011. On Sept. 29, he's expected to address the US Institute of Peace, followed by meetings with State Department and National Security Council officials and congressional staffers on Capitol Hill.

"Obviously, Ennahda is very interested in having good relations with the United States," said Radwan Masmoudi of the Center for the Study of Islam and Democracy, which is helping organize Ghannouchi's visit.