The continuing infiltration of Syrian fundamentalists and terrorists into the southeastern corner of Lebanon might lead to a clash with Israel, or to Sunni-Shiite strife in the already tense areas. 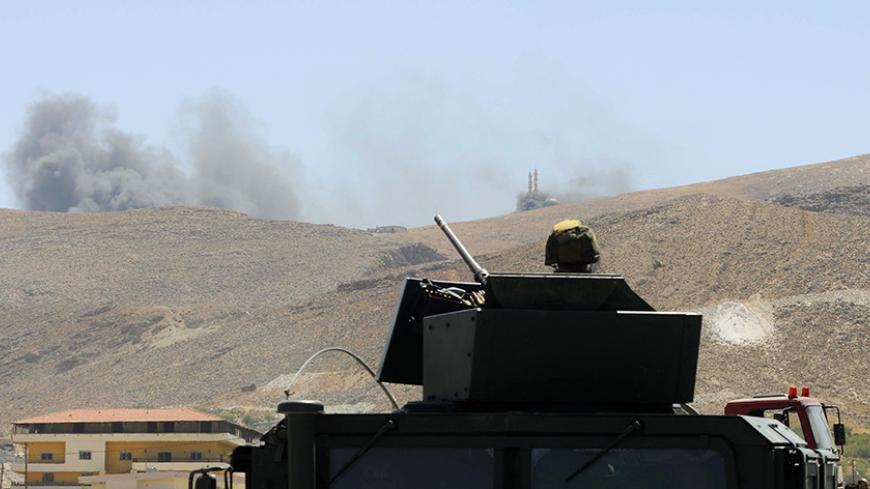 Sources close to Hezbollah said the Shiite organization has been voicing growing concern about repeated infiltration by armed Syrians from Syria into the western Bekaa Valley, to the southeastern corner of Lebanon. This region, which constitutes a border triangle between west Lebanon, east Syria and south Israel, has undergone recurring clashes and gunfire.

Official security forces have managed twice within the past few weeks, on July 3 and on Aug. 28, to arrest a number of these armed militants. However, many questions hang over other cases of infiltration, which have yet to be controlled by Lebanese security forces. Some of these questions are about the number of Sunni fundamentalists who have crossed the border from Syria into Lebanon in the western Bekaa Valley.

The same sources explain that Hezbollah has concerns about this phenomenon for several reasons.

First, in the most simplistic approach, this new border gap has given access for armed Syrians affiliated with Sunni fundamentalist or terrorist organizations to come into Lebanon. This gap is added to the great breaches taking place in the northeastern corner of Lebanon, in the region of Arsal.

The mere mention of this fact suggests the risk that this southern corner — similarly to the northern one — is a ticking bomb that could explode at any moment, whether in clashes with the Lebanese army as happened in Arsal, or with Hezbollah fighters directly. The infiltration into Arsal led to a fierce battle between Sunni fundamentalist militants, affiliated with the Islamic State (IS) and Jabhat al-Nusra, and the Lebanese army on Aug. 2.

The situation in this area is also a ticking bomb, as a number of Lebanese soldiers have been kidnapped by militants, two of them were beheaded and the third was also executed, while the rest were threatened with death. The last victim was a Shiite soldier belonging to a large Shiite clan from the Bekaa Valley, which could portend sectarian retaliatory actions in the eastern areas of Lebanon. What if another new battle with all the explosive ingredients were added to the open battlefield?

Second, as in the case of Arsal, the infiltrating armed Syrians belonging to Sunni terrorist organizations are mostly headed toward Lebanese territories with a Sunni majority. This would provide these militants with a certain level of protection, since the Syrian areas adjoining the Lebanese Shiite-dominant areas have failed in opening sustainable gaps on the border. On the contrary, these gaps were permanently closed after military clashes with armed militants — which Hezbollah had settled to its advantage — as was the case in the Syrian city of Qusair on June 5, 2013. However, now this settlement seems impossible as the infiltrating militants have been heading to Sunni areas in Lebanon for more than two years, similar to the what happened in Arsal, and as it is feared today in the western Bekaa Valley.

Third, this region is particularly vulnerable, as it is adjacent to the border with Israel, which would place Hezbollah in a more delicate position. What if these militants turned their guns to the south, firing rockets to Israel and provoking clashes, which has occurred many times in the past few weeks?

This could spur Israel into action; this situation has so far been under control, but could at any time spell doom if the gap gets wider on the entire southern Lebanese border. Hezbollah would be caught between fires: either clashing with the Israeli army at a bad time not of Hezbollah's choosing, or targeting the militants, and thus appearing to be protecting the border with Israel.

Fourth, there is another threat resulting from the infiltration in the southeastern corner of Lebanon. Sunni fundamentalists coming from the Syrian regions of Daraa and Houran would be in direct contact with Shiite regions in southern Lebanon. They could also threaten to form a Sunni fundamentalist hotbed with the militants from Arsal, wrapping around the Shiite Bekaa Valley, amid the peak of the Sunni-Shiite tension along the border between Syria and Lebanon, and inside Lebanon itself.

Thus, the infiltration of Syrian militants not only threatens to trigger a potential clash with Israel, but also to incite Sunni-Shiite strife in very critical Lebanese areas, which are, first, adjacent to Israel and, second, constitute a strategic stronghold for Hezbollah.

All this may be behind the increased infiltration, especially in light of what is happening in Syria, from Quneitra to the Golan Heights. This causes concerns for Hezbollah, and calls for more than just shedding light on it.