Israel’s largest land grab in 30 years on the heels of the Gaza war threatens to head off Palestinian President Mahmoud Abbas’ presentation of a new peace plan. 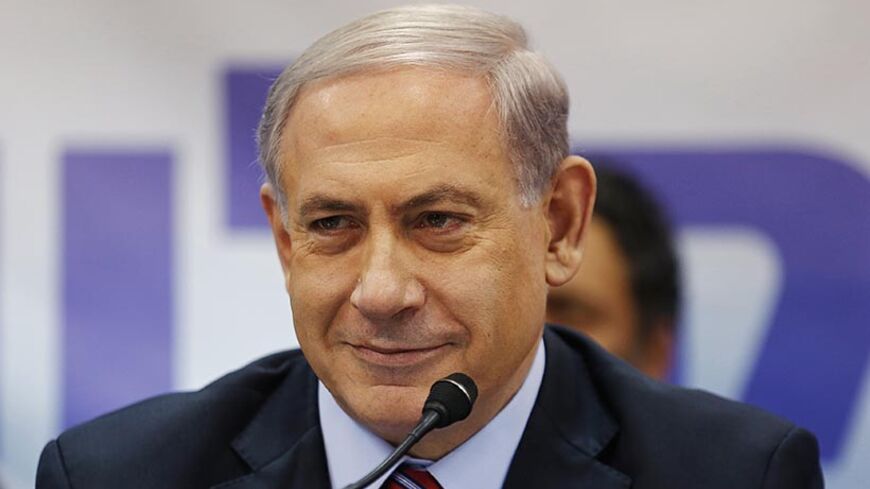 The largest land grab in 30 years announced Aug. 31 covers nearly 4,000 dunums (1.5 square miles) south of Bethlehem. Despite the fact that a brutal 51-day war on Gaza nominally resulted from the deaths of three Israeli settlers, Israel radio said that the land grab was revenge for the killings back in June.

This time, it's different. The order issued by the military’s civil administration unit declares the confiscated land “state land” and therefore destined for the expansion of Jewish-only settlements in the occupied territories. Speaking on Palestine TV, Palestinian land expert Khalil Tawfaqji said that if the area is indeed state land, the UN-recognized state of Palestine should be the party to claim it and not the Israeli occupiers.

It is not clear whether this massive land grab is some kind of payoff to right-wing Israeli officials or a response to the as yet undeclared Palestinian initiative. Palestinian President Mahmoud Abbas said that his government will present a "surprise" plan to US Secretary of State John Kerry on Sept. 3 and the Arab League’s foreign ministers meeting on Sept. 7. Little details have emerged, but Abbas said in a TV interview that the Oslo-declared idea of Areas A, B and C will no longer be tolerated in the state of Palestine.

By resuming land confiscation, the Israelis are signaling that the so-called new regional understandings with Abbas and moderate Arab countries are figments of the imagination of Israeli Prime Minister Benjamin Netanyahu. Jordanian newspaper Al-Ghad first reported that Netanyahu and Abbas met secretly in the Jordanian capital Amman, under the sponsorship of the Jordanian leader on the eve of the permanent cease-fire agreement.

Some commentators have been pushing for Israel to strengthen the Ramallah-based leadership. Israel’s Peace Now movement called the land capture a stab in the back for Abbas. Jordan and the United States have both publicly condemned the land grab. Washington even called on Israel to rescind its decision. Hanan Ashrawi, a PLO executive committee member, called the Israeli actions a sure path to war, saying, “Today’s announcement clearly represents Israel’s deliberate intent to wipe out any Palestinian presence on the land and to willfully impose a de facto one-state solution.”

The post-Gaza war period has brought further bad news for the Palestinians. The highly praised national unity forged in blood during the war seems to be crumbling. Abbas publicly scolded Hamas for allowing the war to continue and for creating a shadow government in Gaza, despite agreeing to a unity government headed by Prime Minister Rami Hamdallah. Palestinians are worried that if the national spirit that grew during the war evaporates, it will be difficult for the reconstruction process to take place in Gaza. Some reports coming from Gaza said that Hamas is offering $2,000 in emergency financial aid to every family that lost a home.

Fatah has announced that its seventh congress, which was to open in August but was delayed by the war, will be held as soon as possible. Speaking at a Ramallah meeting of local Fatah leaders, Abbas said that the time has come for a young generation of leaders to take the torch and continue the struggle. Abbas is hoping that the Fatah congress will be followed as soon as possible by national Palestinian elections. He has said repeatedly that he doesn't plan to run for president.

For the time being, it is important not to lose the positive momentum that was created during the war on Gaza. Overcoming these problems and benefiting from world sympathy will certainly require serious efforts by the most senior Palestinians, including Abbas and Hamas political leader Khaled Meshaal. Absent genuine national unity, Israel and others in the international community will not feel pressured to respond to any political peace initiatives.