Although Israel is increasingly uneasy about the possibility of US-Iran cooperation in fighting the Islamic State, Israeli security officials say the emergence of a regional Islamic caliphate would be a strategic disaster. 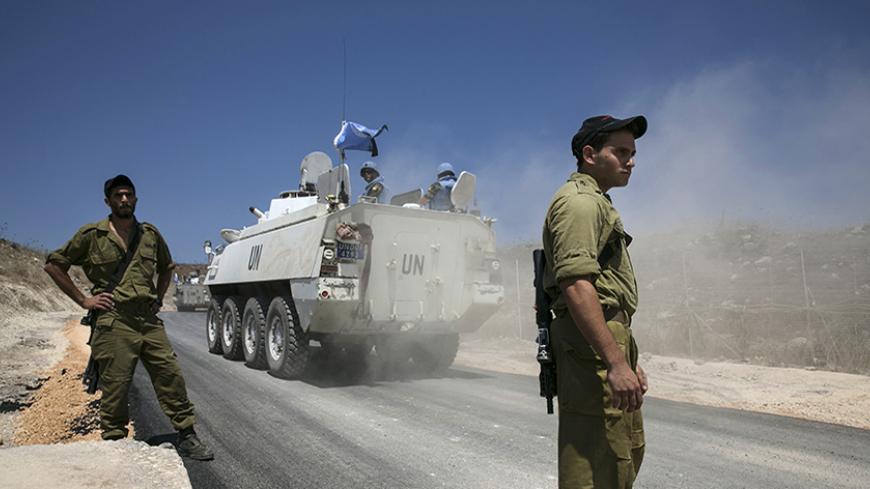 Lately, no one in Jerusalem or Tel Aviv has any clue about what to do about regional and global developments. Are they good? Are they bad? Are they both good and bad? A case in point was when Hamas and Fatah suddenly agreed to reconcile and Palestinian Authority President Mahmoud Abbas established a unity government, which faced harsh criticism from the government of Prime Minister Benjamin Netanyahu. With the encouragement of Netanyahu himself and his Defense Minister Moshe Ya’alon, the unity government became Israel’s “Great Satan.” Then the Operation Protective Edge war erupted in Gaza. When it ended, everyone begged Abbas and his government of technocrats to come and save the day, deploy at the Rafah crossing and give everyone a ladder to get off their high horse.

There are many other such examples, one of which (as reported here previously) is how the insurgents were taking over the Golan Heights. Israel has yet to decide what’s better: Having the Golan Heights under the control of Syrian President Bashar al-Assad or see his grip waning in favor of sub-state chaos governed by ephemeral insurgent organizations. While we are still weighing this, reports started appearing about Iranian cooperation with the United States in the war against the Islamic State (IS). It began with accounts noting that Supreme Leader Ayatollah Ali Khamenei issued a special fatwa, rendering legitimate the assistance to the United States in its war on the insane Sunni “infidels” from IS. Reports then followed that both countries, which are pitted against each other in a forceful struggle relating to Iran’s nuclear program, were indeed coordinating their positions and collaborating to stop IS. Although these reports were denied, Jerusalem did not completely take those denials at face value. The distrust of Washington runs so deep that no one among Netanyahu’s associates takes the White House or State Department’s official versions seriously. Until not long ago, an Israeli prime minister was able to hold intimate talks with the American president, asking the toughest questions and getting straight answers. No more. The line of communication between Jerusalem and Washington has gone cold and intimacy has gone into the deep freeze.

“The only two countries in the world that divide the globe into [regional] commands are the United States and Iran,” a high-ranking Israeli military official told me last week. “Iran sees itself as a power and, like the United States, it divides the world into commands. Each such command is overseen by a different body in the Revolutionary Guard. This is how the Iranians perceive themselves. Their conduct, geopolitical constructs and even their nuclear race all stem from this outlook.” The senior military official referred to the rise of Iranian President Hassan Rouhani to power as a “strategic event,” thus using the exact turn of phrase that I heard from another military official, a very senior one, a few months ago. This complements a very clear picture: The majority of top Israeli defense establishment officials believe that a big strategic watershed, which has yet to take final form, is unfolding in Iran. Where this event will take Iran and what its final results will herald remain to be seen. According to the opinion of many of the people holding the most sensitive positions in the Israeli military and intelligence community, what is clear, however, is that something is going on.

It is against this background that the cooperation between Iran and the United States — even if the reports are grossly premature — could prove to also be a positive development and not necessarily just a negative one. On ordinary days, news about any kind of rapprochement between Washington and Tehran would have sparked a big wildfire and panic in Jerusalem, which would have raised a hue and cry. This week it was conducive mainly to embarrassment and the usual whining by Netanyahu’s associates about US President Barack Obama’s policy. But in the backrooms, defense officials analyze the situation somewhat differently.

For sure, they are concerned lest this cooperation lead to a rapprochement that is too close for comfort, possibly causing the Americans to be far too lenient in the nuclear negotiations, which Jerusalem considers to be fateful for Israel’s future and national security. On the other hand, Israeli defense officials acknowledge that so far the world powers, led by the United States, have been conducting themselves “surprisingly well” in terms of the nuclear negotiations. “They stand their ground and will not be pushed around,” officials from the Israel Defense Forces (IDF) and the intelligence community are saying. So why would they chicken out now?

This discussion could come in tandem with the emerging Israeli position regarding IS. Netanyahu is trying to draw an analogy between IS and Hamas, although so far with only partial success. Indeed, both cases involve extreme Sunni organizations that do not spurn terror. However, Hamas has yet to decide whether to resort to beheading its rivals. So far, it has made do with firing point-blank at the knees of their Fatah comrades and throwing dozens of them to their deaths off the rooftops of high-rises in Gaza during their takeover of the Gaza Strip in 2007.

“Presently, IS poses no potential threat to Israel,” a senior Israeli officer who is well versed in the inner workings of this organization told me this week. “This force is insufficiently organized and is ill-equipped. It is riding the wave of enthusiasm and panic that it has elicited in the region. It has yet to engage a regular, trained and determined military. And when that happens, we believe that the results will be different. Already now, as soon as the Kurds received assistance and propped up their lines, the dismantling of this front was completed,” the officer noted.

But there’s more. “An Islamic caliphate here in the region would be a strategic disaster,” the officer said. “The biggest fear is of a virulent plague of extremism that will suck in everything in its path. If those people really succeed in establishing a radical Islamic state that terrorizes the region, they might grow rapidly and rally massive support. Before we know it, it could potentially spiral from a negligible tactical event into a strategic catastrophe, which would take generations to overcome. This locomotive,” the officer said, “should be stopped in its tracks and derailed now, before it gathers momentum.”

I asked him if the Americans got this. “I think so,” the officer replied. “It took them a couple of days or maybe weeks, but now you see that they’re organizing quickly and that they got the point. The Europeans, too, are starting to grasp the new reality.”

He continued, “For now, so it seems; but there’s no full guarantee of that. When it comes to such organizations, airstrikes alone just won’t cut it. Radical Islamic terror in our region was eradicated only when massive force was used and only when the ground was scoured, from village to village and from house to house. This is exactly what we did during Operation Defensive Shield in 2002 to stop the deluge of suicide bombers. And that’s exactly the difference between the Gaza Strip and Judea and Samaria. We are not in the Gaza Strip. All we do is to threaten it with airstrikes, which is why it builds up and becomes increasingly deadlier with each round. By contrast, we are deployed in Judea and Samaria. We take out in real time any terrorist who rears his head. We have active intelligence in place. We know the terrain. And that’s why terror cannot rear its head.”

This also has serious repercussions on the peace talks and the future of the diplomatic negotiations. Netanyahu hopes that the world will understand him better now. The world — I believe — doesn’t quite get him yet. Eventually some will understand, even if they learn their lesson the hard way.