“Palestinians in Israel are a national minority that deserves cultural autonomy,” says Iyad Bargouti, acting director of the Arabic Culture Association, which promotes the establishment of a new Palestinian cultural center in the city of Haifa. 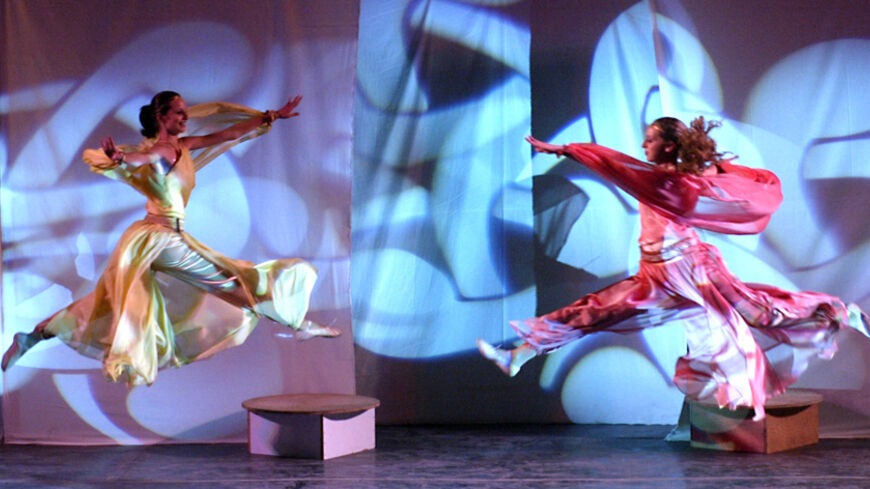 History was made Sept. 14 at the Al-Midan Theater in Haifa. It was the first time that the theater, founded in 1995, performed a play in Hebrew. "Oved Shabbat" (“Quieter Days”) was directed by Sinai Peter and written by playwrights Hanna Eady, a native of the Druze town of Peki’in, who now lives in the United States, and Edward Mast. The play was originally written in English and then translated into Hebrew. It will one day be performed in Arabic as well.

“This isn’t an act of coexistence,” says the theater’s artistic director, Salwa Nakara. “We liked the writing and the play’s approach,” she clarifies, “and we thought that presenting it to a Hebrew-speaking audience was the right thing to do. Our voice won’t be heard without Hebrew. Much to our chagrin, Israel today has yet to realize the importance of understanding the Arabic language.”

Eady, who is married to an American Jew, was recently interviewed by Israeli daily Haaretz. The paper described him as someone “who believes in theater as a means of bringing about social change, and therefore insisted on his play being performed in Hebrew 'to connect with the Israeli audience.'” The article claimed that the decision “required courage from the theater’s manager, Adnan Tarabash, who is now being criticized by the Arab public for making this decision.”

Underlying this criticism is the Arab public in Israel's increasing disappointed over the results of its efforts to integrate into the Israeli mainstream. Arab-Israelis now want to make the theater exclusively their own. There are very few cultural islands in Israel with a distinctively Arab identity, and the theater usually avoids collaborative efforts solely for the sake of “coexistence.” In this sense, Haifa serves as a safe harbor for Arab artists. It has become a cultural “city of refuge,” much like Tel Aviv is for Jewish artists and performers.

Nakara feels hopeless about the theater establishment in Israel. The Haifa Theater recently ended its run of the play "Ruach Yam" (“Sea Breeze”), in which she appeared, after just 15 performances. Apparently, the audience had protested against the presentation of the Palestinian narrative.

“We worked on all sorts of collaborative ventures, but they were always under Israeli patronage. It’s actually a form of cultural imperialism, so we said, ‘Enough! We’re tired of it.’” She goes on to explain, “There were good years in which we could be creative within the establishment and have our voices heard, but those times have passed. My culture, my language and my very essence are of no interest whatsoever to the theater establishment.”

According to Nakara, the very expression “Arab-Israeli” has become objectionable. She and many others like her now define themselves as “Palestinian residents of Israel,” and want to set clear boundaries to define their autonomous cultural identity. This is happening in Haifa through a preponderance of Arab theaters, galleries, cultural centers and artistic ensembles.

“Palestinians in Israel are a national minority that deserves cultural autonomy without it coming under the control of the establishment,” says Iyad Bargouti, acting director of the Association for Arabic Culture. In 2015, his association plans to establish an Arab cultural center in the old Haifa Chen Theater, just a few dozen meters from the Al-Midan Theater. The new center is planned to serve as a hub for cultural activity by providing space for multidisciplinary arts. It will house a small movie theater, a sculpture gallery and a library.

“Haifa was an urban cultural center before 1948,” he recalls, “and it has become that once again for the Palestinian-Arab citizens of Israel. Due to the presence of academia, government institutions and public services, it has been attracting middle class residents, who migrate to the city in search of an urban living space. There are high concentrations of cultural figures here and of cultural and artistic consumers. We want Haifa to be like Tel Aviv and see it become a city with rich cultural activity. We want Haifa to really become the cultural center of Palestinian Arab society in Israel.”

While Nakara and Bargouti are active in Haifa, they regard themselves as representatives of Arab society throughout all of Israel. “We put on three or four plays a year and have dozens of collaborative ventures,” Nakara says. “We appear everywhere from the Negev to the Upper Galilee. We start theater groups in the villages and are even trying to create a street theater. Our work is based on the fact that we roam throughout the entire country. We have to be as mobile as possible to reach people and bring awareness of Arab cultural endeavors wherever we go."

“There is a public here with a common cultural denominator, but they lack the necessary infrastructure,” Bargouti explains. “The center that we are establishing will recreate Palestinian Arab culture.”

Bargouti and Nakara both believe that the younger generation “has forged its own independent identity," saying, "It has defined itself and its actions. It feels less and less connected to its Israeli existence.”

One member of that generation is the theater artist Bashar Murkus. Although he is just 22 years old, he already has a rich resume in theater and in teaching at Haifa University. “Security Prisoners,” a play that Murkus wrote and directed, is currently being performed at Al-Midan, while at the same time he is working to create a new theater space in Haifa’s Lower City.

As someone born in the northern Arab village Kafr Yassif, Haifa was a sanctuary, a refuge for Murkus. “Haifa absorbs young students and artists from across the entire country,” he says. “They leave their villages and discover that in Haifa, they have the freedom to do and see and say what they want. As an artist, I am working to preserve Palestinian identity, the language, so that it is not erased, so that I can remain who I am.”

He also claims that Haifa’s reputation as a center of Arab culture is a direct continuation of its past. “Haifa was always like that. It was a place of Palestinian culture even before there was an Israel,” he says. “Even today, you won’t find a separate, independent space for Palestinian culture in Jaffa. It succeeds in Haifa, which is why everyone wants to come here. Every part of a democratic society needs a place to express itself. For Palestinian culture, that place is Haifa.”

Bargouti makes a point of saying, “The center will be open to everyone. It is not intended for Arabs only. Everyone should want to get acquainted with Arab culture.” Murkus sums it up: “I am a Palestinian artist, but I cannot be oblivious to the reality in which I live. The country is Zionist, and the university in Haifa is Zionist. There is an Israeli flag at the entrance, and I would not say that it is my flag. But still, I do have what to say there, what to change there and what to research there.”