Despite Operation Protective Edge, large swaths of Israeli society still consider their socioeconomic situation as priority No. 1 and the politicians are listening. 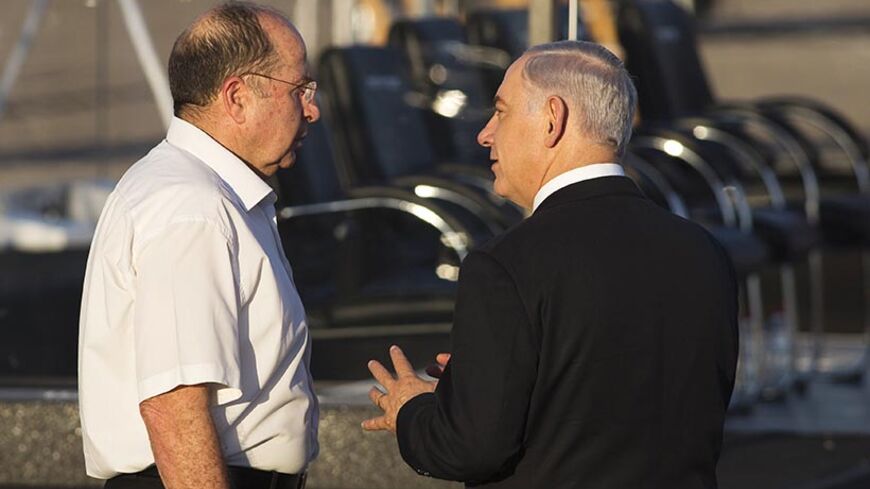 “Yesh Atid was elected to the Knesset on the back of the social protest and it looks like they are also going to re-ignite it. … If the Treasury presents an anti-social budget proposal [for 2015], it will find that Operation Protective Edge is not the last operation with which it is confronted. 'A social Protective Edge' will be placed at its doorstep.”

Knesset member Eli Yishai of the Shas Party posted this gloomy forecast Aug. 31 on his Facebook page, following the government’s decision on an across-the-board budget cut of 1.9 billion Israeli shekels ($542 million), including the education and health budgets, to fund Operation Protective Edge. This is, of course, a confrontational and disparaging statement by Yishai against his political rival, Finance Minister Yair Lapid, who left Yishai and his other Shas friends out of government. But there’s a grain of truth even in such political bickering. In this case, Yishai scored a direct hit on Lapid’s soft underbelly, given that Lapid was catapulted into the Finance Ministry on the back of the social protest that erupted in the summer of 2011.

It would be a serious mistake to declare the social agenda and the protest spirit dead in the face of the broad-based budget cuts and the prime minister’s unequivocal support for the new defense budget demands. True, Defense Minister Moshe Ya’alon is conducting an effective campaign for a budget increase to pay for Operation Protective Edge and the threats from the north, to the enormous tune of 20 billion Israeli shekels ($5.7 billion), but his demands are being met by a combative and well-prepared opposition.

It’s not just the expected criticism on the part of political rivals, but mostly a new discourse that has become entrenched in the Israeli public since the social protest. This discourse is also being led by social agenda organizations, journalists and even social networks, which have become a sort of tie-breaking weapon in the struggle over a social agenda. This is a kind of reversal of consciousness that started three years ago and keeps spreading and putting down roots.

On Aug. 4, a stormy Knesset session was held despite the summer recess to debate Operation Protective Edge and the budget cuts. The opposition presented serious socioeconomic arguments challenging the concept that “the security agenda is paramount.” In the coming weeks, and as the 2015 budget deliberations move ahead, including attempts to push through Lapid's zero VAT housing bill, the battle between the two agendas — the security-related versus the socioeconomic — will continue to engage and fire up the political system and the media.

Two days earlier, Ya’alon showed up at the annual conference of the Israeli financial daily Calcalist, and said why he needs an additional 20 billion shekels for the defense budget. According to him, the direct cost of Operation Protective Edge totals 9 billion shekels ($2.8 billion). “We hit more than 6,000 targets; precise intelligence is required to hit those targets and intelligence costs money,” he said.

He went on to say why he requires an additional 11 billion shekels ($3.1 billion): We must prepare to deal with terrorist organizations, he said, and command and control systems were more expensive than in the past. He also said that the Iron Dome anti-missile defense spared the Israel Defense Forces (IDF) from having to occupy Gaza, but an interceptor rockets cost $100,000 each “and that’s huge.”

Toward the end of his remarks, Ya’alon took time out to reflect on social issues and said he recognized the importance of education and “the right allocation has to be found.” In the same breath, he quoted Israel's first prime minister, David Ben-Gurion, who used to say, “The Arabs can lose one war, Israel cannot lose even one.”

On the face of it, Ya’alon’s address included all the right elements for a postwar “budget increase” speech. He said one cannot gamble on defense and asked for money to deal with the Islamist threat in the north. But not a word was said about a diplomatic horizon and economics.

Ya'alon's stand is backed by the prime minister. Nevertheless, it received criticism from all fronts, be it defense hawks within the coalition or outside of it. As did former Defense Minister and current Environmental Protection Minister Amir Peretz of the Hatnua Party, who voted in the government against the across-the-board budget cut; and Knesset member Omer Bar-Lev, a member of the Foreign Affairs and Defense Committee and a member of the Labor Party.

Bar-Lev offered a coherent argument in the spirit of the social protest and a change of priorities. According to him, the last round of fighting did not prove that the defense budget must be increased; on the contrary, it justified the cuts made so far. His explanation: “During the operation, the IDF carried out all the missions with which it was tasked in an optimal fashion — all the echelons who reported to the Defense and Foreign Affairs Committee said so. So far, I’ve not heard of a single mission that was not carried out due to lack of equipment or resources. It’s important to remember: Protective Edge lasted 50 days, three times as long as the [1973] Yom Kippur War. … It looks like the cut in the 2013-2014 defense budget was worthy and did not undermine our defense.''

Naftali Bennett, the economy and trade minister and chairman of HaBayit HaYehudi Party, also voiced criticism of the defense system’s budgetary demands, summing it up as he often does with a catchy phrase: “If they trim the fat, they’ll get more; if they don’t — they won’t.”

In his address to the Calcalist conference this week, Bennett said, “The median income in Israel stands today at 6,000 shekels ($1,700), meaning half the country’s citizens earn less than that. That’s why we have to find out where the Defense Ministry’s money goes. Can we honestly say that every shekel produces additional security?”

Bennett’s comments are taken directly from the social discourse, and they are designed to appeal to those among the Israeli public who continue to propel the dream of a new economic order. This is a sober public, still seeking a serious answer to the question, “where is the money?” — one of the rallying cries of the 2011 social protest. This is a new generation well represented in the Knesset by Labor’s Stav Shaffir, a generation that is demanding to see an exact accounting of the budget pie and is even interested in pension savings, a generation that cannot be intimidated by meaningless figures or gloomy security predictions.

Bennett knows it. Like Lapid, he was carried on the wings of the social protest to the Cabinet table. And as one experienced in sensing the pulse on social networks, he understands full well that he cannot cut himself off from the social agenda. This agenda is still alive and kicking and will keep influencing political alignments in the next elections, too.