For now, Republicans have abandoned their Iran sanctions push as the fight against the Islamic State takes front stage. 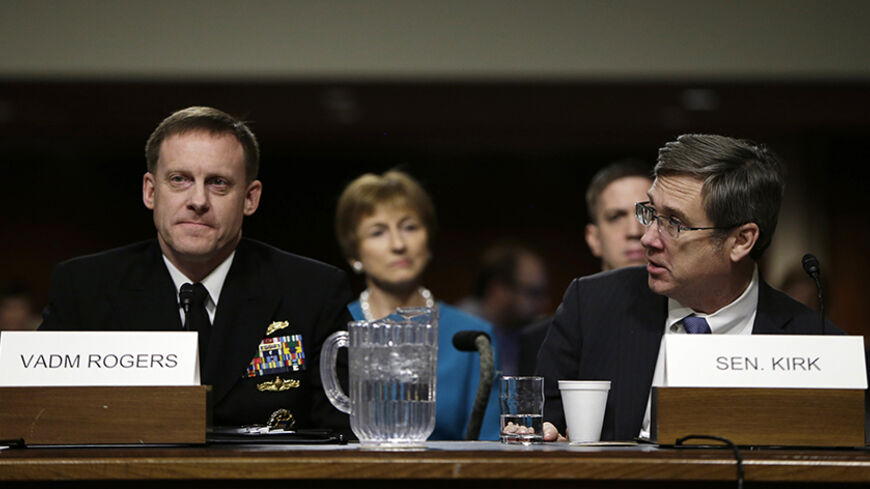 Remember Iran? The dominant foreign policy issue of the past year has fallen by the wayside as Congress focuses on the rise of the Islamic State (IS). Republicans who just months ago vowed to use every tool at their disposal to force a vote on new sanctions in the Senate have shelved those plans, and even the GOP-controlled House isn't scheduled to hold a single hearing before the midterm elections.

The shift in focus has given President Barack Obama's negotiating team welcome breathing room as it pursues a nuclear deal in Vienna, even as congressional skeptics fret that Iran will take advantage of the lull in attention.

"The negotiators need the room to work," said Sen. Tim Kaine, D-Va., chairman of the Senate Foreign Relations panel on the Near East. "And I think maybe a little bit less pushing and pulling from this angle may help that work be done."

"I am worried that if we all focus on Iraq and miss nuclear weapons in Iran, we have the danger of missing the biggest threat to international cohesion and the security of the US," said Sen. Mark Kirk, R-Ill., the co-author of sanctions legislation that Senate Majority Leader Harry Reid, D-Nev., has blocked from getting to the floor. Kirk told Al-Monitor that Republican pressure to get a vote on the sanctions bill he co-sponsored with Foreign Relations Chairman Robert Menendez, D-N.J., has "definitely dissipated."

The administration has warned that any new sanctions bill could derail the talks.

Some lawmakers sought to frame the issue as another foreign policy failure for the Obama administration.

"It just shows you the depth of the number of problems we really had that those very serious issues, under normal circumstances would be occupying all of our time and attention, are on the back burner," said Senate Foreign Relations member Ron Johnson, R-Wis. "It weakens our hand even further, and strengthens Iran's hand."

The top Republican on the committee, Sen. Bob Corker, R-Tenn., also took note of the change in focus toward IS, also known as ISIS.

"There is only so much the American people can digest at one time," Corker told Al-Monitor, "and I do think that ISIS has certainly taken the air out of the room, for understandable reasons."

Even some Democrats are worried that the Iranians could take advantage of the situation.

"I do think that they now know that the world is distracted with other things, like ISIS," said Rep. Eliot Engel, D-N.Y., the top Democrat on the House Foreign Affairs Committee. "And I think that they're going to use that, figuring that we might not be willing to stand up to them because we're so preoccupied."

Foes of the Iranian regime have sought to put the pressure back on by highlighting the country's role in the rise of Islamic terrorism.

"It is common knowledge that the Iranian regime has been the epicenter of Islamic extremism and the central banker of terrorism ever since it came to power over three decades ago," Soona Samsami, the US representative for the National Council of Resistance of Iran, told Al-Monitor in a statement.

"From a strategic perspective, therefore, dealing with Tehran’s attempts to obtain the nuclear bomb, its sponsorship of terrorism, as well as its brutal treatment of Iranian citizens, should remain the focus of the administration," she said. "No policy in thwarting the threat posed by the Islamic extremists, including the anti-Islamic IS, would prove effective unless the Iranian regime is kept out of the equation, and its influence eliminated."

Likewise, Republicans on the House Foreign Affairs Committee used a hearing on Hamas supporters earlier this week to call out Iran.

"For all that we know of the relationship between Iran and these terrorist groups, the administration has ignored all of this in pursuit of its weak nuclear deal with Iran," Middle East panel chairwoman Ileana Ros-Lehtinen, R-Fla., said in her opening comments at the hearing. "In fact, the Iranian regime’s support for terror, its ballistic missile program or its human rights record aren’t even on the table in these negotiations, so while we continue to give away the store, we strengthen and legitimize Iran and embolden other actors who see just how naive we truly are being to this threat."

Proponents of a nuclear deal with Iran, by contrast, are breathing a sigh of relief that Congress has been sidelined.

"It does help Obama not to have to negotiate in public with Congress while he's negotiating in private with Iran," said Trita Parsi, founder and president of the National Iranian American Council.

Parsi added that repeated reports by the International Atomic Energy Agency (IAEA) concluding that Iran has abided by its obligations under the interim agreement with regard to uranium enrichment have "taken a lot of poison out of the atmosphere."

Israel, preoccupied with this summer's war in Gaza, has also taken the heat off Iran, further contributing to the lull in Congress. While Prime Minister Benjamin Netanyahu has repeatedly called a nuclear Iran an "existential threat" to Israel and denounced last November's interim agreement as a "very, very bad deal," Tehran was not a top topic of discussion when he met with Engel and House Foreign Affairs Chairman Ed Royce, R-Calif., in Israel last week.

"We discussed Iran, but it certainly wasn't the major thing we discussed," Engel told Al-Monitor. "It was Hamas; it was a two-state solution, potentially; it was Israel's security needs; it was Iron Dome."

Still, the pro-Israel lobby has sought to make sure Iran doesn't drop off the radar screen completely. In a memo to supporters earlier this week, the American Israel Public Affairs Committee (AIPAC) highlighted the IAEA's concerns that Iran has yet to come clean about the military dimensions of its nuclear program.

"The P5+1 cannot reach a credible nuclear agreement with Iran unless Tehran fully explains the 'possible military dimensions (PMDs)' of its program," the AIPAC memo asserts. "This information is essential to ensure that Tehran is left without a path to a nuclear bomb."

Even advocates of a deal, such as Parsi, acknowledge that the IS crisis will only buy the United States and Iran so much time to reach a deal. If they can't get to an agreement by the Nov. 24 deadline, all bets are off.

"I'm telling you, if we in Congress get the feeling that Iran is [running out the clock], we're going to come back with sanctions," Engel said.

Kirk was even more blunt.

"I expect that the Senate will be Republican-controlled after the next election," he said. "And the first thing up should be Menendez-Kirk."