The latest killing by the Islamic State raises worries that Shiite families and clans might retaliate against the Syrian refugee camps in the Bekaa, where many IS supporters are suspected to be present. 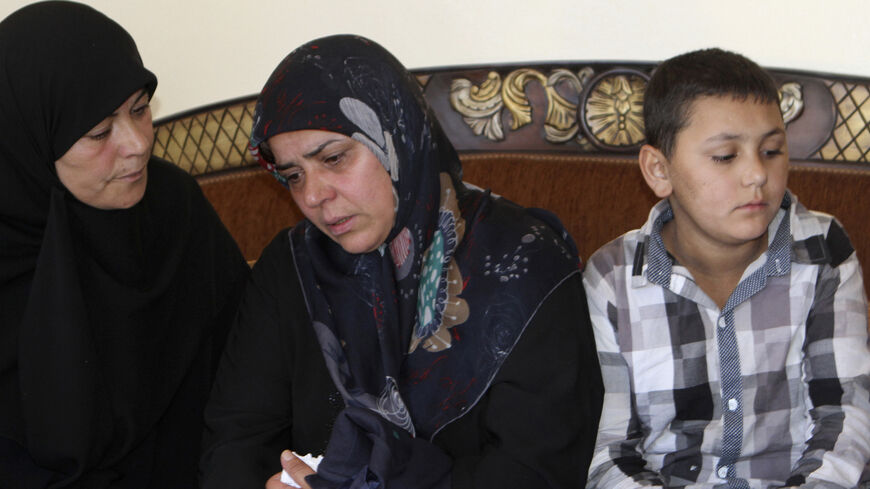 The mother (C) of Lebanese soldier Abbas Medlej, who was beheaded by Islamic State militants in Arsal, mourns during his funeral in his hometown in Ansar, south Baalbek, Sept. 7, 2014. - REUTERS/Ahmad Shalha

On the afternoon of Sept. 6, Islamic State (IS) gunmen disseminated the news that they had beheaded a Lebanese soldier they were holding captive.

The gunmen are still holding more than a dozen Lebanese soldiers, whom they kidnapped during clashes Aug. 2 in rugged terrain around Arsal in northeast Lebanon.

During weeks of indirect negotiations between IS and Lebanese authorities, the gunmen demanded the release of more than 400 Islamists from Lebanese prisons; most of the imprisoned Islamists are accused of committing terrorist acts.

In a move to pressure Lebanese officials, IS gunmen beheaded Lebanese soldier Ali al-Sayed, a Sunni from Akkar, and threatened to kill others unless their demands were met. But on Sept. 4, the Lebanese Cabinet rejected any direct negotiations with the kidnappers and also rejected any deal to swap or exchange imprisoned Islamists for the soldiers.

It didn’t take the IS gunmen long to respond. Less than 48 hours after the Cabinet decision, the gunmen distributed a photo of a second Lebanese soldier being beheaded. What was especially worrisome is that the victim was Abbas Medlej, a Shiite. Government sources told Al-Monitor that the matter is serious because Shiite families and clans had threatened that if any of the Shiite soldiers were executed, they would retaliate against Syrian refugee camps in the Bekaa. Those camps are suspected of hosting a large number of IS supporters; this played a role in the Lebanese interior minister's announcement a few days ago that what the IS gunmen are doing threatens the safety of more than a million displaced Syrians in Lebanon.

The government sources, now holding their breath as they wait for reaction to the beheading, said the Bekaa is going through critical moments and may be threatened with serious disturbances.