A Western diplomat said some limited progress had been made in Iran nuclear talks in New York but significant gaps on core issues remain. 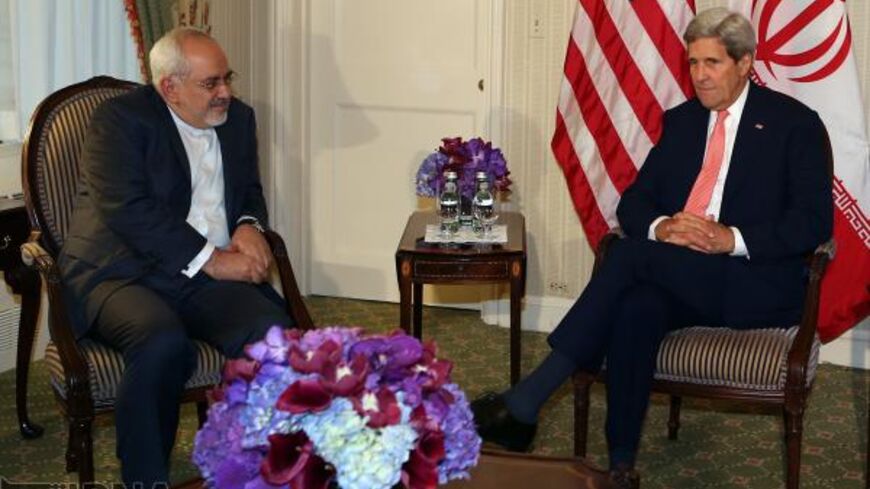 NEW YORK — Limited progress has been made in narrowing differences toward reaching a final Iran nuclear accord, but significant gaps remain, diplomats said here Friday. Reaching a final deal by the Nov. 24 deadline is “doable, but difficult,” one Western diplomat at the talks said.

"Contacts during this week helped to develop some ideas which will be studied further," Michael Mann, a spokesman for European Union foreign policy chief Catherine Ashton, said in a statement Saturday. "Significant differences remain to be resolved on core issues."

“On the core issues, we remain pretty far apart,” said a Western diplomat at the talks, speaking not for attribution to discuss the sensitive negotiations with a small group of journalists on Sept. 26, after eight days of talks here between Iran and six world powers.

“On enrichment, we are not there yet,” the diplomat said. “There are significant gaps, but we are still expecting significant moves from the Iranian side.”

The diplomat’s comments came amid conflicting signals about whether Iran and the six world powers (the five permanent UN Security Council members plus Germany, the P5+1) had begun to slightly narrow differences on the key issue of the size of Iran’s enrichment capacity in a final nuclear accord.

The Associated Press reported Sept. 26 that the United States was considering proposing that Iran could keep 4,500 IR-1 centrifuges if it reduced its fissile stockpile and took other steps to ensure a minimum one-year “breakout” time. (US and Iranian officials did not respond to queries about the accuracy of the report.) Iran has argued it should be able to retain the 9,400 or so IR-1 centrifuges it is currently operating, but some sources have said the Iranians have privately indicated they are prepared to go down some, perhaps to around 7,000 centrifuges.

The Western diplomat declined to discuss specific proposals that had been put forth, but suggested serious haggling to narrow gaps on centrifuge numbers (or the more precise measure of enrichment capacity, separative work units, SWUs) had not yet really gotten underway. “There is not a negotiation on this yet,” he said.

US Secretary of State John Kerry, Iranian Foreign Minister Mohammad Javad Zarif and the EU's Ashton held a three-way meeting late Thursday to gauge progress in the talks and discuss how to move the process forward.

The three ministers met again Friday for over two hours.

"The gaps are still serious," a senior U.S. administration official, speaking not for attribution, told journalists after the meeting Friday.

"We will continue the very hard work over the next weeks," the US official continued. "There is still adequate time to work through these issues and arrive at a comprehensive agreement" by the November deadline, some eight weeks away. "There is a lot to think about, an awful lot."

US and European Union officials said scheduling difficulties had gotten in the way of convening a ministerial level meeting between the P5+1 and Iran in New York. (Among the scheduling issues, the UK’s Foreign Secretary Philip Hammond had to return to the UK for a parliamentary debate Friday on whether the UK should join the the military campaign against Islamic State militants in Iraq.)

But France’s Foreign Minister Laurent Fabius said bluntly Friday that the reason for no joint P5+1, Iran ministerial meeting was because there had not been enough "significant advances" made in the talks here to warrant having one.

Iran's President Hassan Rouhani also expressed impatience with the pace of progress in the talks, while saying in his 12 years on and off as a negotiator he had never seen more seriousness and commitment by all sides to get a deal. "There have been steps forward, but they haven't been significant," Rouhani said. "Time is short."

"I must state at no time [before] as in the last few days have I heard such a serious tone as in the last few days about the level of engagement and will to progress," Rouhani, speaking through a translator, told journalists at a press conference in New York on Friday. Today there is a serious intent which is quite evident to perceive even through the words. Serious will does exist."

Diplomats from all the sides described the atmospherics in the talks as good, and their counterparts as highly professional.

Rouhani, in meetings with European members of the P5+1, had not gone into specific numbers but stuck to broad principles, the Western diplomat said.

“He just says, ‘We should not miss this historic opportunity for a few centrifuges,’” the Western diplomat said. “By the way, we think this as well.”

“On enrichment, we need serious commitments from Iran,” the western diplomat said. “We can be creative” in proposing various technical options for trying to narrow differences on the size of Iran’s enrichment capacity in a final deal. “At the end of the day,” he added, however, “the enrichment capacity Iran may keep for the duration of the agreement has to be clear. We are not yet there.”

After a nuclear deal, the United States and European Union would quickly waive and then lift unilateral, proliferation-related economic sanctions on Iran, the Western officials said. Step-by-step lifting of UN Security Council resolutions would partly be tied to Iran’s cooperation with the International Atomic Energy Agency (IAEA) in answering questions about possible military dimensions (PMD) of its nuclear program. The process could move quickly if Iran cooperated, the Western diplomat said.

The Iranians “should not underestimate the huge economic relief for their people” a nuclear deal would bring, he said.

The lead US-Iran nuclear negotiator, Wendy Sherman, also emphasized the rapid economic relief Iran would get from a nuclear deal.

“I have to tell you as soon as we suspend our major sanctions — which will happen very early in the agreement — the world will flood into Iran,” Sherman, the undersecretary of state for political affairs, told the Voice of America (VOA) Persian Service in a Sept. 25 interview.