US, Iran meet amid concern over nuclear deal

The United States and Iran held bilateral talks in Geneva as some analysts said prospects for reaching a nuclear deal grow less likely amid the continued impasse on enrichment capacity. 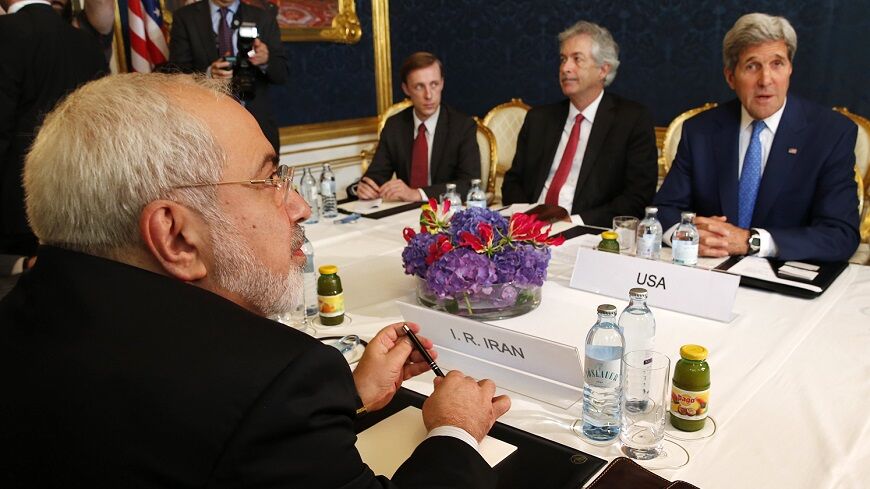 The United States and Iran concluded the first of two days of bilateral talks in Geneva on Sept. 4, as some analysts said prospects for reaching a nuclear deal are growing less likely amid continued impasse on the issue of the size of Iran's enrichment capacity.

“Primarily because the sides are at an impasse over the size of Iran's enrichment capacity, Eurasia Group now believes that a final deal is unlikely,” the Eurasia Group’s Cliff Kupchan wrote in an analysis for the risk consultancy Sept 4. “However, this remains a very close call and last minute agreement is possible.”

US negotiators believe they still have a shot at getting a deal, but say the toughest issue remains closing the gap with Iran on the issue of the size of its enrichment capacity in a final deal. Western diplomats are also frustrated at Iran’s slow progress in cooperating with the International Atomic Energy Agency (IAEA) in answering questions about suspected past possible military dimensions (PMD) of its nuclear program.

Deputy Secretary of State Bill Burns, Undersecretary of State Wendy Sherman and senior adviser Jake Sullivan, the former national security adviser to Vice President Joe Biden, led the 11-member US delegation to the meeting with the Iranians in Geneva Thursday, the State Department said. The Iran delegation was led by their deputy foreign ministers and nuclear negotiators Abbas Araghchi and Majid Ravanchi.

The US-Iran meeting is due to continue on Sept. 5. Next week, negotiators from the United Kingdom, France and Germany will hold a meeting with their Iranian counterparts in Vienna on Sept. 11, EU spokesman Michael Mann said Sept. 4.

Nuclear negotiations between Iran and the six world powers (UN Security Council plus Germany, or P5+1) will resume in New York starting Sept. 18, the EU announced. Foreign ministers from Iran and the P5+1 are also expected to meet in New York this month, on the sidelines of the United Nations General Assembly (UNGA) opening session.

Analysts say the new round of planned meetings comes after little apparent progress in narrowing gaps was made since talks were extended in July until the new deadline of Nov. 24.

“They have got to tee up something for September,” Suzanne Maloney, a former State Department Iran expert, told Al-Monitor Sept. 4, of the US-Iran bilateral talks. “If this isn’t moving at UNGA, then it’s dead.”

“I would say [even] most optimists believe the negotiations are on life support,” Maloney, now a senior fellow at the Brookings Institution, said. “It doesn’t look like it is going to happen. Though some people think it is all going to get teed up and that they can actually come to a formula" at the last minute.

The Eurasia Group's Kupchan lowered prospects for reaching a deal from 60% to 40% in his Sept.4 analysis.

“The core reason for our new skepticism is that on the bellwether issue of Iran's enrichment capacity under a final deal, Iran's position has not changed during six months of talks,” Kupchan wrote. “In addition, Iran is chafing at US demands for long-term constraints on Iran's centrifuge [research and development] program.”

“A ‘no deal’ outcome would involve harsh new sanctions, a weakening of the centrist government of President Hassan Rouhani, and increased geopolitical risk,” Kupchan wrote. “We have downgraded our trajectories for Iran from neutral in the short term and positive longer term to negative in both time frames.”

The Washington Institute for Near East Policy's Patrick Clawson said Iran had shown flexibility on the issue of modifying the uncompleted Arak research reactor to reduce proliferation concerns. But as yet, he was unaware that such creative solutions had been proposed by Iran to overcome wide gaps between the two sides' positions on the size of its enrichment capacity in a final deal.

“What we see from statements by the Iranians show absolutely no indications that they are going to budge on their insistence that they be allowed to increase the number of centrifuges,” Clawson, deputy research director at the Washington Institute, told Al-Monitor Sept. 4.

Former White House Iran arms control adviser Jofi Joseph cautioned, however, that even well-briefed outside analysts may not be fully apprised of what is happening inside the negotiations.

"The bottom line is that what may be happening inside the room is very different from the messaging we are hearing on the outside," Joseph told Al-Monitor Sept. 4. "So I will wait and see what happens."

"At this point, I view these [US-Iran] bilateral discussions as relatively routine and to be expected," Joseph said. "Perhaps the only interesting takeaway is that Iran agreed to follow through on these meetings this week even after the [new US] sanctions designations were announced late last week."