Ayatollah Naser Makarem Shirazi has clarified his position on mobile Internet access after his ruling that 3g phones were un-Islamic made international news. 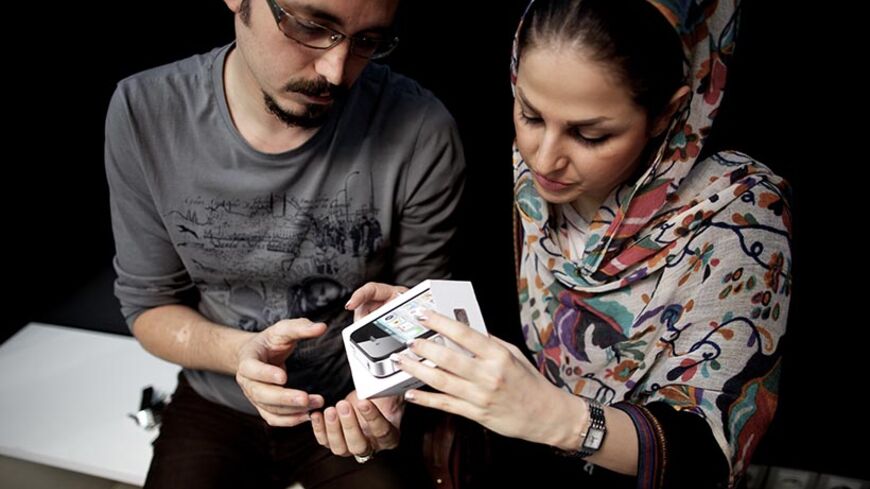 Iranian cleric Ayatollah Naser Makarem Shirazi made international news last week when he ruled that 3G phones and high speed Internet on mobile devices should not be allowed until the proper tools are created to prevent corruption. On Aug. 31, he tried to clarify that he was not against technology, but that Western technology was like “muddy water” that needs to be “filtered.”

The official website of Makarem Shirazi responded Aug. 25 to a question by a group of “cyber activists” that in consideration of possible corruption and the lack of filtering tools, “3G mobile communication services and higher are against Sharia and moral and human norms.”

During a meeting with parliament speaker Ali Larijani, Shirazi attempted to clarify, “On the issue of 3G … some members of the Supreme Council of Cyberspace [SCC] came to me and explained it to me. I sensed a real danger could be created, and I gave a warning. Unfortunately, some with ill intentions distorted my comments.”

He said, “Some shouldn’t imagine that we are against the use of this technology, but the technology of the West is like unsanitary and muddy water. Water is the source of life but when it becomes unsanitary or muddy, it must be filtered.”

Makarem Shirazi recounted that while in the Iranian city of Mashhad, he was shown how “all sorts of polluted films without any filtering” could be viewed on 3G phones. He said that he asked these individuals to show Communications Minister Mahmoud Vaezi this potential danger.

He added that Iran is an Islamic government, and moral corruption leads to the high divorce rate, low marriage and the marital problems that Iran is currently witnessing.

Makarem Shirazi asked the SCC not to “rush” to offer 3G and suggested that the administration was favoring the economic and political benefits of offering 3G over the possible cultural issues that it creates.

President Hassan Rouhani is the head of the SCC. That body and the Committee for Determining Criminal Web Content, which operates under the judiciary, are responsible for monitoring Internet activity in Iran.

Rouhani defended Iranians' access to the Internet Sept. 1, saying, “Today, our connection to the world of science is the Internet. Someone who doesn’t have Internet [access] and doesn’t use it — not only is that person not known to be scientist, but he is not even known to a student.” He added, "We cannot close the gates of the world to our young generation."

The issue of 3G was first raised by “group of cyber activists,” who had asked Makarem Shirazi for his judgment following statements by Iran’s communication minister that the ministry would provide high speed Internet access on mobile phones. The activists questioned whether such a move was wise, given that a “legal and necessary purification” process for these devices was not available.

The activists, who are presumably from a conservative group, had posted their question on Makarem Shirazi’s website. Grand ayatollahs maintain websites through which followers can ask a variety of questions. The responses, as official communication, can be considered fatwas.