Drivers for Iranian ride-hailing companies have been using an Israeli navigation app, causing conflict between the relatively new businesses and judicial authorities. 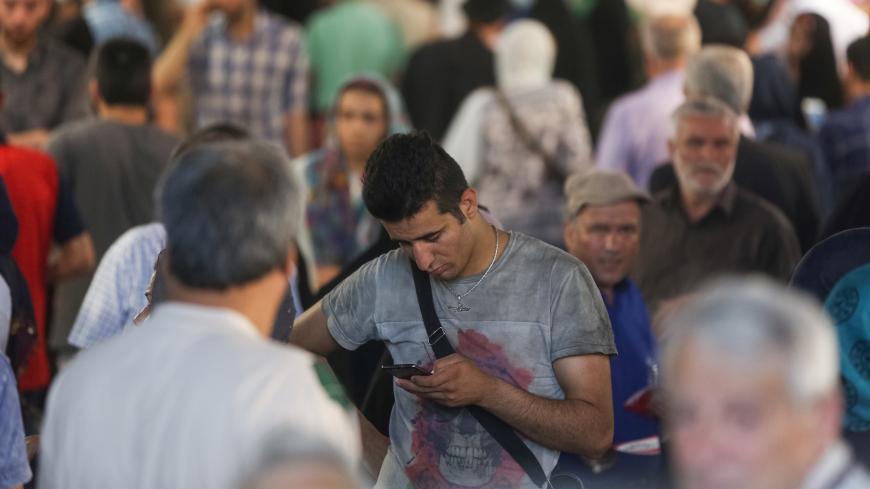 Iran’s recent decision to once again block Waze, a mobile navigation app developed in Israel, has created a great deal of controversy in the country. The GPS-based software had become popular both among the public as well as Iran’s leading ride-hailing apps, Snapp and Tap30.

Snapp (founded in 2014) and Tap30 (founded in 2016) — known as the Ubers of Iran — have faced many challenges since their entry into the country’s transportation scene. Both services were warmly welcomed by the public, especially in Tehran, due to their fast and quality service. While the more traditional taxi services and drivers were not too happy and tried to sabotage the companies, both Snapp and Tap30 have managed to continue operating.

President Hassan Rouhani’s administration seems to favor online businesses and internet applications and has tried to ease their way into the market. But Snapp is facing a new challenge these days, this time from its users and drivers, over the ban on Waze.

Iran temporarily blocked the app in March due to its Israeli origin. On March 7, Iran's Deputy Prosecutor-General Abdolsamad Khorramabadi said, “The Waze app is a spying tool that belongs to the Zionist regime. The moment it is installed on the phone it has access to all the personal information of the user, including travel and geographic location. This can create security problems for the people and for the country.” Khorramabadi added, “Judicial authorities have ordered that the app be filtered.” On the same day, Mahmoud Vaezi, then Iran’s communications and information technology minister, said his ministry had blocked the app following an order from the judiciary. Vaezi said: “This is an Israeli software and since we are dealing with a judicial order we have to abide by it.” He further added, “Since this software can be replaced by many other native apps, businesses should use the domestic versions instead.”

The ban on Waze was removed Oct. 3 after the application added a Persian language tool. However, on Oct. 9, Khorramabadi said officials “have demanded that the Communications Ministry block the app again. A team has been commissioned to take the necessary measures to block Iranians’ access to Waze. However, blocking the app needs time, because Waze uses infrastructure that is time-consuming to stop.”

On Nov. 18, judiciary officials ordered all internet transportation apps to terminate service to users who had the Waze app on their phones. The move was criticized by Communications Minister Mohammad-Javad Azari Jahromi, who voiced his objection through a series of tweets Nov. 22. Jahromi said, “Considering that the community using this app is limited to about 20,000 [ride-hailing app] drivers only, its usage will not lead to security concerns.” Jahromi further added, “It is unlikely that this judicial order is meant to support native apps.”

Not wanting to challenge the judiciary, Snapp said in an online statement: “As of Nov. 22, and in line with the judiciary’s order, any driver who uses Waze on his smartphone will be banned from working for the company.” The question being asked now is how Snapp can tell whether a driver is using the Waze application or not.

But Snapp drivers who did not uninstall Waze from their phones received this warning message every time they tried to pick up a passenger: “Dear Driver: Because you have the Waze app, you will not be able to access the Snapp service. Remove the app or contact your system support.”

Iranians quickly took to social media criticizing Snapp for violating their personal privacy rights. Some were curious as to how Snapp planned to search phones for the presence of banned apps. Others speculated that if Snapp could access this information, then it could probably access private data on their phones, which in turn could deal a serious blow to the company’s credibility.

Hossein Moradgholi, chief technology officer at Snapp, told the ISNA news agency Nov. 24, “We were notified of the block on Waze two weeks before the judiciary order and thus were required to prevent drivers who had this app installed on their phones from using the Snapp platform and application.” Commenting on claims that Snapp was snooping on drivers’ smartphones, Moradgholi said: “We did this merely in the Android version [of the app] since the Android operating system does not require any special permission for accessing the list of existing programs on a smartphone. It should also be mentioned that only the drivers’ access [to the app] has been blocked. Of course, initially the order called on Snapp to deactivate access to Waze for both the drivers and users. However, after many follow-ups, and [Snapp] insisting on the need to respect users’ rights, an order was ultimately issued that only called for blocking the drivers’ access.”

It should be noted that it is still possible to use both Waze and Snapp apps together through a virtual private network, or VPN. Additionally, some drivers carry two smartphones, with one using the Waze navigation app, and the other using the Snapp app, to pick up passengers. At the same time, campaigns have been launched to promote the use of Iranian GPS applications. One such app that is being introduced as a replacement for Waze is Daal, a domestic navigation app that has been developed by a group of students at Sharif University of Technology, Iran’s leading technical university. However, it remains to be seen whether domestic applications such as Daal can replace Waze or whether users still will prefer to use the Israeli app through alternative routes such as VPNs.