After Gaza, Hamas and Fatah back to bickering

The coming months will test whether Fatah and Hamas leaders can effectively manage reconstruction in Gaza and make advances toward an independent Palestinian state. 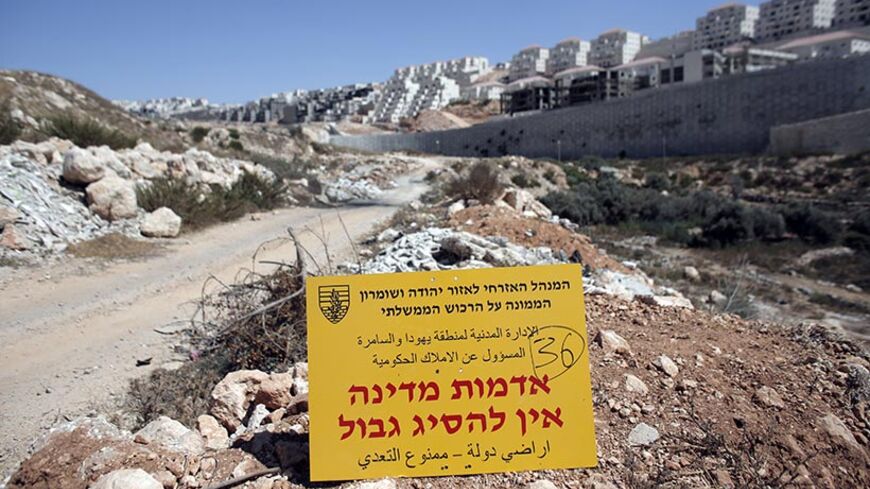 An official Israeli sign placed in the West Bank near the Israeli Beitar Illit (R) settlement, states that the area is state land and trespassing is not allowed, Sept. 4, 2014. - AHMAD GHARABLI/AFP/Getty Images

It seems as simple as pushing a button. Palestinian-Israeli politics have shifted from the Gaza Strip to the West Bank, as if the 51-day war against Gaza never happened. One week after the announcement of the permanent cease-fire by Palestinian President Mahmoud Abbas, Israel is back to confiscating Palestinian lands for settlements, Jewish religious zealots are infiltrating Al-Aqsa Mosque in Jerusalem and Palestinian internal bickering is back to its prewar level.

How did the situation change so fast? What happened to all the rhetoric about the need to double down and find a political solution to the Palestinian conflict? How can Israel get away with making the biggest land grab in 30 years? Does the fact that US-Israeli relations are at an all-time low allow or encourage such behavior?

Israeli officials have said that the West Bank appropriation was related to the June kidnapping and killing of three Israelis near the area. It is more likely, however, an attempt to improve the political standing of Israeli Prime Minister Benjamin Netanyahu, who sees real threats from the right flank of his Likud Party and other settler-loving politicians.

Meanwhile, the Palestinians are having problems developing an effective liberation strategy. The steadfastness of the Palestinian fighters and their ability to shake up the Israelis have increased the popularity of groups such as Hamas and strengthened the "resistance model." To counter this new popular sentiment, the Ramallah-based leadership is trying to forge ahead with a negotiating strategy that has teeth. This need has pushed Abbas and company to develop a time-based initiative. The ideas that Abbas is presenting to US Secretary of State John Kerry and the Arab League involve leveraging joining the International Criminal Court (ICC) and other United Nations agencies. Abbas wants to offer to waive the idea of not joining the ICC in return for a serious mechanism for the peace process.

Getting back to serious talks might partially explain why the well-received Palestinian national reconciliation is under pressure. Hamas leader Khaled Meshaal, it is said, has been asked to give his blessing to the Abbas initiative, but has refused to do so, instead insisting that only "resistance," meaning military resistance, will work with Israel.

Abbas is also slowing the unification process to give the peace initiative a chance. Of course, Hamas leaders have jumped all over the recent Abbas interview in which he accused Hamas of being responsible for the longevity of the war and for having created a shadow government in Gaza. Hamas has said that Abbas is repeating the Israeli position and weakening the unity of Palestinians as a direct response to Israeli wishes.

The return to business-as-usual in internal Israeli and Palestinian politics is a real problem. Palestinians, especially Gazans, are extremely frustrated with this because of the possibility that it will delay badly needed reconstruction. Putting hopes in a renewed peace process, some would argue, does not justify weakening Palestinian national unity. At the same time, it can similarly be argued that national unity should not become an excuse for Hamas to violently control and terrorize in the name of "victory" by the resistance.

A Palestinian opinion poll conducted in late August shows a clear increase in support for Hamas. Ironically, Abbas and his position on Gaza received more support in Gaza than in the West Bank. Public support for fighters so soon after a war is normal and to be expected. The true test of such support will be seen in the months ahead and in the way the leaders perform on the ground. The reconstruction in Gaza and the way the talks on the airport, seaport and prisoners are conducted in three weeks will speak volumes to the Palestinian public as to whether they should support the Hamas version of military resistance or the Abbas version of nonviolent political diplomacy.

The wish of the majority of Palestinians, as revealed in the August poll, is that their leaders remain united and agree on a unified strategy for the main prize — namely, the end of the occupation and the creation of a genuinely independent state of Palestine.