Palestinian Islamic Jihad is concerned a warming of Hamas-Fatah ties will come at the expense of its own relations with Hamas. 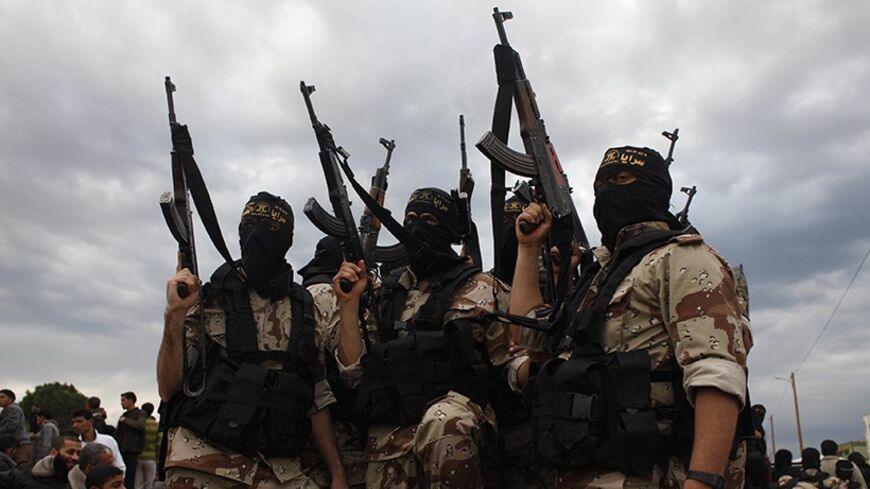 GAZA CITY, Gaza Strip — Palestinian Islamic Jihad has given a mixed response to the April 23 reconciliation deal between Hamas and Fatah. Islamic Jihad's leadership reiterated the necessity of achieving Palestinian unity and restoring cohesion, to confront what the group’s leaders told Al-Monitor was “the risks facing the Palestinian cause, the division of Palestinians and the Israeli occupation.” However, some of its leaders still have concerns about the reconciliation deal, particularly concerning its weapons, as well as the future of Hamas-Islamic Jihad relations.

Khodor Habib, a leading Islamic Jihad member, relayed his impressions to Al-Monitor. He said the Palestinian reconciliation was the perfect option for Palestinians to organize internal affairs and end the division that had taken a toll on all Palestinians.

“Islamic Jihad believes that reconciliation is the [best] choice for Palestinians amid the problems they are facing, such as the ongoing Israeli aggression, the failed political negotiations led by Abu Mazen [Palestinian President Mahmoud Abbas] and the [failure in putting in place] one consensual Palestinian program that will ensure the minimum political representation of all factions,” he said.

“We believe in the necessity of having a unifying entity, representing the totality of Palestine and the unity of the people. The PLO can represent this entity,” Habib said.

“We want to join the PLO when it is rehabilitated, its institutions are reconstructed and a new national council is elected, and not on the basis of the acknowledgment of Israel,” he added.

Abu Ahmad, a spokesman for Islamic Jihad’s military wing Al-Quds Brigades, said during an interview with Al Mayadeen TV on May 8, "The aim of Islamic Jihad is to defend the Palestinian people, restore their rights and not get involved in politics, which led to the obnoxious Palestinian division.”

The deal concluded between Hamas and Fatah stipulates the reactivation of the PLO institutions and holding elections for the affiliated Palestinian National Council. In a way, this allows Hamas, Islamic Jihad and any other factions that do not work under the PLO’s auspices to join in.

It remains unclear to Islamic Jihad whether it will be allowed to operate freely in the West Bank following the formation of the unity government, and whether there will be more arrests and summons for investigation against its members. However, according to a leading Islamic Jihad member who spoke to Al-Monitor on condition of anonymity, there is some hope that the reconciliation is likely to reduce harassment of Islamic Jihad’s activities in the West Bank.

Another concern is that Hamas’ rapprochement with Fatah will result in a distance between the Islamist movement and Islamic Jihad, the source said.

He said, “Hamas is a pragmatic resistance movement that is seeking to politically reinforce itself. Its political rapprochement with Fatah will definitely mean distancing itself from Islamic Jihad, since [the latter] refuses the political solution, upon which Hamas and Abu Mazen agreed.”

Although Hamas affirmed that it will continue with its military approach against Israel, and that its weapons will remain untouched after the formation of the national unity government, the signing of the reconciliation agreement has been interpreted by many as a tacit endorsement of Fatah’s preference for a political approach to the conflict with Israel.

Echoing Hamas’ stance on its weapons, Habib said, “The resistance’s weapons will not be touched. We will not allow this to happen. We believe in military operations as a solution for the conflict with the enemy. No one will be able to impose their views on us.”

During the same interview with Al Mayadeen TV, Abu Ahmad said, “There is continuous communication with the [Izz ad-Din al-] Qassam Brigades, Hamas' military wing, to ensure that under no circumstances will the weapons of the resistance be touched during the upcoming phase, under [the rule of] the government of national unity whose formation was stipulated in the reconciliation deal.”

Yet, the leading Islamic Jihad member believes that Hamas will not perform the role of armed resistance from the Gaza Strip after the formation of the government, “which will negatively affect the militants of Al-Quds Brigades, as they will not be able to face the Israeli occupation alone.”

“During the years of Hamas’ control over Gaza,” he said, “Islamic Jihad was arming itself and performing the role of resistance more freely than during the rule of the Palestinian Authority [PA]. As the control of the PA returns, the situation will be difficult if there is a restoration of security cooperation [between the PA and] Israel.”

It seems that Iran will be a main political actor in the future of relations between Islamic Jihad and Hamas after the signing of the reconciliation, since Iran is the main financial and political backer of Islamic Jihad. Hamas’ tensions with Iran over the war in Syria will also impact its future relations with Islamic Jihad.

The leading member said, “Hamas leaving the Iranian sphere and inclining toward the moderate sphere, in addition to its openness toward regional countries and the international community, will definitely negatively affect its relations with Islamic Jihad, as the latter will not change its view on the conflict in the region.”

Although some Islamic Jihad leaders fear an estrangement with Hamas after the reconciliation deal, this might be Islamic Jihad's golden opportunity to enhance its popular base by joining the PLO and becoming a main player on the Palestinian political scene in its own right.