A look at the Middle East issues Congress will be addressing the week of Sept. 8 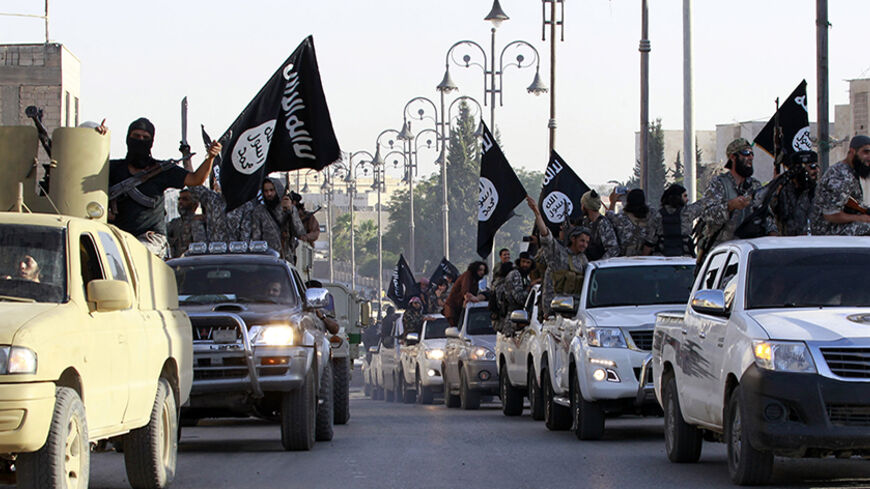 Congress has a packed schedule as it seeks to make its mark on the Obama administration’s strategy for dealing with the Islamic State (IS) before leaving town for the November midterm elections.

Lawmakers in both the House and Senate have declared their intention to pass some sort of war authorization allowing President Barack Obama to continue bombing IS in Iraq or start doing so in Syria. Time is quickly running out, however, with the House set to head out in two weeks until Nov. 12, if it can get a short-term spending bill done by then.

House staffers got an early start on Friday with a briefing by members of the Office of the Director of National Intelligence and the National Counterterrorism Center. Al-Monitor spotted top aides to House Foreign Affairs Committee leaders Ed Royce, R-Calif., and Eliot Engel, D-N.Y., as well as staff to House Minority Whip Steny Hoyer, D-Md. — but no lawmakers; all were tight-lipped about the classified briefing.

Members of the House Intelligence panel will be the first to receive a post-summer update on Monday, their first day back, as well as another on Thursday. The House Armed Services Committee meanwhile will get its own briefing Tuesday morning, a committee aide told Al-Monitor.

Two days later, House Armed Services Chairman Buck McKeon, R-Calif., is poised to unveil his own strategy for defeating IS during an appearance at the conservative American Enterprise Institute. McKeon just returned from a congressional trip during which he met with Israeli, Egyptian, Jordanian and Moroccan leaders.

The House Foreign Affairs panels on the Middle East and human rights will hold a joint hearing on Wednesday dedicated to IS’ persecution of Christians and other religious minorities, which the Obama administration has used as a rationale for military strikes. Earlier that morning, the House Homeland Security panel on border security has scheduled a hearing on “the threat posed by [IS] terrorists with Western passports.”

The main action will take place the following week, however, when Secretary of State John Kerry is slated to testify about his latest efforts to pull together a regional coalition to confront IS. Kerry is scheduled to testify before the House Foreign Affairs Committee on the administration’s “strategy for combating [IS]” on Tuesday, Sept. 16.

In non-IS news, the House Rules Committee meets Monday to pave the way for a House vote later in the week on a nonbinding resolution “condemning and disapproving” of the Obama administration's failure to notify Congress of its plans to transfer five Taliban prisoners to Qatar. The bill from Armed Services member Scott Rigell, R-Va., also expresses “national security concerns over the release of five Taliban leaders and the repercussions of negotiating with terrorists.”

On Tuesday, the House Foreign Affairs panels on the Middle East and terrorism will hold a joint hearing on “Hamas’ benefactors: A network of terror.” Witnesses come from the hawkishly pro-Israel think tank Foundation for Defense of Democracies, the American Foreign Policy Council and the Council on Foreign Relations.

And on Wednesday, the full committee will examine “Libya’s descent” into chaos. Gerald Feierstein, principal deputy assistant secretary of State for Near Eastern Affairs, is slated to testify.