A look at the Middle East issues Congress will be addressing next week. 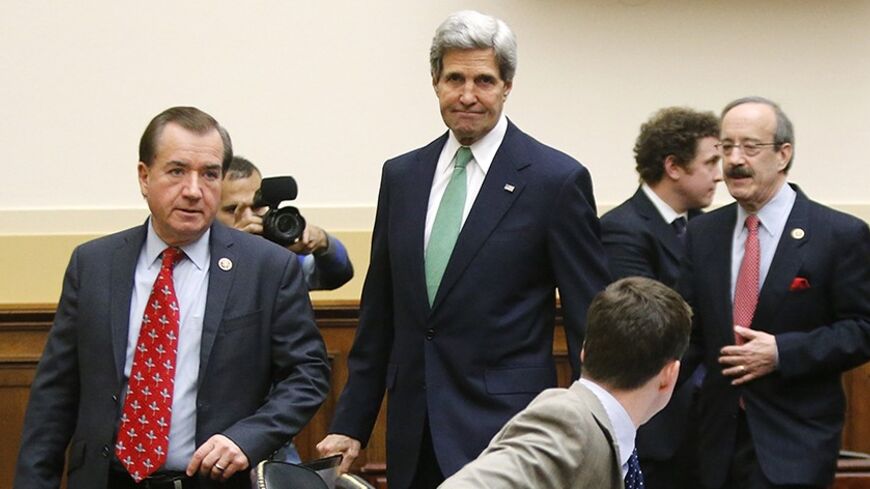 Lawmakers will get straight to work castigating Bashar al-Assad and examining foreign aid to the Middle East when they return next week from their two-week recess.

The House Foreign Affairs Committee marks up two resolutions on April 30 aimed at undermining Assad as the uprising against his rule enters its fourth year. Neither is legally binding.

On April 29, the committee’s panel on the Middle East and North Africa examines the State Department’s $7 billion foreign aid request for the region — $5.1 billion of it in military assistance. Assistant Secretary of State for Near Eastern Affairs Anne Patterson and USAID Deputy Assistant Administrator for the Middle East Alina Romanowski are slated to testify.

The hearing, chaired by chief Palestinian aid critic Ileana Ros-Lehtinen, R-Fla., is expected to trigger fireworks. In addition to the Palestinian Authority’s reconciliation deal with Hamas, the hearing comes just as Secretary of State John Kerry announced the release of $650 million in military aid to Egypt despite its democratic shortcomings and Egyptian Foreign Minister Nabil Fahmy visits Washington.

On a related note, the US Commission on International Religious Freedom on April 30 releases its annual report, which documents religious freedom violations in 33 countries and makes country-specific recommendations. Countries of concern include Egypt, Iran, Iraq, Nigeria, Saudi Arabia, Sudan and Syria.

On May 1, Engel and Royce will join Iran sanctions bill architects Robert Menendez, D-N.J., and Mark Kirk, R-Ill., at the pro-Israel Foundation for Defense of Democracies forum on “The Middle East in Transition: Allies, Adversaries and Enemies.”