Week ahead: Iran back in the congressional spotlight

A look at the Middle East issues Congress will be addressing the week of June 9. 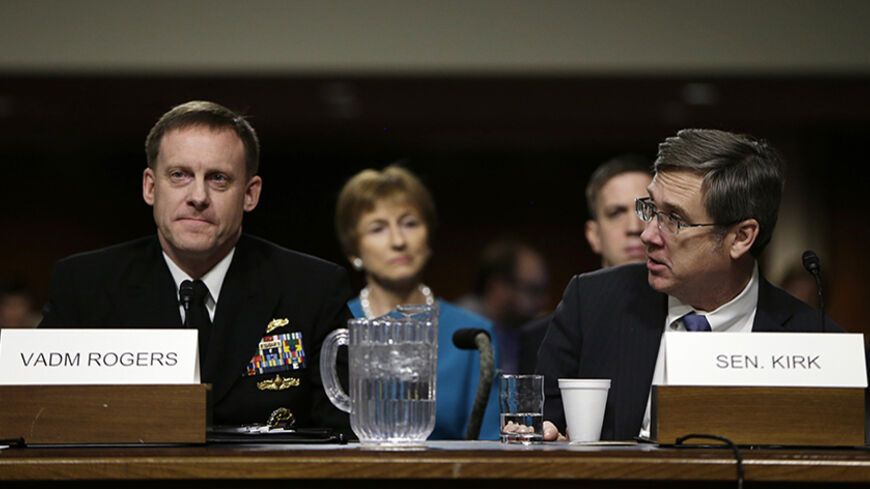 The House and Senate are back in session next week, and lawmakers in both chambers plan to use the dwindling time before the July 20 deadline for a nuclear deal to hammer the Barack Obama administration on its negotiations with Iran.

The House Foreign Affairs and Senate Foreign Relations committees are both holding hearings on Iran next week, as Al-Monitor first reported June 4.

And activists plan to raise the temperature with a show of force on Capitol Hill.

The House kicks things off June 10 with a hearing dedicated to "verifying Iran's nuclear compliance." This is but the first in a series of hearings on the nuclear talks, according to committee Chairman Ed Royce, R-Calif., and will feature four former government officials with expertise on the matter — including former Bush administration Assistant Secretary of State for Arms Control and International Security and Nonproliferation Stephen Rademaker.

The Senate Foreign Relations Committee follows suit June 12 with a hearing on the regional implications of a potential deal with Iran. Witnesses include President Obama’s former special adviser for the Persian Gulf, Dennis Ross, and Frederick Kagan of the conservative American Enterprise Institute.

Meanwhile, the pro-Israel Foundation for Defense of Democracies and the Foreign Policy Initiative are banding together for a Capitol Hill “conversation” on June 12 dedicated to Iran’s “dashed hopes” for improved human rights under President Hassan Rouhani. Speakers are expected to address “the regime’s accelerated human rights abuses as well as how human rights concerns should inform the nuclear negotiations presently underway,” according to an advisory; they include Sen. Mark Kirk, R-Ill., the co-author of stalled Iran sanctions legislation.

Other issues expected to dominate the week include US support for the Palestinian unity government and US military aid.

Republican lawmakers have made it clear that they want the aid flows to stop because of Hamas’ support for the new government. The House and Senate foreign aid Appropriations bills expected shortly could well include tightened language, and two conservative backbenchers — Reps. Michele Bachmann, R-Minn., and Trent Franks, R-Ariz. — plan to introduce a resolution calling on the administration to label the new government and the PLO as terrorist organizations and suspend “multilateral assistance and security cooperation,” reports the conservative Washington Free Beacon.

And US military aid will once again come under scrutiny when House appropriators mark up the fiscal year 2015 Defense spending bill on June 10. The bill includes limitations on aid for the Syrian rebels, Al-Monitor reported last week.

The mark-up comes as US military assistance is coming under renewed scrutiny, with the newly released Senate Defense bill raising concerns among human rights activists that restrictions on aid could be too easily side-stepped, Al-Monitor reported June 5.

Outside of the Iran file, the House Foreign Affairs Committee has a full schedule the rest of the week, with a heavy focus on the Middle East.

On the afternoon of June 10, its subcommittee on Terrorism, Nonproliferation and Trade holds a hearing about the State Department’s Counterterrorism Bureau. Ambassador-at-large and coordinator for counterterrorism, Tina Kaidanow, is slated to testify.

On June 11, the committee’s panel on the Middle East and Africa holds a hearing on US energy priorities in the region with Amos Hochstein, the State Department’s deputy assistant secretary for energy diplomacy. Later in the afternoon, the human rights subcommittee marks up Rep. Frank Wolf’s, R-Va., bill to reauthorize the United States Commission on International Religious Freedom before moving on to a hearing about the “ongoing struggle against Boko Haram.”

On June 11, the Senate Foreign Relations Committee holds a nomination hearing for President Obama’s picks to serve as ambassadors to Iraq and Qatar, Stuart Jones and Dana Shell Smith. Jones currently serves as the US ambassador to Jordan and Shell Smith is currently senior adviser to the undersecretary of state for public diplomacy and public affairs.