A look at the Middle East issues Congress will be addressing the week of July 14. 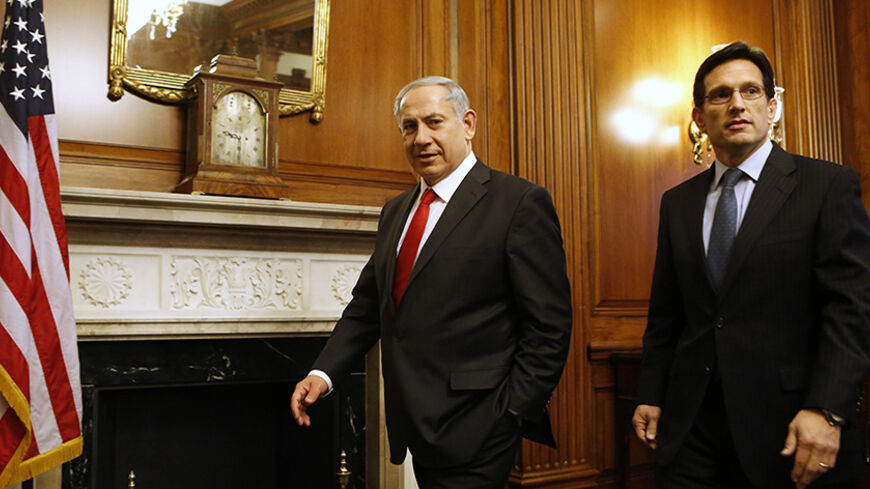 Iran is back in Capitol Hill’s cross hairs as the July 20 deadline for a nuclear deal approaches and Israel blames Tehran for arming Hamas with long-range missiles in the latest flare-up with Gaza.

The House Foreign Affairs Committee will hold a hearing Wednesday dedicated to “Iran’s destabilizing role in the Middle East.” And on Thursday, the conservative Foreign Policy Institute and the Foundation for Defense of Democracies will partner with the Bipartisan Policy Center to host a panel on the expectations for an Iran deal with some of the leading Iran critics on Capitol Hill: Sens. Mark Kirk, R-Ill., and Dan Coats, R-Ind., and Reps. Eliot Engel, D-N.Y., and Brad Sherman, D-Calif.

The rhetorical onslaught comes as almost four of every five House members signed a letter to President Barack Obama this past week warning him to address the concerns of Congress in any final deal with Iran if hopes to see sanctions lifted. And on Friday, the House of Representatives unanimously passed a resolution recognizing Israel’s right to defend itself from Gaza rocket fire that includes an amendment from House Foreign Affairs Chairman Ed Royce, R-Calif., blaming Iran for arming Hamas.

“We must also acknowledge Iran’s role in this conflict,” outgoing House Majority Leader Eric Cantor, R-Va., said in a statement Friday. “Just as Iran has fueled sectarian violence and extremist terrorism in Iraq, Syria, and Lebanon, it has long provided Hamas and Palestinian Islamic Jihad with lethal support to aid in their unrelenting war of terror against Israel.

“I call on the Obama administration to dispense with the fantasy that Iranian President [Hassan] Rouhani is a reformer and acknowledge the Iranian regime for what it is: the world's most active state sponsor of terrorism and a driver of regional instability,” Cantor said. “The Obama administration should redouble efforts to impose meaningful consequences on Iran's support for terrorism, its efforts to foment instability throughout the region, its egregious human rights record, and its pursuit of weapons of mass destruction and long-range ballistic missiles.”

In other news, Obama’s request for $65.8 billion for special war funding — including $500 million to train and equip vetted rebel groups in Syria — comes under scrutiny in the House.

The Appropriations subcommittee on defense will hold a closed hearing on the Overseas Contingency Operations (OCO) request Tuesday with Deputy Defense Secretary Robert Work, Joint chiefs of staff Vice Chairman James Winnefeld and Pentagon Comptroller Mike McCord. And the Budget Committee will follow suit Thursday with an open hearing that will also include Heather Higginbottom, deputy secretary of state for management and resources; budget writers on both sides of the aisle have been reluctant to extend OCO funds to Syria, since it’s supposed to pay for the wars in Iraq and Afghanistan and isn't subject to budget caps aimed at reducing the deficit.

Syria will also be a focal point when the Senate Appropriations panel on defense marks up the annual defense spending bill Tuesday, followed by a full committee vote Thursday. The House version of the bill, which easily cleared the lower chamber last month, placed restrictions on aid to Syrian rebels.

Iraq is also on the agenda, with a hearing Tuesday of the full House Foreign Affairs Committee on the US response to the “terrorist march” in Iraq, featuring Deputy Assistant Secretary of State for Iraq and Iran Brett McGurk. That afternoon, the committee’s terrorism and Middle East panels hold a joint hearing on “the rise of ISIL” in Iraq and beyond, with former Ambassador to Iraq James Jeffrey and others.

In the Senate, the Foreign Relations Committee will vote Wednesday on legislation from Sen. Ted Cruz, R-Texas, requiring the State Department to establish an award of up to $5 million for information about the killing of Naftali Fraenkel, a dual US-Israeli citizen who was one of three teenagers kidnapped last month.

Finally, the Senate panel will also hold a nomination hearing Tuesday on Obama’s pick to be ambassador to Turkey, John Bass. The House Foreign Affairs panel on Europe will also examine relations with Turkey as part of a hearing that afternoon on “the future of Turkish democracy.”