Israel-Palestine, a binational state in the making 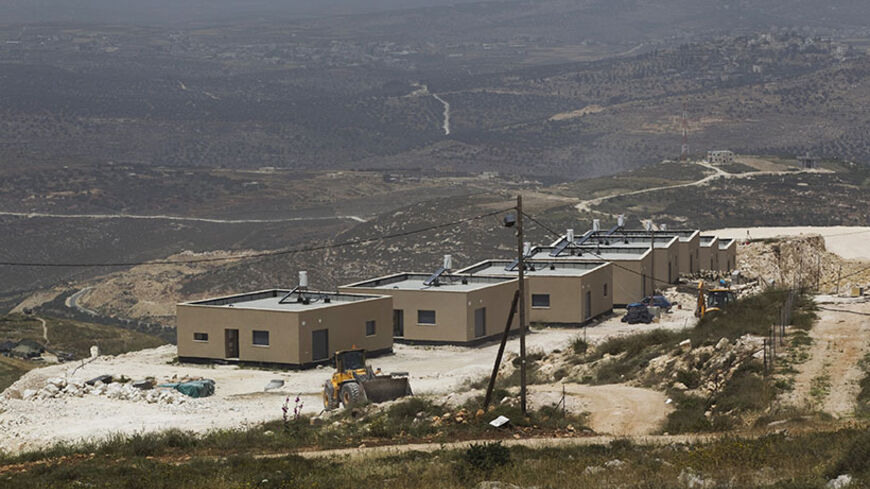 New prefabricated homes are seen in the West Bank Jewish settlement of Yitzhar, near Nablus, May 7, 2014. - REUTERS/Ronen Zvulun

Israeli Prime Minister Benjamin Netanyahu is contemplating an important policy change on the Palestinian issue. From his 2009 Bar Ilan speech to the peace talks led by US Secretary of State John Kerry, the leader of the Israeli right has supported a two-state solution. The revisionist Zionist leader Zeev Jabotinsky surely turned in his grave, while Netanyahu's ideological partners in the Likud could hardly believe their ears. The US administration, not to mention the Palestinians, was also initially suspicious of his intensions.

Yet during recent secret talks with Kerry, Netanyahu showed surprising flexibility on the issue of the borders of a future Palestinian state. According to senior sources at the State Department, the Likud leader agreed that the borders would be based on the 1967 lines, with mutually agreed land swaps. Netanyahu indeed sought progress toward a two-state solution, although with unrealistic conditions in regard to the size of the settlement blocs and on the future of Jerusalem.

Officials who have the prime minister's ear today, however, speak of the two-state solution approach in the past tense. Netanyahu will, according to them, talk of a two-state solution at most as lip service to his more moderate coalition partners and in his shaky dialogue with Washington. The prime minister is expected to resume his focus on a defensive policy argument, presenting a dangerous "Hamas-stan" both in the Gaza Strip and in the West Bank. He will also ask the international community for a gradual demilitarization of Gaza and make the case for "Israel-only" supervision of the future demilitarization of the West Bank, which for all intents and purposes means the continuation of the occupation. Settlements will be expanded with less fanfare and more vigor.

Senior sources in the Likud close to the settler movement claim that they are developing concrete plans for the alternative to a two-state solution. Palestinian citizens will have citizenship in an autonomous Palestinian area, which will comprise 40-50% of the West Bank. Only 50,000 Palestinians living today in Area C will be offered Israeli citizenship. Israel, according to these right-wing political circles, will assist Palestinian autonomy to develop economically in what is called "economic peace." The prime minister is aware of these plans, yet in typical fashion, he will not adhere to them or to the two-state solution.

There are several reasons for the return of the "good old Bibi": growing mistrust in Palestinian President Mahmoud Abbas as a partner; no lesser suspicion of the Barack Obama administration (so it is not difficult to guess who Netanyahu hopes will win the midterm congressional elections); and — perhaps the most important aspect of this undeclared policy change — the assumption around the prime minister of the eventuality, and even desirability, of early elections in 2015. That, in the Bibi camp, is the best way to secure him a third term. He now needs to reach out to his natural base on the right and balance the image of relative moderation that characterized his handling of the Gaza war.

Naturally, Netanyahu will not speak of a binational state, although that seems to be the direction his policies will take the country. The Palestinian leadership is well aware of this trajectory and never suspected anything else. In Ramallah as well, there is talk of a policy that leads to a binational state. It exists in the following circles: Fatah veteran leaders, who see no hope for a two-state solution; officials close to Abbas, who want to use the eventuality of a binational state as tactical pressure on Israel and the United States; and hard-liners in Fatah's young guard, who actually believe in such a vision and count on the Arab demographic edge.

This eventuality in Palestine is not ruled out by some and is preferred by others. Palestinian policy planning experts have begun to prepare for a binational state process. These plans focus on the share of authorities and powers between the Israeli and Palestinian parts of the binational state. They are consulting experts on international law as to how to ensure, through the international community, equal rights for Palestinian citizens. An anti-apartheid state campaign is envisioned, adopting the South African model to Palestine.

US officials are fully aware of these policy developments in Jerusalem and Ramallah. In the view of State Department officials, the trend toward a binational state is more possible and dangerous than ever. They do not think that a binational state with equal rights is at all realistic and therefore warn, like Kerry, of an Israeli apartheid state. This prospect would not only contradict President Obama's international human rights policy, but also jeopardize US interest in the region and in the world. US-Israeli relations would come under strong criticism from all the Arab countries as well as the European Union.

Is this prospect dangerous enough to prompt the US administration to engage in a serious peace process attempt to obtain a two-state solution? The answer is most probably the negative. At the very least, however, it will lead to more forceful communications from the Oval Office and State Department to convince the prime minister's office in Jerusalem and the Muqata in Ramallah to pursue policies that at least leave the door open to a two-state solution and refrain from unilateral acts to the contrary.