Is Israel headed to a civil war?

Prime Minister Benjamin Netanyahu has destroyed one of Israel's major achievements: the basic allegiance of Israeli Arabs with Israel, including their participation in the electoral process and their at least partial integration in the economy and in academic life. 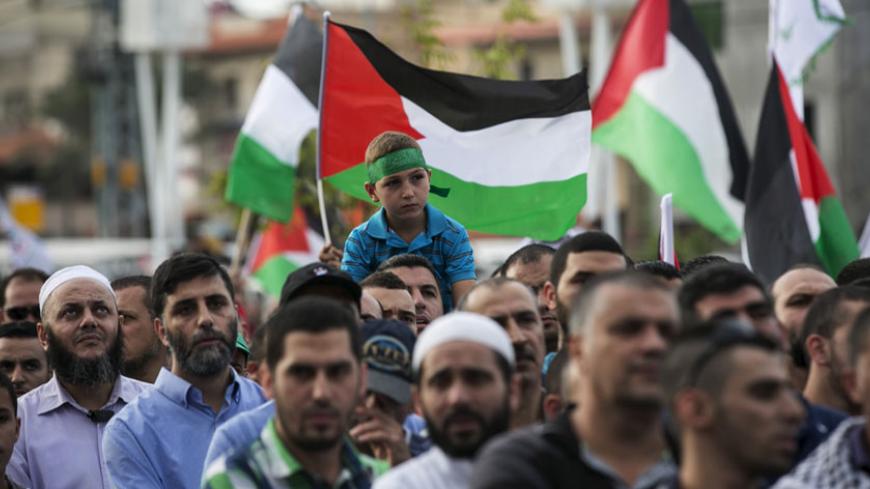 For many years, the supporters in Israel of a two-state solution have warned that the alternative would be a binational state.

With the stagnation and hopelessness in regard to a two-state solution and the current violent outbreak linking Palestinians from the West Bank and Gaza to Israeli Arabs, one can say that the binational state is now here, or rather one state in which two nationalities clash. Not only have West Bank Palestinians lost the horizon of statehood, they have no real self-rule to speak of. For years, Israel has had security control over 97% of the West Bank territories, and now it has almost free entry to the remaining 3%: Palestinian cities. In addition, East Jerusalem is under siege by Israeli police and the Israel Defense Forces (IDF).

About half a million settlers living east of the Green Line are there for the purpose of preventing a two-state solution. Without a border delineating two states, the West Bank has turned binational; Israel has, as well, and so has Jerusalem.

The most dangerous aspect of this deterioration is the political identification and connection of many Israeli Arabs with Palestinian independence-fighting movements: Fatah, Hamas, the Islamic movements, etc. The basic allegiance of Israeli Arabs with Israel, including their participation in the electoral process and their at least partial integration in the economy and in academic life, was one of Israel's biggest accomplishments. It was achieved against all odds as, by definition, the Arab minority identifies with the Arab countries in conflict (and wars) with Israel. Almost all Israeli governments invested the resources, integrational policies and dialogues needed to bring this about.

But the Benjamin Netanyahu government is leading toward the opposite direction, advocating economic policies that sustain Arab inhabitants as second-class citizens, coupled with racist legislation attempts and rhetoric. The prime minister's popular warning that the Arabs were being bused in droves to the polling stations, made on March 17, election day, was a breaking point, leaving deep scars among Arabs, who were merely exercising their electoral rights.

During the last attempt at peace talks, led by US Secretary of State John Kerry, Prime Minister Netanyahu refused to even propose Israel's preferred future border. He was honest; he does not want any border.

The demography of the borderless land is, today, already binational. In a lecture he gave in February 2015 titled ''Israel 2020,'' renowned Haifa University professor Arnon Soffer said that the population living today on the land between the sea and the Jordan River is 52% Jewish and 48% Arab. These figures, he claims, will be reversed by 2024, when Jews will become the minority (47.6%).

A senior Palestinian official, who is also a prominent Palestinian academic, spoke to Al-Monitor in this respect (on condition of anonymity). "According to the Oslo Accords, we were supposed to have a permanent status agreement for a two-state solution in 1999,” the official said. “Netanyahu killed this prospect. From the moment he came to power in 1996, no such real negotiations ever took place. Our aim, that of [PLO leader Yasser] Arafat and [Palestinian President Mahmoud] Abbas, was to have an independent state living side by side with Israel in security and cooperation. For Netanyahu's Israel, there is no security without occupation, and no coalition without settlements. You witness today the result of these policies: a binational state, in which we, Palestinians, are less than second-class citizens, yet soon will be a majority. The current violence is a reflection of that. From our point of view, this may be a necessary stage, to live under an apartheid regime, resist it and, with time, the international community will intervene as it did in South Africa."

The situation may resemble the former South Africa, but there are no F.W. de Klerks or Nelson Mandelas in sight. As aforementioned, the most serious aspect of the new reality is the growing identification of Israeli Arabs with the Palestinians of the West Bank. Israeli Arabs from the Galilee and the Negev were involved in the recent terrorist attacks. Few Israeli Arabs condemned the attacks, and their political leadership is siding and consulting with the Palestinian leadership in Ramallah. This is the first time that Israelis are being attacked — for several weeks now — both by West Bank and Gaza Palestinians and by Israel’s own Arab citizens. A national struggle is now coupled with a quasi-civil war.

This dangerous development is made worse by right-wing spokesmen such as HaBayit HaYehudi leader Naftali Bennett and Yisrael Beitenu head Avigdor Liberman, denouncing Israeli Arabs as a fifth column.

In this borderless reality of a de facto binational state, not only is Israel's security suffering, but its democracy is also shaken. Minority rights are not respected, and the socio-political polarization between right and left is undermining a necessary common denominator. The ongoing terror wave, which is liable to continue and even to grow, has dire consequences on the economy. With time, incoming tourism and external investments will be damaged. Israel's international isolation will increase further. Except for sympathetic American pronouncements on Israel's right to self-defense, most of the international community is showing growing empathy with the Palestinian side.

The current situation is not offering the Palestinians any viable solution or the desired statehood. It's a plague on both houses. For Palestine, it is cycles of futile violence in the face of augmenting international passivity; for Israel, it is the danger of becoming and being perceived as an apartheid state in the face of expanding international criticism.