Iran cleric: Westernized Iranians no different from IS

Iranian cleric Alireza Panahian says that westernized Iranians pose the same threat for the Islamic Republic of Iran as terrorists groups such as the Islamic State. 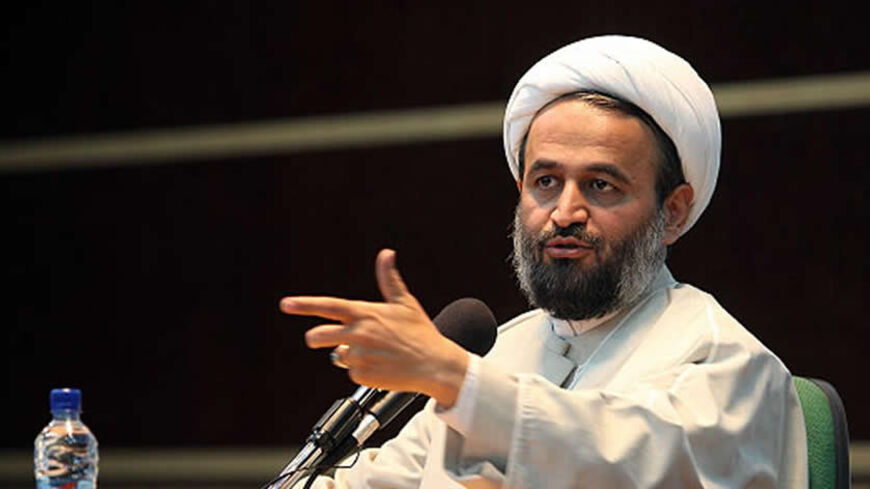 Alireza Panahian, a representative of Iran’s Supreme Leader Ayatollah Ali Khamenei and one of the most conservative clerics in the country, compared Iranians who are “Westoxified” to the threat of the terrorist group Islamic State (IS), formerly known as the Islamic State of Iraq and al-Sham (ISIS).

“The Westoxified among us are no different from takfiris and ISIS,” Hojjat al-Islam Panahian said at a ceremony for Iranian documentary filmmaker Hady Baghbani, who was killed in Syria one year ago.

Westoxified — gharbzadegi in Persian — which literally means “West-struck,” is a term that became popular after the 1962 book by the same name by Iranian writer Jalal Al-e Ahmad. Essentially, it denotes an individual who sacrifices an Iranian identity for a Western one.

Panahian said that then-Supreme Leader Ayatollah Ruhollah Khomeini “taught us that these criminal extremists [such as IS] are no different for us than liberals, and both are the blades of scissors to cut the middle path of resistance.”

Iran sees itself, Syria and Hezbollah as part of an axis of resistance against US and Israeli hegemony in the region. Panahian referred to Westoxified Iranians as “Zionist fifth columnists.”

Panahian, who was referred to as a “cultural activist” in the Fars News Agency article, said that “the opportunity for a sacred defense has been lost” in combatting Western inclinations in Iran. “We have not settled the account with the Westoxified,” he said, adding, “This Western liberalism has taken many of our youth,” calling this process a “war.”

The “sacred defense” is often a term used for the Iran-Iraq war of the 1980s, an event in Iran that helped shape the identity of the Islamic Republic and solidify the resistance mentality.

Panahian continued that if democratic liberalism is uprooted in Iran then it would take only one day to uproot takfiris from the region. A takfiri is a Muslim who accuses another Muslim of apostasy. Many Iranian officials refer to IS and other extremist Sunni groups in the region that view Shiites as apostates as takfiris.

According to Panahian, both takfiris and liberal democrats justify crimes for their own protection. The transcript that was provided did not offer an example.

Panahian’s criticism of Westernized Iranians is indicative of the concerns of conservatives over cultural matters in the country, a concern shared by Ayatollah Khamenei, who named this Iranian calendar year “The year of culture and economy.”

Gholam-Ali Haddad Adel, who is related to Ayatollah Khamenei through marriage, also recently addressed the supreme leader’s concerns over cultural issues in the country. He said that “it’s been some time since the supreme leader has been aware of a danger to the Islamic revolution” and has presented a number of issues in this field to officials.

Haddad Adel said the problem was that some believe the Iranian revolution was an event that happened 36 years ago, but that the supreme leader believes to be a continuous event.