Why Iran-Iraq War is still minefield for artists

Some 30 years on, depictions of the Iran-Iraq War are still a minefield for Iranian artists and authors. 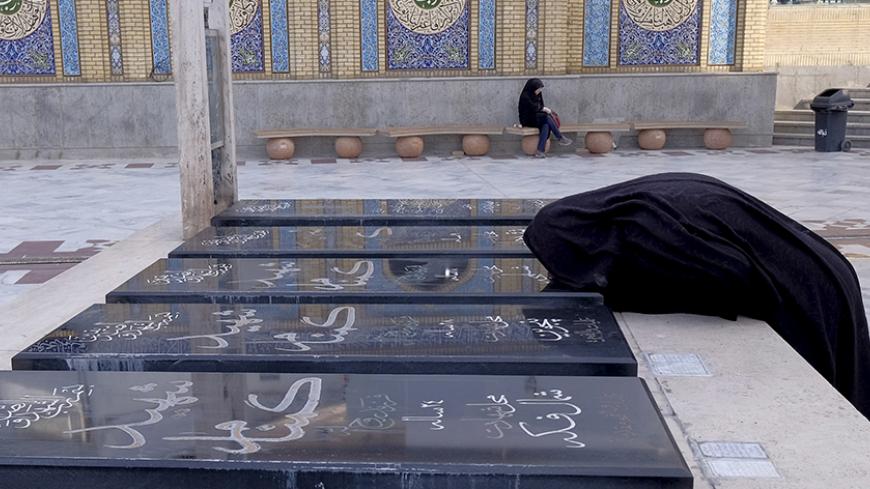 The second-longest war in the 20th century began on Sept. 22, 1980, when forces led by former Iraqi dictator Saddam Hussein invaded Iran. The conflict ended eight years later, in 1988, with the adoption of UN Security Council Resolution 598, which called for a cease-fire. Iran’s then-Supreme Leader Ayatollah Ruhollah Khomeini famously described approval of the decision as “more deadly than taking poison,” adding, “I submitted myself to God’s will and drank this drink for his satisfaction.”

Up to 1 million people are estimated to have lost their lives in the conflict, which has come to be known in Iran as the “imposed war” or the “sacred defense.” The Iranian state has used this terminology to describe the conflict and its cultural, social, political and economic impact on Iranian society ever since the war began. The term “sacred defense” has even turned into a genre in Iranian cinema and literature.

Sacred defense productions are often accompanied by an ideological, religious and propaganda angle aimed at forging heroes and portraying the war as sacred. This is while some independent artists have depicted the conflict as an unpleasant and destructive phenomenon on the front lines, cities and society as a whole. However, these works, some of which became the most lasting works of art in Iran, were unsuccessful in winning the support of the establishment when trying to obtain the necessary permits or at the production and distribution stage.

Thirty years on, the depiction of the Iran-Iraq War in Iranian literature and cinema remains a highly sensitive topic that is full of challenges. Last month, in a meeting with officials responsible for Rahian-e Noor, or Path of Light — tours of the war-era battlefields — Supreme Leader Ayatollah Ali Khamenei highlighted the need for keeping “the values of the sacred defense” alive, saying, “Those who produce anti-war poems or films are like individuals who extract a country’s oil and pour it into the sea.”

The Iran-Iraq War began some 19 months after the 1979 Islamic Revolution in Iran. At the time, some figures close to the revolutionary movement became involved in the field of arts under the Islamic Propagation Organization. After the outbreak of the war, various individuals, many of whom had experienced the front lines, started to publish pieces about the conflict in reports, memoirs, stories, documentaries and films. These were usually one-dimensional pieces that endorsed a sacred view of the war and its heroes, with the intention of inspiring the soldiers on the front lines and encouraging youths to sign up to fight. Meanwhile, independent literary and art figures who had often visited war-stricken regions tried to depict the other dimension of war in their works.

Iranian writer and literary critic Mohammad Hassan Shahsavari has described “Burnt Land” written by Ahmad Mahmoud as the first and most successful piece of literature about the Iran-Iraq War. In an interview, Shahsavari told Al-Monitor, “After Mahmoud, authors and those who had a religious inclination started writing stories about the Holy War, [Iranian novelist and translator] Esmail Fasih, who was not a religious or revolutionary figure, also wrote ‘The Winter of 62,’ an important novel that was published in 1986. Although both Mahmoud and Fasih questioned the Islamic Republic’s conduct of the war, they never questioned the soldiers or the issue of defense.” Shahsavari added, “Religious writers were not fans of the war either. In fact, neither of these two movements … had militarist [type] literature of the Hitler era or that of those who supported the war.”

“Burnt Land” is based on Mahmoud’s personal experience in war-stricken regions. It deals with the first three months of the conflict, including the attacks by Iraq, the bombardment of cities, the deaths, the formation of resistance groups, the shortage of arms and ammunition, people crowding at train stations and roads to escape the war-torn cities and much more.

When Mahmoud's novel was published, intellectuals accused it of having a warmongering tone while authorities charged it with being opposed to the war. “Burnt Land” was published twice in 1982, each time with 33,000 copies, before being placed under a ban that continued until the end of the war.

In a meeting with a group of writers in 1998, Khamenei specifically criticized Mahmoud’s book, saying, “Anti-war literature found its way in our own country through unfit people. Why should it be like this? Sometimes in war literature, which should naturally lead to a literature of resistance, one sees individuals who are intentionally promoting anti-war literature. Like the book ‘Burnt Land.’”

Iranian cinema adopted a similar approach toward the eight-year conflict, with all films essentially focusing on the common goal of creating heroes. An Iranian film critic who asked not to be named said that though this approach was successful in motivating viewers to join the front lines, it was not considered warmongering. The film critic told Al-Monitor, “In Iran, we don’t have a war cinema; we have a sacred defense genre. This sacred defense is inherently anti-war because we were a nation that was attacked. Even the most vulgar films in this genre, those which have an industrial and commercial view, have an anti-war nature about them. But this is not the same as what is considered anti-war in human rights. This [being anti-war] is defined in the context of the sacred defense.”

One of the most prominent works of the wartime cinema is “Bashu, the Little Stranger” by Iranian director Bahram Beizai. The film was produced in 1986, but was banned from theaters for five years due to its critical view of the war. In the film, Beizai tells the story of a young boy named Bashu from southern Iran who loses his home and family in the war and later seeks refuge in Iran’s northern cities. The film critic who spoke to Al-Monitor on condition of anonymity said, “Even an open-minded director like Beizai creates heroes out of his characters when he portrays the ruins of war. He illustrates this in the context of defense and resistance and not in a context of war.”

Ever since the late 1990s, when Reformists came to power, Iran’s cinema and literature has adopted a different approach toward war-related topics. These days, there are films and books where the main character is, for instance, forced to go to war because it coincides with his compulsory military service. There are also representations of topics such as homosexuality, drug abuse, fear of death or escaping the war while serving on the front lines — issues that are viewed as red lines for artistic works dealing with the “sacred defense” and in most cases lead authorities to demand alterations or to outright ban such works.

Shahsavari said the most enduring art and literary works about the war have been those created by independent artists who nonetheless sympathize with the ideology of the sacred defense. These figures are also those who have perhaps come under most fire. Shahsavari said, “Individuals who have a religious disposition and have gone to the front lines but want to question the one-dimensional image of the war are accused of being anti-war and thus get no support. These individuals have suffered the worst blow from the restrictions that are placed on the illustration and narrations of the Iran-Iraq War.”