The breakdown of cease-fire talks is largely based on the Israeli government’s reluctance to lift the Gaza siege, which it perceives will give Hamas the impression of winning. 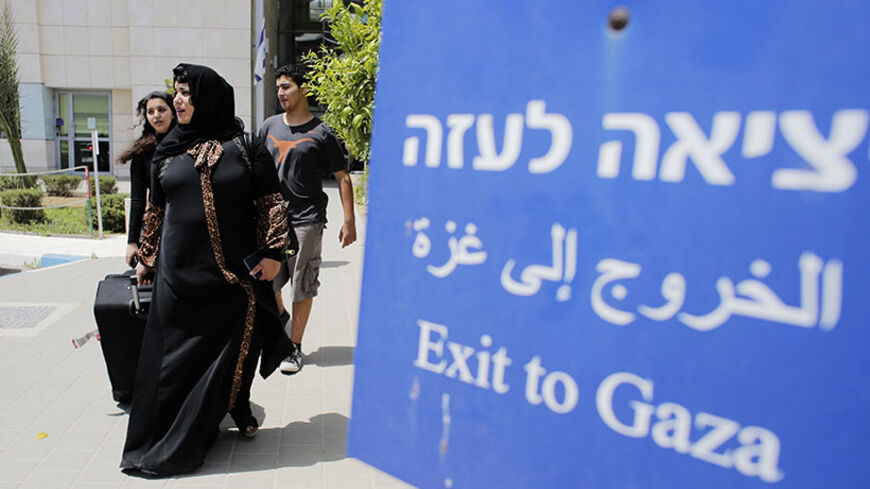 Indirect Palestinian-Israeli talks under the sponsorship of the Egyptian government have collapsed, but if and when negotiations resume, they will most likely pick up where the talks left off.

Despite Israeli arguments to the contrary, the 11-point Egyptian proposal appears to be closer to the Israeli point of view. The only real problem for Israel has been a public relations problem. They are afraid of any agreement that might give Palestinians the appearance of victory.

The main issues that remain to be resolved focus on Palestinian freedom of movement and the status of Palestinian seaports and airports. Other unresolved issues are the release of the recent Palestinian prisoners, including parliament members, and the timing of the lifting of some elements of the Israeli siege. Palestinians and Egyptians have not added the Rafah border crossing to the discussion because they plan to resolve that issue in bilateral talks. Europeans have come out strongly in support of the return to the 2005 arrangement where the Presidential Guard manned the crossing with supervision from the European Union Border Mission in Rafah.

Palestinians insist that the Gaza ports are guaranteed in the Oslo Accord and therefore are an already established right. The Palestinian delegation wanted at a minimum to continue working on preparing these ports. Israel destroyed the airport runway in 2002. Work on the seaport had not started. Palestinian experts have traveled to the Netherlands to learn how to take care of breaking waves, a potential problem that has historically been the reason why Gaza has not had a seaport. Israel is adamant in rejecting at present any work on the ports, making such an effort connected with proof of demilitarization by Hamas and Islamic Jihad and a commitment not to dig any tunnels toward Israel

This gradual easing of the blockade has another hidden Israeli purpose, namely that Israel doesn’t want to grant Hamas the appearance of success. Israeli Prime Minister Benjamin Netanyahu described these issues in purely selfish terms. On the opening of the weekly Sunday morning Cabinet meeting, Netanyahu said, “Only if there is a clear response to our security needs will we agree to reach understandings.”

Palestinian factions including Hamas and Islamic Jihad have publicly rejected the idea of granting Israel the gift of quiet without an agreement. Hamas representative in Lebanon Osama Hamdan said on his Facebook page that what was offered in Cairo does not meet Palestinian demands and that Israel “must accept Palestinian demands or risk a long war of attrition.”

Palestinians argue that the Israelis broke off the cease-fire negotiations because of their plans to kill the commander of the Hamas military wing, Mohammed Deif. Israel killed six Palestinian civilians, including Deif’s wife, Widad, and 7-month-old son Ali. Netanyahu has said that leaders of Hamas are legitimate targets, but the Israeli newspaper Haaretz has condemned assassinations and called for a return to talks. Palestinian resistance factions fired a record 168 rockets in one day, causing little damage and no known injuries or deaths to Israelis, but showing Israel that they have plenty of rockets in storage.

Talk about shifting the cease-fire talks away from Cairo and to the UN is unlikely to produce any major breakthroughs, since the UN Security Council will need to find an enforcement mechanism. Jordan, a member of the UN Security Council, is working on a draft resolution in coordination with Palestinian and Arab representatives in New York.

All Israeli attempts to reach a cease-fire agreement based on the concept of “quiet for quiet” have failed. Palestinians are united in demanding that Israel pay a price for a permanent agreement, namely a decision to lift the illegal siege on 1.8 million Palestinians. The lifting of the siege is no longer a Hamas condition, but is a Palestinian demand and has become an international call that will be hard for Israel to avoid. The only reason for delay in implementing a “cease-fire for lifting the siege” agreement seems to focus on internal Israel politics. Israel knows clearly what the price for a cease-fire is. The sooner it agrees to pay this price, the sooner this carnage can end and all parties to the conflict can sleep well at night.