Analysts are cautiously noting steps by both Israel and Palestinian factions in Gaza toward implementing the truce understandings reached last year to avoid another round of violence. 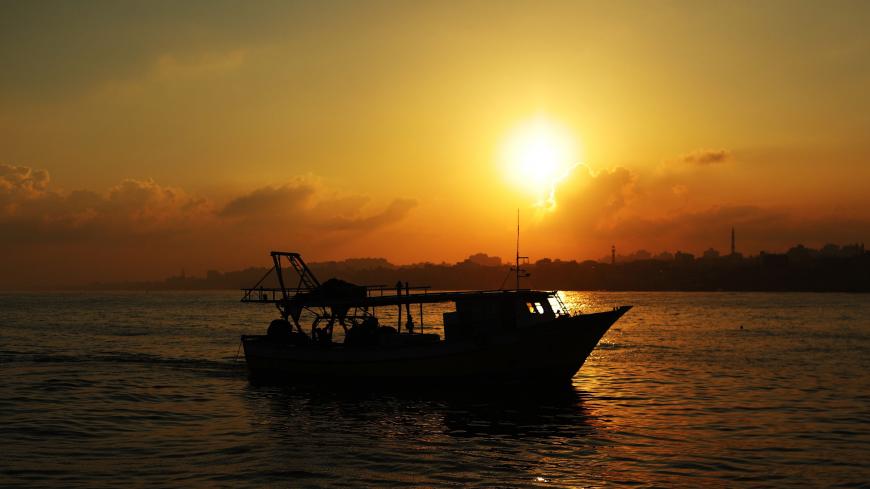 GAZA CITY, Gaza Strip — For the first time since the blockade on the Gaza Strip began in 2007, Israel is allowing large fishing boats to sail within 15 nautical miles of the Gaza shore Nov. 18. It also permitted the entry of medical equipment to a US field hospital in the north Nov. 19 and reopened the Karm Abu Salem and Erez crossings to Israel on Nov. 17 after several days of closure.

The Israeli steps come after a cease-fire agreement was reached between Israel and Islamic Jihad Nov. 14. A round of fighting between the two parties had erupted Nov. 12 shortly after to the assassination of Islamic Jihad commander Bahaa Abu el-Atta in a targeted strike on his house in the east of Gaza City.

The agreement signed between the two parties, under Egyptian and UN brokerage, included Israel's commitment to the truce understandings reached at the end of October 2018. Meanwhile, the High Commission for the Great March of Return and Breaking the Siege announced Nov. 19 that the marches were postponed for the second week in a row to “give Palestinians the chance to stand beside the families of those wounded, killed and harmed by the Israeli aggression.”

In its latest update Nov. 22, the Palestinian Health Ministry reported the death of 35 Palestinians and injury of 111 others during the latest escalation, including three women and seven children.

In a Nov. 19 article, analyst of Palestinian affairs for Israeli Yediot Aharonot Elior Levy called the developments harbingers of progress in the truce understandings, as the marches had never stopped for such a lengthy period since they started in March 2018.

Hours after the marches of return were postponed, Coordinator of Government Activities in the Palestinian Territories Maj. Gen. Kamil Abu Rukun posted on Facebook, “Israel is committed to understandings with Egypt and the other intermediaries to improve the humanitarian situation in the Gaza Strip, resolve the issue of the detainees and the disappeared and receive the bodies of the two Israeli soldiers and citizens detained,” whose fate remains unknown.

The Israeli army believes now is the right time to implement the understandings reached with Hamas to force the group to rein in other Palestinian factions that occasionally launch rockets toward southern Israel.

Meanwhile, Israeli Foreign Minister Yisrael Katz renewed his support for the building of an artificial island off the Gaza coast designed to disengage the enclave from Israel.

Haaretz reported Dec. 2 that arrangements ongoing currently between Hamas and Israel point to a possible truce that could last for years.

Talal Abu Zarife, a member of the High Commission for the Great March of Return and Breaking the Siege, told Al-Monitor that the commission is evaluating the marches to improve their methods and prevent injuries resulting from Israeli snipers.

He said, “The ratified understandings with Israel since October 2018 have been moving slowly, amid Israel’s slackening and occasional commitment depending on its interests,” adding that the committee is discussing with Qatari, Egyptian and UN mediators how they can pressure Israel to achieve quicker progress and avoid a blowup.

Hamas sources told Al-Monitor on condition of anonymity that Hamas representatives called Egyptian, Qatari and UN mediators Nov. 14 to urge Israel to implement the truce understandings swiftly to prevent another round of fighting. The discussions focused on the need for tangible achievements in areas like electricity and water supplies as well as accelerating efforts to establish the industrial zone in the east of Gaza City as well as the port and airport projects. The sources expect Hamas to hear good news from the mediators in the coming days.

Qatari Ambassador to the Palestinian Territories Mohammad al-Emadi, who is playing a major role in mediating talks between Hamas and Israel, held talks with the Palestinian Authority at the end of October on approval to operate the only power station in the Gaza Strip with fuel to be supplied by the Israeli Delek Group. Qatar has also been making efforts to get a power line connecting the Gaza Strip and Israel into operation.

Nizar Ayash, head of the Gaza fishermen syndicate, told Al-Monitor that the Palestinian Civil Liaison Office informed the group that Israel would allow large fishing boats to sail out a distance of 15 nautical miles. He noted that this is the first time in years that Israel has allowed such boats to sail this distance. Gaza fishermen own 100 boats of this kind. Ayash hopes the Israeli army will allow the fishermen to work freely and refrain from shooting at them and confiscating their boats.

In May and July, Israel returned dozens of Palestinian fishing boats that it had been holding for years.

In a report released Nov. 6, the Hemaya Center for Human Rights documented 29 Israeli attacks on fishermen during October.

Political analyst and journalist for Al-Ayam newspaper Talal Okal told Al-Monitor that there are many signs that Hamas and Israel are moving toward implementing the understandings, but ruled out a complete lifting of the Israeli siege on the Gaza Strip. He expects Hamas and other Palestinian factions to stop the marches of return completely if Israel convincingly implements the truce understandings.

Political analyst close to Hamas and former editor-in-chief of Felesteen newspaper Mustafa Sawaf told Al-Monitor that Hamas believes Israel has done little to fulfill the truce understandings. He expects mediators to pressure Israel in the next few days to move forward on them. He noted that Palestinian factions told Israel through mediators that its ongoing stalling would lead to another military confrontation amid the tough economic and living circumstances in the Gaza Strip.