An inflammatory sermon in Istanbul has made Turkey realize that the Islamic State has become a serious threat to its internal security and stability. 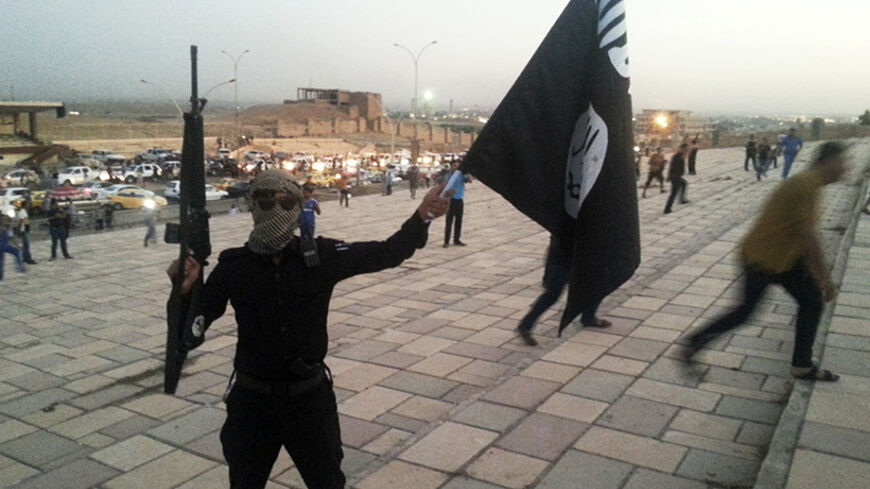 One of the first things the Islamic State (IS) did after capturing Mosul was to seize the Turkish consulate in the city and take 49 Turkish nationals, including the consul general, hostage.

As the government tends to do whenever faced with unpleasant issues, it arranged for a court to impose a gag order on all reporting about the hostage issue — hence the low-key coverage. The Turkish media in general prefers to remain silent, reporting only on government officials saying they expect them to be released soon.

But IS is now on Turkey’s radar not because of its massacres in Iraq or hostage Turks, but because of the activities of people affiliated with the group inside Turkey.

On Juy 29, the first day of the Eid al-Fitr holiday marking the end of Ramadan, the sight of mass outdoor prayers performed by a large crowd of long-bearded men in white robes and the sermon that followed ignited a serious debate in Turkey. The sermon included, among other things, “Those who believe, those who … participate in jihad on the path of Allah with their lives and all their beings will be rewarded generously. They are the ones who will survive. Our plea to Allah Almighty is to accept us jihadists. We beg him to compassionately help the mujahideen, those in jihad … to hit their targets accurately.”

Images of this assembly were provided by the group itself. Only after they were released on websites known to be closely affiliated with IS did the mainstream media become aware of them and run the images.

Journalist Rusen Cakir, who follows Islamic trends in Turkey closely, said although the organizers of the Eid prayers deny they are linked to IS, nothing negative is said about IS and its leader Abu Bakr al-Baghdadi on the website that released the denial. Cakir said it can be easily said that the “new Salafism in Turkey has achieved certain levels of structuring.”

Actually, it wasn’t only this mass open-air prayer that signaled IS has achieved a certain level of structure in Turkey. The Allah-u Akbar and Muhammediye mosques in Istanbul were set on fire by people said to be affiliated with IS. According to the Human Rights Association (IHA), which analyzed the Muhammediye mosque after the fire, it was a planned attack and IS was behind it. IHA noted that a short time before the attacks, several people had asked the imam, “What is your sect? Are you Shiite?” The Istanbul leader of IHA, Abdulbaki Boga, said about the arson, "We can easily and clearly say that this attack in the center of Istanbul was by IS-Istanbul."

Hasan Karabulut, the president of the World Shiite Scholars Union, in a statement to Hurriyet, said the imam of the burned mosque had been threatened a week earlier. People had told him, "You are not one of us. You have no right to live. You worship stone. You are Shiite, Jaafari. We will set you on fire.” Karabulut also says IS is behind the arson.

IS-related incidents do not only include attacking mosques. According to Cumhuriyet, IS is also behind the attack on a group of the pro-Kurdish People's Democracy Party (HDP). The article read, “IS people destroyed the HDP election campaign office with machetes and electronic tools. The attackers destroyed many vehicles and work places, wounding eight people, two of them seriosly.”

Although it is not known how many people have joined IS from Turkey or how many militants they now have in the country, it is generally accepted that the numbers are at levels worthy of concern. According to Mehmet Seker, CHP member of parliament from Gaziantep, more than 5,000 people deceived by jihadist websites and social media networks have crossed over to Syria to join IS. According to a report in Radikal attributed to the German die Welt newspaper, 10% of IS militants are Turkish nationals. According Milliyet, like the Ankara youth who returned home with severe injuries, children as young as 14 are joining IS.

All these are indicators of how serious an internal issue IS is becoming for Turkey. The Islamic State's clashes with the Kurds in Syria and Iraq and accusations that the group is entering Syria via Turkey have the potential to adversely affect the Kurdish peace process in Turkey.

The words of Ahmet Turk, one of the leading names in Kurdish politics and the current mayor of Mardin, are noteworthy: “We see important steps being taken. But while there is a peace process moving along, IS attacks Kobani. IS has easy access over the border and the state is looking the other way. These make the Kurds question the sincerity of the peace process.”

Turkey’s serious troubles with IS are obviously not only about its citizens held hostage in Mosul but also the threat posed by the organization to the country’s security. The impression that Turkey is tolerating IS militants endangers the peace process in Turkey as IS attacks against Syrian and Iraqi Kurds escalate. IS has become a major threat to Turkey’s security and stability.