Grew up Kurdish, forced to be Turkish, now called Armenian

When loose-talking Turkish officials toss around the word "Armenian" like it's a slur, they incite further hatred toward minorities. 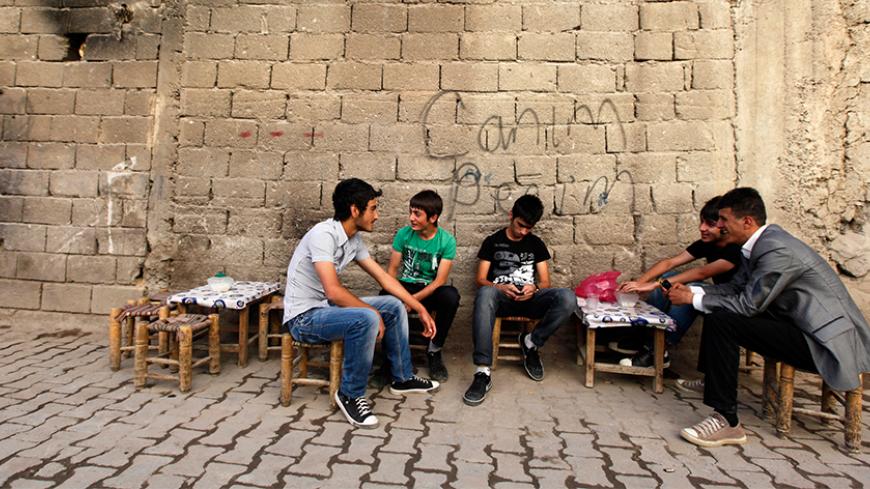 Political prisoner Selman Gulbahce asked the judge for a translator in Turkish court on Sept. 1. Gulbahce wanted to speak in Kurdish, his mother tongue. However, the judge allegedly got very upset at the request. Based on Gulbahce’s writings after the court session, the judge said, “There is no Kurd. You have been educated in this country’s schools. You are impudent, insolent. Leave my courtroom.”

And according to the reports, it did not end there. Justice Sevval Akkas then turned to the gendarmerie soldiers in the courtroom and said, “They are killing your comrades every day. They are killing the police. As a woman, I am battling them, and you guys are just standing there and watching. They are like the Armenians. If they are not stopped in time, God knows what will happen.”

The alleged statement of the judge can be seen as part of a spine-chilling trend in Turkey.

During the presidential election campaign of August 2014, then-Prime Minister Recep Tayyip Erdogan, now president, said, “Let the Turk say he is a Turk, and the Kurd say he is a Kurd in Turkey. What is wrong with that? In the past, they spread rumors about me. They said I am a Georgian. Excuse me, but they have said even uglier things. They have called me Armenian.”

Erdogan’s words caused an uproar, as Al-Monitor columnist Cengiz Candar explained at the time. However, now we must ask why one would be offended to be called an Armenian.

When the Kurdish-majority southern town of Cizre was under curfew in September, the police taunted over loud speakers: “Armenians are proud of you. You are all Armenians.”

In the Sur district of Diyarbakir, an Armenian Catholic Church was targeted during another curfew in mid-September. The doors of the church were broken and the signboard showing its establishment date removed. Arat Karagozyan, chairman of the Mesopotamia Armenian Association, told the media, “On the centennial of the Armenian genocide, this is reminding us of the events of 1915 all over again. These words, ‘You are all Armenians,’ are also proof of the 1915 genocide. They are trying to portray Armenian as a bad thing. We are quite distraught.”

In a rather mind-boggling tweet Sept. 7, presidential senior adviser Burhan Kuzu wrote, referring to Kurdistan Workers Party (PKK) members, “The killed terrorists’ bodies must be examined. It would be seen that most of them are not circumcised. Wake up my Kurdish brother, wake up already.” The pundits' and public’s reaction to Kuzu’s comments are noteworthy. Most of them were sarcastic and below the belt. Yet, the underlying idea was to differentiate the non-Muslims (as uncircumcised) and identify them as terrorists. The tweet was suggesting that PKK members are not Muslim, therefore, they are not our brothers. But Kurds are Muslims, hence our brothers. Kuzu was implying that Armenians, not Kurds, are the ones rebelling. And once again, "Armenian" becomes a derogatory term to justify hatred and enmity.

Al-Monitor interviewed more than 10 Armenian and Kurdish politicians, pundits and activists to understand how this trend of branding the Kurds as Armenians is affecting society and what kind of repercussions it may have in the near term. Why do Justice and Development Party members and government employees employ such a hatred-filled rhetoric during the heated election campaign?

Fethiye Cetin, a lawyer and friend of slain Armenian intellectual Hrant Dink, who has also discovered her own hidden Armenian roots, told Al-Monitor, “Ogun Samast [the convicted murderer of Hrant Dink] shot Hrant, he screamed 'Die Armenian!' Yet he had never known another Armenian in his life or met one before. In the court, Samast said, 'Had I known Dink had a family, had kids, I would not have killed him.' That explains how the political system is producing disposable lives. Armenian is one of those worthless lives on the list. The new generations are being taught to see Armenians not as human, but [as] an entity to be despised and destroyed, the worst enemy. And the school curriculum adds fuel to the existing fires.”

Cetin’s explanation matches the real-life experience of Hatice Altinisik, a Kurdish Alevi, who is a member of the Central Executive Council of the pro-Kurdish Peoples’ Democratic Party (HDP). She told Al-Monitor, “For decades, the governments in Turkey tried to wipe Anatolia of any traces of Armenian identity. Murders and forced immigration were not sufficient. Names of towns, streets, even recipes were altered. Their churches became mosques. They attempted to rewrite history. Now, [they are] telling the people of Cizre, under curfew for nine days, 'You are all Armenians.' This shows us the fabricated 'one nation, one belief’ has collapsed. They have failed to destroy the Armenian ghosts of history.”

Indeed, Altinisik has experienced firsthand verbal attacks by Veil Kucuk, a retired brigadier general, who is allegedly the founder of Gendarmerie Intelligence and Counterterrorism (JITEM), a secret anti-terror military unit. Kurds attribute several cruel acts of the 1990s to JITEM. Kucuk confronted Altinisik, calling her an “Armenian whore, Armenian bitch.” Altinisik explained to Al-Monitor that she would not let that get under her skin. She told him, “Better to be a whore of any ethnicity, than a murderer like you.”

HDP Deputy Chairman Alp Altinors told Al-Monitor, “Since the 1990s, the official rhetoric has attempted to distance the PKK from the public by branding it as Armenian." It was common to hear slogans such as “They are not circumcised,” “Armenian seed” and “ASALA [Armenian Secret Army for the Liberation of Armenia] finished as the PKK started."

"What is new is, they used to say PKK members are Armenian, not Kurdish, but now they are calling all Kurds in the region with a blanket 'accusation' as Armenian,” Altinors said.

Aline Ozinian is a regional analyst for the Armenian Assembly of America and an Armenian correspondent for AGOS, an Armenian daily published in Turkey. She told Al-Monitor, “HDP’s success showed that efforts to brand the HDP just as the Kurdish party failed. So to curse it now they had to find another label, and Armenian is the worse label they found. But if we think about it, do Kurds have some Armenian blood? Possibly. Just like the Turks. We know that many young Armenians were left behind, and today we hear some of their stories as secret Armenians.” Ozinian blames Turkey's dwindling Armenian population on public reaction to officials' statements. It's bad enough, she said, that the word Armenian is used as a slur, but it is not even a crime to kill an Armenian in Turkey.

"That is why Armenian children are struggling so hard to hide their identity,” she said.

Bedo Gesaratsi, an Armenian from Turkey, views the issue from an interesting perspective. He told Al-Monitor, “Calling one an Armenian is killing two birds with one stone nowadays. Anyone opposing the state deserves the treatment Armenians once received. Also, equating the Armenian identity with that of the PKK helps the government, since they cannot punish all Kurds for being Kurdish, simply because they cannot afford to alienate all Kurds.”

We see that the “They are Armenian” labeling is aimed at the pious Kurds, to distance them from those who might be sympathizing with the HDP and to attract ultranationalist (Nationalist Action Party) voters by igniting fires of patriotism. That said, the longer-term effects of these populist policies are rather scary. As tensions increase in Turkey, identifying with any minority group (be it Kurd, Alevi, LGBT, Shiite, non-Muslim, Greek, Armenian or another) becomes a source of fear again, and people try to hide who they are.

As Mari Esgici, an Armenian from Diyarbakir who owns a tavern in Istanbul, once said, “We were Armenians by birth, Kurdish while growing up and Turkish as adults.” That sentence on its own should be a source of deep concern for anyone living in Turkey.