In an exclusive interview, Fethiye Cetin, a human rights lawyer from Turkey, reflects on her courageous journey of coming out of the closet about a hidden Armenian grandmother. 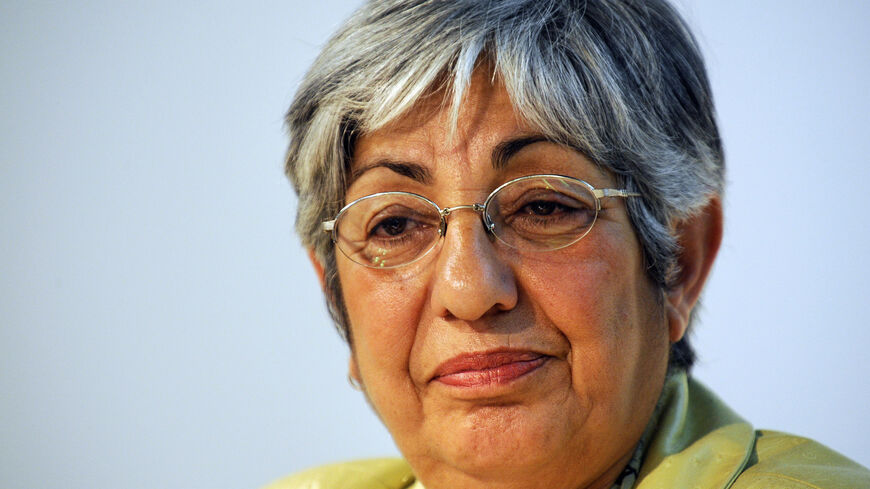 After reading about Fethiye Cetin for over a decade and reading her books, I had envisioned a bitter and brittle woman, one maybe even a little jaded with age, given all the hardships she has endured in her personal and professional life. To my surprise, Cetin is quite the opposite. She has a witty smile. She speaks on the most horrendous issues in a rather soft, caring voice and with deep compassion. Cetin’s gracious and calm attitude is a rarity in the Turkish political scene. After the interview, I learned that my observations were shared by almost everyone who had met her in Los Angeles or Turkey.

Cetin was born in Maden, Elazig (an eastern province of Turkey) in 1950. Her maternal grandmother, Seher, chose Cetin to reveal her long-hidden secret: she was an Armenian rescued from the 1915 death march by a soldier and adopted by his family. Her real name was Heranush, and in 1915 she was about 10 years old. After the Armenians left, their towns' names were changed, as were orphans’ names. Seher was raised as a Turk and Muslim. After Seher passed away in 2000, Cetin published an obituary for her in the weekly Agos, the voice of the Turkish Armenian community. Cetin was good friends with the editor and owner of Agos, Hrant Dink (who was killed in 2007). This obituary reached across the ocean and was seen by Seher's younger sister and cousins, the Gadaryan family, who called Agos. Cetin was able to meet them in New York. In 2004, Cetin published a groundbreaking book, “My Grandmother,” narrating her grandmother’s story, which was then translated into 13 languages. In 2009, she published her second book, "The Grandchildren" (translated into three languages), this time interviewing grandchildren of the hidden Christians in Turkey. Her latest book, “I Feel Shame,” explains her doubts and concerns about the Hrant Dink case, in which she served as the Dink family’s attorney.

Cetin was in Los Angeles on an invitation from the United Armenian Council for the Commemoration of the Armenian Genocide Nov. 12-24.

Al Monitor:  It has been 10 years since “My Grandmother” was published. It was a groundbreaking book. After a decade, how do you see its impact on Turkish society and politics or beyond? Also, how did the book affect your personal life?

Cetin:  The events of 1915 were taboo in Turkey; it was not spoken of in public or private. There was a painful silence. There was silence about the Armenian genocide, and there was silence about Islamized Armenians. I was in prison for protesting against the military regime as a young student for a short time in 1980. We were brave and loud in our resistance. We sang, shouted our slogans. In our small cell, we formed strong bonds of friendship as the women of resistance, yet whenever this issue of Armenian roots came up, we only whispered. That is what led me to come out in the open decades later [in 2004] and publish this book. I wanted it to be heard loud and clear. I believed I owed it to my grandmother and others who survived the events and whose lives and identities changed completely and they never got a chance to talk about it. Most of the grandparents have passed away now. We do not know what they lived through but we know their silence. I believe genocide is not just the number of people who have been massacred, but it is also the greatness, the intensity of silence in the society about it. The deeper the silence, the deeper the human tragedy becomes.

For me, personally, the book was perceived positively. I was not persecuted. Earlier, famous authors such as Orhan Pamuk faced charges for touching on a similar issue, but my book was received positively. And this gave us hope to break the silence. After my first book, “My Grandmother,” people started questioning their own family trees. Indeed, in Turkey, only a few families have family trees. However, after the book, young people started asking questions. They realized some of their family stories did not add up and should be questioned. Some said, “Yes, it is odd my grandmother had no living relatives, could she be of Greek or Armenian origin?” They started investigating. We still cannot gauge the exact number of grandkids of Islamized Armenians today, but from their stories came the second book.

After the publication of “My Grandmother,” my family divided into two. One group was upset with me, asking, “Why are you opening up old stories now?” “Why are you revealing our identity in the public eye?” They were concerned about possible negative reactions. The other half, particularly the younger generation, was accepting and curious. That gives me hope.

Al Monitor:  So you received no negative reactions to your book? And you did not use the word “genocide” — which is still unacceptable for the Turkish state — in the book. Was that a deliberate decision on your part?

Cetin:  I did not use the word because my grandmother did not use it. I wanted to remain true to her story in that book. Using the word "genocide" would therefore have been my own interpretation. My goal was to showcase her story. I did not want to pass judgment on how we now should understand them; I wanted to present her life and experiences. And I think that is why the human story of the book connected with people. People even from ultranationalist backgrounds in Turkey still stop me on the street today and tell me how it made them question their own family trees and brought them together with relatives they never knew existed, I think because it was just a human story exclusively and it was the first to pull the covers off a hidden part of history. In one book reading, a group of young men told me, “This is good that you wrote the story of your Islamized grandmother, but we wish you had also written the other stories of Turkish Muslim grandmothers’ struggles as well.” I replied by saying, “I wrote my own grandmother’s tale and I would love to read others’ stories as well.”

Al Monitor:  Your experience of being in the public eye with your Armenian ancestry and your friend Hrant Dink’s assassination in 2007 all happened during the rule of the Justice and Development Party [AKP]. How would you evaluate the change in Turkish society’s perception of “being Armenian” in this era?

Cetin:  A lot changed. We can definitely talk about the Armenian identity more freely now. The AKP started rather positively toward all minorities, with its plan to return the properties of churches, temples and other foundation buildings to minorities. There was some relaxation in the social sphere for different identities. When Hrant was assassinated in 2007, we saw thousands of people within hours gathered in the location of the murder, standing in solidarity with his family. For his funeral, millions marched, chanting “We are all Hrant, We are all Armenian.” This was unprecedented. Yet, his murder case is still not closed, as there are still unanswered questions. There are still strong negative feelings nourished by some groups and reiterated by high-level government officials from time to time about Armenians. Even small steps, such as an Armenian author becoming an adviser to the prime minister, can be viewed positively. Yet, the perception that minorities are collaborators with foreign forces is still alive. Also, the AKP has given some breathing room to intellectuals by making it difficult to charge anyone with insulting Turkishness, for example, because now prosecutors need the permission of the justice minister. However, this is a not a permanent solution, because what if the minister is changed and he has a different perception? We see only temporary solutions to the human rights abuses.

Al Monitor:  How would you compare your audiences in Southern California and in Turkey?

Cetin:  I have not been to the US since 2004. This is my first time in Los Angeles and my audience here is mostly Armenian Americans. So if I were to compare them with my audiences in Turkey, both groups almost are identical in the bases of their feelings. I observe similar reactions to the stories I share. It is important for both audiences that the silence about the events be broken, and the memories revealed, because this is how the healing process can start. That is why we initiated a renovation of the fountains in my grandmother’s hometown in Turkey. These fountains were built by Armenian residents of the town before 1915, but they were in ruins. We invited Armenian youths from Armenia, France and the US to work along with Turkish, Kurdish volunteers from all around the country to renovate them. Armenian was spoken loudly in the town again after decades. Now these fountains are running. They stand as a sign of our personal healing as well as a healing of the society by recovering our common history. In 2012 a documentary titled “Habap Fountains: The Story of a Restoration” was released to share the story with the people who may never visit Habap, to show that there is a possibility for healing through cooperation rather than silencing differences.