Recep Tayyip Erdogan's victory at the presidential polls heralds the inauguration of a "new Turkey." 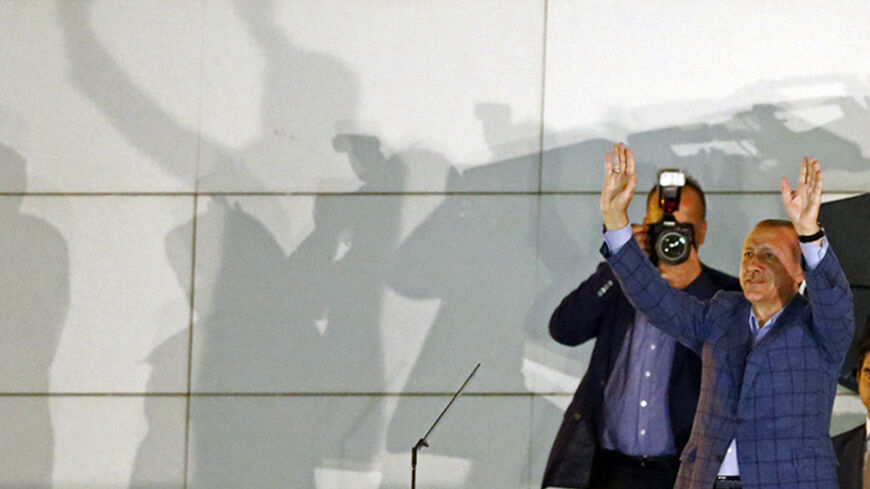 Aug. 10, 2014, will probably be recorded in the annals of Turkish history as a turning point. It is the date when Recep Tayyip Erdogan, the longest-serving prime minister of Turkey’s 91-year old republic, became the first president ever elected by popular vote.

Erdogan won with roughly 51.7% of the vote, a narrower margin than many had predicted. KONDA, breaking the rules, had announced 72 hours before the election that Erdogan was expected to win with 57%, a very clear margin. Other contenders were enraged that Turkey’s most prestigious polling company had been used by Erdogan and his ruling Justice and Development Party (AKP) to discourage those voters spending their vacations in the coastal areas of Turkey from coming back to cast their votes.

Such speculation was not totally groundless given the election results. Erdogan won with nearly 52% in the first round against his main contender, Ekmeleddin Ihsanoglu. The joint candidate of two opposition parties, the center-left Republican People's Party (CHP) and the ultranationalist Nationalist Movement Party (MHP), Ihsanoglu was expected to amass 38.5% of the vote, a fairly safe margin. Nonetheless, if the figures are more closely scrutinized, they indicate that Erdogan won more or less the same votes that his party had won only a few months ago in the March 30 local elections, while the sum total of the votes of the two opposition parties dropped drastically.

On March 30, 89% of the voters cast their ballots while on Aug. 10, that number stood at only around 74%. Out of the nearly 53 million registered voters, 13 million declined to vote. Comparing Erdogan’s 20,520,000 with the ruling AKP’s turnout on March 30, one can conclude that there has been no increase in support for Erdogan, but he and his party have preserved their strength. (Some observers remind us that in the general elections of 2011, the ruling AKP led by Erdogan had won 21.5 million votes. Though such analogies may sound reasonable, should not diminish the value and significance of Erdogan’s victory in the presidential elections, taking into consideration the changed local, regional and international circumstances since then.)

The unquestionable losers of the presidential elections are the two opposition parties, rather than the main rival of Erdogan, Ihsanoglu. The opposition parties’ joint candidate, former secretary-general of the Islamic Cooperation Organization Ihsanoglu's votes remained at approximately 15,143,000, roughly 5 million below the sum total of the votes cast for the CHP and the MHP on March 30. Ihsanoglu was an unknown quantity and his performance during the campaign, diametrically opposed in style to that of Erdogan, was considered by many respectable and successful. Therefore, his losing is attributed mainly to the two parties that nominated him as their joint candidate rather than to him personally.

Such a deficit and the dramatic decrease in voters from 89% on March 30 and 74% on Aug. 10 explain why the contest went in favor of Erdogan in the first round without a need for the second round, scheduled for Aug. 24.

The third contender, Selahattin Demirtas, a Kurd by origin and the candidate of the pro-Kurdish party and some Marxist and leftist circles, won 9.8% of the vote, nearly 4 million ballots. This was a remarkable, nearly 50% increase in his party’s performance since the previous elections. Supporters of Demirtas are content with the result and it is presumed that the bargaining power of pro-Kurdish political circles has been augmented for the coming political period of Turkey in the wake of the presidential elections. Demirtas' effective campaign also enhanced the “anti-secessionist” Kurdish position, a political stance advocating for the Kurds to remain within Turkey’s body politic.

The main outcome of this election is that Erdogan won an astounding victory, became the 12th president of the Republic of Turkey and sealed his place in history as its most powerful and transformative leader since Mustafa Kemal Ataturk, the founder of modern Turkey.

His victory with 52%, though lower than expectations, nonetheless can well be interpreted as the first time the majority of Turks have backed Erdogan and extended a clear mandate for his pledge to build a “new Turkey.”

He repeated that phrase, “new Turkey,” several times in his victory speech from the balcony of his party’s headquarters in Ankara at midnight, Aug. 10, before deliriously cheering supporters.

“New Turkey” mostly meant a break with the Kemalist past of modern Turkey, an ambitious new country reviving the alleged glory of the Ottoman past in the minds of Erdogan and his close associates of the pre-Kemalist republic.

Erdogan has already been the longest-serving prime minister of Turkish republican history. Now with at least another five-year mandate at the post of presidency, his will outnumber the years that Ataturk was in power from 1923 until his death in 1938.

Now, his electoral victory must spell the inauguration of the “Second Republic,” and Ataturk's republic is changing to become the “new Turkey.”