The abduction and killing of the three Israeli students is not the first terrorist incident associated with the Hebron-based group. 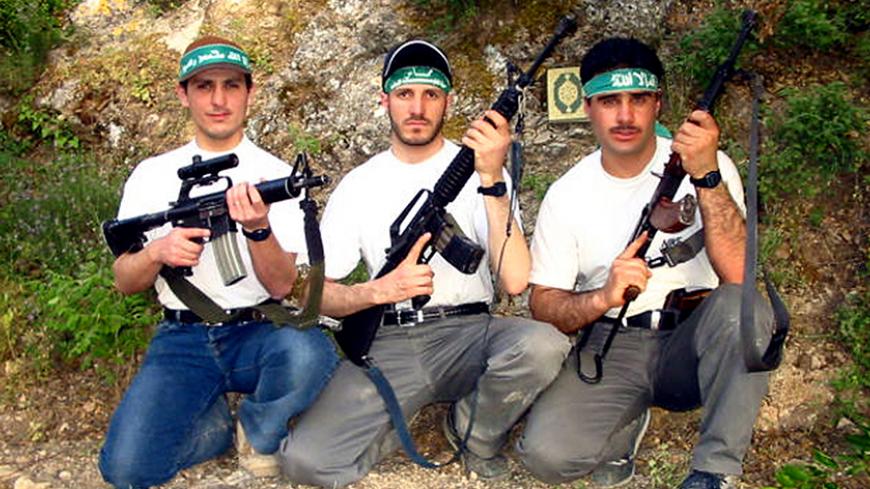 Marwan Qawasmeh is one of the two suspects for the abduction and murder of the three Israeli youths who were brought to their final resting place on July 1. Before they were murdered, one of the youths succeeded in calling the police and reported that he had been abducted. One can clearly discern the voices of the abductors on the police recording and a volley of shots from an automatic weapon. There's no doubt about it: The three youths were killed in cold blood, at point-blank range, only a few minutes after they entered the car apparently driven by Marwan Qawasmeh and the second abductor, Amar Abu Aisha.

This same week, I published an article about the Qawasmeh clan in Hebron and and gave a historical overview of some members of the family who have been implicated in past terrorist incidents. This family produced a long line of suicide terrorists and executors of terror acts in Israel, mainly during the period of the second intifada. In response to my article, Palestinian journalist Daoud Kuttab published a rejoinder in which he argued that "the stereotypical argument was fleshed out by Al-Monitor's Shlomi Eldar in a piece that is full of this sense of collective responsibility.''

In his article, Kuttab lists the names of Qawasmeh members who are artists, authors and members of the liberal profession and claims that this is a respectable family.

Instead of arguing with my colleague, I will also present the reader with a nominal list of Qawasmeh family members. Next to each name is the terrorist act or acts in which the individual was partner with, or which he masterminded and planned:

Imad planned the double suicide attack in Beersheba (August 2004) in which 16 Israelis were killed. This attack shattered the understandings reached by Israel and Hamas six months earlier, regarding cessation of the attacks (on Israelis) and of the eliminations (of Hamas leaders).

Imad Qawasmeh was not picky when he recruited suicide terrorists and sent his cousin Ahmed Qawasmeh and another terrorist, Nassim Subhi Jabari, to commit the suicide mission in Beersheba. In addition, to recruit suicide terrorists, Imad worked together with his cousin Abbedallah with a bunch of boys who played soccer close to the university in Hebron in a group they called ''the al-Jihad Mosque team.'' All the group's players were recruited for terror activities. Some were members of the Qawasmeh clan (Fuad, Hamza, Muhsan and others), while others were neighbors or acquaintances of the family (such as Basam a-Takruri who committed the attack in Jerusalem's French Hill neighborhood).

But Imad, the recruiter and handler of suicide terrorists, did not fall on his own sword. When the IDF surrounded the house in which he hid in Hebron in October 2003, and bulldozers started pushing down the house walls to collapse it, Imad chose to live and gave himself up to the soldiers of the Egoz Reconnaissance unit soldiers.

So perhaps it could be that Kuttab is correct and the extensive Qawasmeh clan also boasts lawyers, writers and theater playwrights such as Jamal Qawasmeh. But it turns out that the family is far more infamous for the terror activities of its sons, than for playwriting.

I have been covering Palestinian society for many years, and I have never encountered a family that has spawned so many sons with blood on their hands. The Qawasmeh family has no comparison. The facts and names speak for themselves.

In his article, Kuttab criticizes the behavior of the Israeli media, which (he feels) is itching for a fight. He also censures the words of Prime Minister Benjamin Netanyahu, who (according to Kuttab) called for a revenge campaign.

Netanyahu's words emerge from a specific cultural context, one familiar to every Israeli boy and girl who attends school. Israel's prime minister quoted from the famous poem Al HaShehita (“On the Slaughter”), written in Hebrew by national poet Chaim Nachman Bialik. Bialik composed the poem in 1903 in response to the Kishinev pogrom in which numerous Jews were murdered:

''And cursed be the man who says:
Avenge! No such revenge — revenge for
the blood of a little child — has yet been
devised by Satan. Let the blood
through the abyss! Let the blood seep
down into the depths of darkness, and
eat away there, in the dark, and breach
all the rotting foundations of the earth.''

This poem is one of Hebrew literature's masterpieces. Kuttab, who has covered the Israeli-Palestinian conflict for so many years, is evidently not familiar with it. Therefore, he interpreted Netanyahu's words as a call for vengeance, but as aforesaid this is a misunderstanding of the text.

One more thing: In Kuttab's entire article there was not even one word of reproach or of shock at the cold-blooded murder of three youths. It seems to me that the author himself is prisoner of a stereotypical black-and-white narrative, to the extent that he does not see the truth, the humanity, the facts. And, as aforesaid, the facts speak for themselves.