Jordan admits to barring entry of Palestinian refugees from Syria

Jordan, with half its population already estimated to be Palestinian, is concerned that admitting more Palestinians from Syria will alter its internal demographics and change the balance of power. 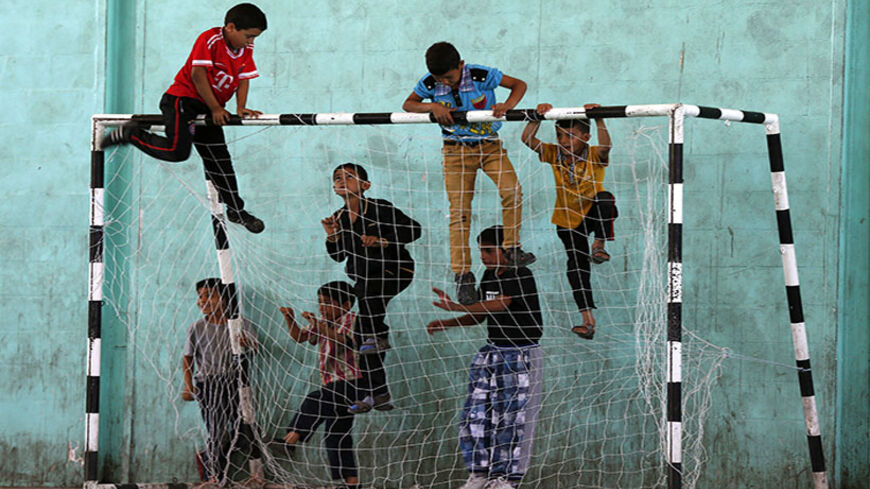 AMMAN, Jordan — Jordan’s leaders regularly highlight the country’s assistance to refugees fleeing the Syrian conflict. Jordan’s minister of planning and international cooperation, Ibrahim Sarif, told The New York Times that the presence of so many refugees from Syria in Jordan is equivalent to “the United States absorbing the entire population of Canada.”

Jordan’s embassy in Washington consistently posts self-complimentary messages from its Twitter account, such as a July 2 tweet: “#UNHCR’s @And_Harper praises #Jordan for its continued aid to #Syrian #refugees despite hurdles.” Yet the Jordanian government’s discrimination against Palestinian refugees fleeing the war in Syria — both at the border and inside Jordan — presents an alternative narrative.

At the beginning of the conflict in 2011, Jordanian authorities permitted Palestinian refugees from Syria to enter the country. However, the situation soon changed in the fall of 2012. Adam Coogle, a Human Rights Watch researcher based in Amman, explained to Al-Monitor that the organization received reports at that time of Jordanian border guards refusing to admit Palestinian refugees from Syria. When the organization first approached the Ministry of Interior with its reports, the authorities denied the practice, Coogle said.

However, by January 2013 Jordan’s Prime Minister Abdullah Ensour finally confessed to the non-admittance policy toward Palestinian refugees from Syria, telling Al-Hayat, “Jordan has made a clear and explicit sovereign decision to not allow the crossing to Jordan by our Palestinian brothers who hold Syrian documents.” Discussing Jordan’s regional challenges, Ensour added, “They should stay in Syria until the end of the crisis.”

Jordanian parliament member Tarek Khoury expressed his frustration with the government’s handling of the Palestinian refugees from Syria. Given the danger that Palestinians face returning to Syria, he exclaimed in an interview with Al-Monitor, “They don’t care. They are telling him: 'Go and die!'”

Rami, a Palestinian refugee from Syria, expressed similar disillusion with the Jordanian policies toward his fellow refugees. Rami requested that his full name not be disclosed due to the sensitivity of the issue. He crossed into Jordan in 2012, during the early period when Palestinians were still permitted entry. However, while his Syrian counterparts soon moved out of the temporary holding facility, Rami remained stuck in those crowded confinements. “[The Jordanian authorities] treated me like a war criminal,” Rami told Al-Monitor. “I did not know that being born to a Palestinian-Syrian father was a transgression.” He also noted that with the new non-admittance policy, his family remains endangered in Syria and unable to join him in Jordan.

In forcibly repatriating Palestinian refugees back to Syria, the Jordanian authorities “are in violation of the principle of non-refoulement,” emphasized Coogle. They are sending back refugees to a “place [where] they face persecution.”

Coogle also suggested that by refusing to admit Palestinian refugees from Syria, Jordan was in violation of its obligations as a signee of the International Convention against Torture. The treaty prohibits countries from sending individuals back to a place where they face a high likelihood of torture. Since torture is so “widespread and rampant” in Syria, Jordan’s insistence on returning Palestinian refugees appears to fit this scenario.

The 3-year-old civil war in Syria has significantly impacted all of its neighbors, especially Jordan. The Hashemite Kingdom has absorbed approximately 600,000 refugees, of which 14,200 Palestinian refugees from Syria have asked for assistance from UNRWA, the UN agency that works only with Palestinian refugees. However, many more Palestinian refugees likely live in Jordan, as registering with UNRWA is not mandatory.

Although countless Syrians have faced dreadful conditions throughout the war, the Syrian government’s treatment of Palestinians has been especially gruesome. Syrian authorities have sporadically besieged the Yarmouk Palestinian refugee camp, leaving the 18,000 inhabitants without food for days at a time. People living in the camp have been forced to eat animal feed to survive.

While many Palestinian refugees from Syria are living precariously in Amman, 190 of them are currently confined to a closed facility near the border town of Ramtha, also known as “Cyber City.” Gunness said that most of these refugees entered Jordan in 2012. They have remained confined here since the government ended its policy of allowing Jordanians to vouch for Palestinian refugees, as is the case with all other asylum seekers from Syria. Even when families are separated, the Jordanian authorities are unwilling to allow the refugees to reunite with their loved ones.

If refusing to admit Palestinian refugees from Syria causes such a humanitarian crisis, why does the Jordanian government continue with this practice? Jordanian society is divided between those of Palestinian origin and the so-called East Bankers. By absorbing another wave of Palestinians from Syria, this “piles onto the problem and makes it even worse,” Musa Shteiwi, the director of the Center for Strategic Studies at the University of Jordan, told Al-Monitor. “Jordanians are worried about an influx of Palestinians because this will change the balance of power, demographics and the structure of the country.”

Despite receiving repeated inquiries, the Jordanian Ministry of Interior declined to comment for this article.