The crisis in Syria has been a catalyst for Jordan to focus on economic, not political, reform and security. 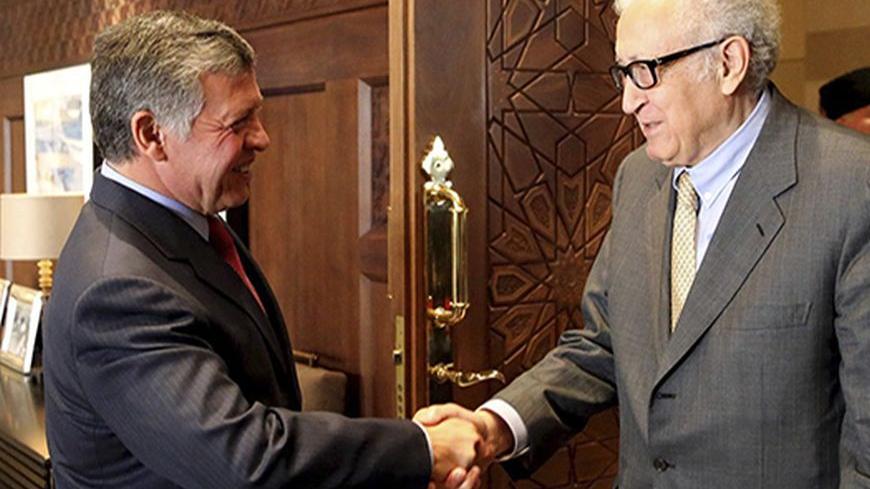 AMMAN, Jordan — Jordan’s old guards have been making a comeback ever since the onslaught of the Arab Spring began to recede in early 2012. The change started when reformist Prime Minister Awn al-Khasawneh resigned in April 2012 in protest over royal intervention in his policies. Khasawneh, a former international jurist, had tried to reclaim full independence from the royal court and attempted to engage the Islamists — who were leading the opposition — in an open dialogue. King Abdullah then appointed conservative politician Fayez al-Tarawneh as prime minister. The appointment signaled a major shift in the regime’s response to public protests calling for political reforms.

Such a shift was prompted by regional changes in Syria, where jihadists were making their presence felt on the ground and competing with secular opposition groups. Later, the regime would sense the growing public discontent with Egypt’s Islamists, which reflected on Jordanians who opposed a similar takeover by the Muslim Brotherhood in Jordan.

Furthermore, the regime had presented a package of constitutional reforms, which it believed was enough to satisfy the country’s political establishment as well as disgruntled citizens. By mid-2012, the regime was convinced that Jordan’s version of the Arab Spring was fading fast. The coalition between the Muslim Brotherhood and an alliance of nationalist and leftist parties and groups had collapsed. The youth movement (hirak) had failed to win the support of middle-class Jordanians. Their anti-regime slogans were rejected by most. Public protests were receding and Jordanians were vocalizing fears about the increase in the state of lawlessness in many parts of the country.

Throughout the early weeks and months of the Arab Spring, the regime had opted to deal peacefully with protests. Abdullah expressed sympathy and understanding for public demands. He offered his own vision for medium- and long-term political reforms through a series of articles. He made it clear that he was leading the process of reform and fighting corruption in the public sector.

But Jordan’s biggest challenge was economic, not political. The country’s financial ailments were compounded by the arrival of more than half a million Syrian refugees. Soon, the Zaatari refugee camp became the fifth-largest population center in the country. Years of neoliberal economic policies had sidelined the old guard, but they also failed to produce the economic miracle that Jordanians were promised. Many neoliberals — the so-called “digital” officials, whom Abdullah had adopted — were tainted by corruption charges.

As the country’s treasury neared bankruptcy, Abdullah chose a new prime minister, Abdullah Ensour — a former deputy who had objected to previous government policies. An economist and academic, Ensour, 70, is a fiscal conservative. He immediately adopted a number of controversial austerity measures that sent thousands of protesters to the streets a year ago. But he stood his ground and claimed full responsibility for his actions, which he justified as necessary to save the country from economic collapse.

By the beginning of 2013, it became clear that Jordanians’ appetite for protests had faded. The government focused on implementing a strict economic recovery plan with the International Monetary Fund, and in spite of the adoption of more austerity measures, public discontent was subdued. On the political front, the government provided little. It promised to amend the controversial single-vote election law, but so far it has done nothing. And in the wake of the fall of Egyptian President Mohammed Morsi in July, the government allowed loyalists to wage a media campaign to discredit the country’s Islamists.

Today, few are talking about political reforms. Jordanians are preoccupied with economic issues and watching anxiously the unfolding events in neighboring Syria. The regime, which has taken an anti-Syrian President Bashar al-Assad stance since the outbreak of the Syrian uprising, has changed its tone. Ensour has said that Jordan is following a neutral policy on Syria and is backing a political solution. A government source was quoted as saying that Jordan would no longer be dealing directly with the Syrian opposition. This turn in the policy on Syria is supported by old guard politicians such as veteran diplomat Zaid Rifai.

On Oct. 24, Abdullah surprised the political establishment by appointing Abdel Raouf al-Rawabdeh, a conservative, as head of the Senate (upper house), replacing reformist and liberal politician Taher al-Masri, who is seen as the titular head of Jordanians of Palestinian origin. The Senate, also called the King’s Council, has little impact on political life but it offers a glimpse into the monarch’s political thinking. The new Senate failed to include any Islamists associated with the Muslim Brotherhood. It included mostly conservative figures such as Marouf al-Bakhit and Samir Rifai, and excluded reformists such as Abdel Karim Kabariti and Awn Khasawneh, all former premiers. Masri told CNN Arabia that the composition of the new Senate does not point to a reformist orientation.

Meanwhile, the government is taking action against youth activists, a number of whom will stand trial before the State Security Court on charges of undermining the regime. Public pressure to release them has been ignored. It appears that the regime is pushing to punish elements that were perceived to have crossed the red lines during the height of the Arab Spring.

On Oct. 26 in Geneva, the UN Human Rights Council submitted more than 170 observations on Jordan’s human rights record. Human Rights Watch called on the council to press Jordan to amend its penal code, to remove vague charges that limit rights to free expression, assembly and association. It concluded that Jordan’s reform agenda is falling short. In June, the government blocked more than 200 news websites for failing to register, and in spite of calls from press watchdogs to reverse its position it has refused to budge.

It is clear that Jordan is undergoing a steady shift toward more conservative political and economic agendas. The drive for bold political reforms has waned while economic recovery is now top priority. Reverting to old political formulas underlines increased relaxation by the regime but also puts pressing issues such as political reforms on hold.