Is Jordan’s 'Arab Spring' Over?

King Abdullah II seems to have weathered a storm, at least for now. 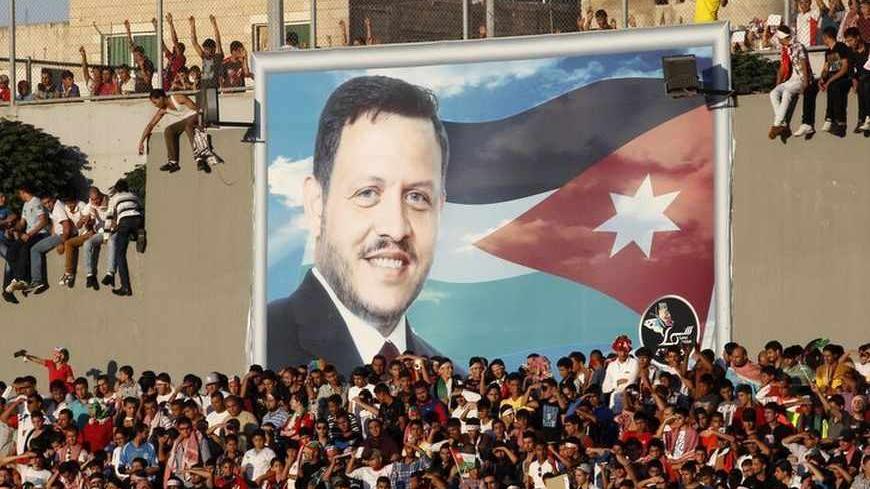 AMMAN, Jordan — Jordan’s version of the Arab Spring may be over quietly and unceremoniously. Regional upheavals, especially in Syria and Egypt, have dampened Jordanians’ appetite for drastic change in their own country. A year ago, tens of anti-government protests would take place, especially on Fridays, across the country. Most were organized by the Muslim Brotherhood, but some were led by the Jordanian Youth Movement, or hirak, whose slogans often crossed red lines. They called for regime change and accused King Abdullah II of corruption. Many of their leaders are now in prison and some will stand trial in front of the State Security Court (SSC) on charges that range from insulting the king to attempting to overthrow the regime.

But it has been more than three months now since large demonstrations were held in Amman or elsewhere. Last November, when the newly appointed government of Abdullah Ensour floated the price of gasoline and ended state subsidies, thousands took to the streets and the country saw three days of angry demonstrations and clashes with the police. The opposition — an alliance between the Islamists and the National Reform Front (NRF), which is a coalition of leftist and nationalist groups and parties — threatened to further derail austerity measures. But when the government raised the price of electricity last month nothing happened. It was a sign that neither the Islamists nor the rest of the opposition was able to mobilize the street anymore.

Despite worsening economic conditions Jordanians became wary of instability and chaos that gripped neighboring Syria and Egypt, and indeed, most Arab Spring countries. Stability and security became more important than pressing for immediate political reforms. A growing number of Jordanians became suspicious of the Muslim Brotherhood agenda for Jordan. In fact, the alliance between the Islamists and NRF quickly unraveled when a prominent Brotherhood leader insisted that the goal of the movement was to establish a Sharia-led Islamic state in Jordan.

As for the youth hirak, the government was able to weaken the movement through soft and hard actions. It rounded up suspected leaders and offered others jobs and benefits. It has managed to divide the movement and sideline it. Today the hirak is symbolically active on social networks. It remains extremely critical of the regime, but its popular influence has greatly subsided.

Regional changes have allowed the regime to recalibrate its position on issues. King Abdullah has successfully weathered the storm by avoiding the use of violence and presenting himself as a champion of reforms. Last year he introduced important constitutional amendments and created a constitutional court. He published a number of papers on his vision for a democratic transition. While the controversial elections law was altered slightly, he organized legislative elections earlier this year and introduced the first parliamentary government, which he said should remain in office for the entire term of the four-year Lower House.

While the opposition described these amendments and reforms as cosmetic and incomplete, early legislative elections in January saw a huge voter turnout, against all expectations. This gave the king public endorsement for his reform policy.

During the same period the royal palace allowed a government anti-corruption body to push forward and prosecute a former General Intelligence Directorate (GID) chief on corruption charges and to issue a warrant against the husband of the king’s aunt who is accused of shady financial deals when he was head of one of one of the biggest public companies in Jordan.

Last week the king ordered the government to amend the law of the SSC so that civilians may not stand trial before it except in cases pertaining to treason and drug smuggling. It was an unexpected initiative by the king at a time when the threats of a regional war and geopolitical instability were real.

King Abdullah has always presented himself as a reformer. He has created a number of independent bodies, including the National Center for Human Rights and the Royal Committee to Enhance National Integrity. He has reined the government from resorting to violence during some of the most controversial anti-government protests, which began in 2011.

In this sense he has managed to convert many Jordanians to the notion that he is the best guarantor of stability and political reforms in a troubled region. A recent Pew poll found that more than half of Jordanians are against Islamist extremism.

But it is too early to sign the death certificate of Jordan’s Arab Spring. Economic challenges remain dire even as Gulf countries and the United States continue to pump money into Jordan’s coffers. Unemployment and poverty rates are high and the country has seen the worst episodes of societal violence in decades. More than half a million Syrian refugees in Jordan have added unexpected burdens on the local economy. Political life has stagnated and people’s approval of parliament has plummeted. A recent incident when a Kalashnikov-toting deputy tried to kill a colleague has renewed debate about the need to amend the election law and breathe life into political parties.

By the same token the government is equally unpopular, and unless economic life improves soon, Jordanians will go back to the street in protest. The majority of sit-ins that take place today are economic in nature.

The king has evaded substantial political reforms that relate to the complex issues of Jordanian identity — a major challenge in a country where at least half of its citizens are of Palestinian origin — and his own prerogatives as monarch. The vital question now is how long can he ignore such issues?

So far he has been able to prove that Jordan is the exception to the rule in the Arab Spring saga. Jordan has avoided a repetition of the Egyptian or Syrian scenarios. The king has overcome popular protests and was able to repulse Muslim Brotherhood pressures. Jordanians are in no mood to take to the streets now, but that situation could change at any time.