The overthrow of the Muslim Brotherhood-led government in Egypt is felt in Jordan. 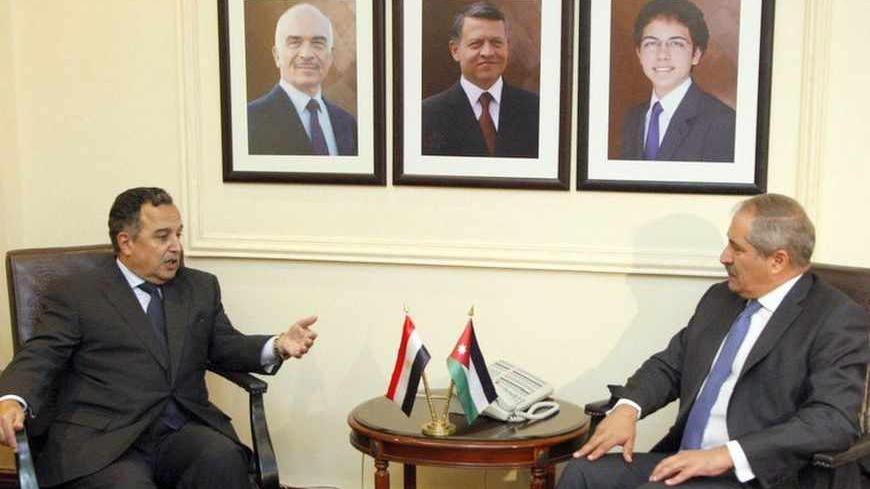 A quick glance at the op-ed page of two of the three daily newspapers in Jordan, Al Ghad and Addustour, will give a hint of how divided Jordanians are over the July 3 military takeover in Egypt and the ouster of President Mohammed Morsi. Almost next to each other one would find columnists giving two opposite views of the coup, the crackdown on Egypt’s Islamists and Jordan’s Muslim Brotherhood. The third daily, the government-controlled Al Rai, has been waging an unrelenting crusade aimed at undermining the Muslim Brotherhood at home and abroad.

Pro-government columnists have been engaged in a daily offensive against the extremist-controlled Brotherhood leadership, accusing it of being anti-democratic, opportunistic, seeking to impose a religious state and being loyal to an international organization.

But with daily editorial attacks on the Muslim Brotherhood, which began almost immediately after the Egyptian military coup, the deliberate campaign has undermined the credibility of the press in the process. Independent columnists have criticized Morsi’s one-year rule and many have called on Jordan’s Muslim Brotherhood movement to learn from the mistakes of their Egyptian counterpart. But none have endorsed an Egypt-like crackdown of the movement, even when Addustour claimed last month that the government was looking into options to rescind the movement’s legal status.

It became clear that the government and the security apparatus, the powerful General Intelligence Dept. (GID), were not on the same page regarding how to deal with the Islamist movement in Jordan. The government spokesman denied Addustour’s report while Prime Minister Abdullah Ensour said he would not change his policy toward the Muslim Brotherhood. But on Saturday, newly appointed Minister of Political Development Khalid Kalaldeh, an opposition activist, announced he would like to open channels of communication with the movement. The call was welcomed by the Brotherhood, but few believed it would end the crisis.

It also became clear why Jordan was among the first countries to welcome Egypt’s new rulers. King Abdullah II was the first leader to visit Cairo, last month, to meet with interim President Adly Mansour. Jordan’s Islamists had led public protests calling for regime reform since the onset of the Arab Spring in 2011. They had boycotted parliamentary elections held in January, and described royal overtures for political reforms as incomplete. Deputy leader of the Muslim Brotherhood in Jordan, Zaki Bani Irshaid, has called for meaningful constitutional amendments that would restore power to the Jordanian people. With no other credible opposition on the scene, it was obvious that the regime considered the Islamists as its biggest rival. The perceived threat was compounded when Islamists took over in Tunisia, Egypt and were playing a pivotal role in war-torn Syria.

But the movement had lost much steam as things began to go wrong in countries where the Muslim Brotherhood was in power. Civil war in neighboring Syria and that jihadists were leading the rebellion against the regime of Bashar al-Assad had dampened Jordanian mood for major political shifts in their country. Morsi’s polarizing policies in Egypt and the country’s slow fall into anarchy amplified doubts about the endgame of the Arab Spring. Certainly popular support for the agenda of the Muslim Brotherhood and its political arm, the Islamic Action Front (IAF), has dropped in the last two years.

This became evident as fewer Jordanians heeded the Islamist movement’s call for weekly protests in recent weeks. The numbers began to shrink and the Islamists' allies, the National Front for Reform, an alliance of civil, secular and leftist groups and parties, slowly withdrew from the scene.

In the first weeks of the Egyptian coup, public sentiment in Jordan favored Morsi’s overthrow and the end of the Islamists' rule. The negative media campaign may have reinforced fears about the Muslim Brotherhood and their alleged hidden agenda. But Egypt’s crackdown on the Islamists and the ensuing bloodletting has polarized Jordanians. This is seen in controversial reader comments on articles published by pro-Islamist columnists like Mohammad Abu Rumman, Yasser Za’atra and Yasser Abu Hilaleh published in the Jordanian press.

The Muslim Brotherhood did not waver as a result of the media campaign demonizing it. The movement’s general comptroller, Hamam Said, his deputy Bani Irshaid and even moderate reformers like Irhail al-Gharaibeh have condemned the coup and some have described Jordan’s quick recognition of the military-backed order in Egypt as “shameful.” They denounced the bloody crackdown against Morsi’s supporters. Hawkish leader Bani Irshaid has not stopped his criticism of the Jordanian government or his calls for genuine constitutional reforms.

Some pro-government columnists have questioned the wisdom of Jordan’s speedy recognition of the new Egyptian regime, even when it contradicted the position of the country’s main ally, the United States. Writing in Al Ghad last week, Fahd al-Khitan raised questions about the king’s visit to Egypt and expressed concern over Jordan’s policy toward that country. Jordan was quick to endorse Saudi King Abdullah’s stern statement last week in which he committed his country’s support to Egypt and criticized the West for interfering in its affairs.

Both the regime and the opposition know that domestic policy, insofar as relations between the two are concerned, will be influenced by evolving events in Egypt. It will certainly affect the drive for additional political reforms. But Speaker of the Upper House Taher al-Masri, a moderate, has called on both not to link the future of relations to what is happening in Egypt: “The traditional relationship between Jordan and the Muslim Brotherhood is not one of exclusion. Jordan has operated on a different model from other Arab states with respect to working with the Brotherhood, one based on mutual understanding — especially since the movement is moderate and far removed from extremism. The best course of action is to leave the relationship as it is without any changes and without linking it to the current developments in Egypt.”

For most of the six decades since the Muslim Brotherhood began operating in Jordan, relations with the regime have been generally peaceful and transparent. Both sides accommodated each other during crises. In this sense, Jordan differs quintessentially from Egypt. But today both parties find themselves at a crossroad. According to informed sources, the possibility of confrontation between the two has not receded. The government is backing an internal move by Islamist moderates, called the Zamzam Initiative, to reform the movement. But it could still succumb to pressure from other power centers within the regime to opt for confrontation.