Residents of the border city of Ramtha in the north of Jordan have protested recently against new government measures to curb smuggling, which would further add to their economic burdens. 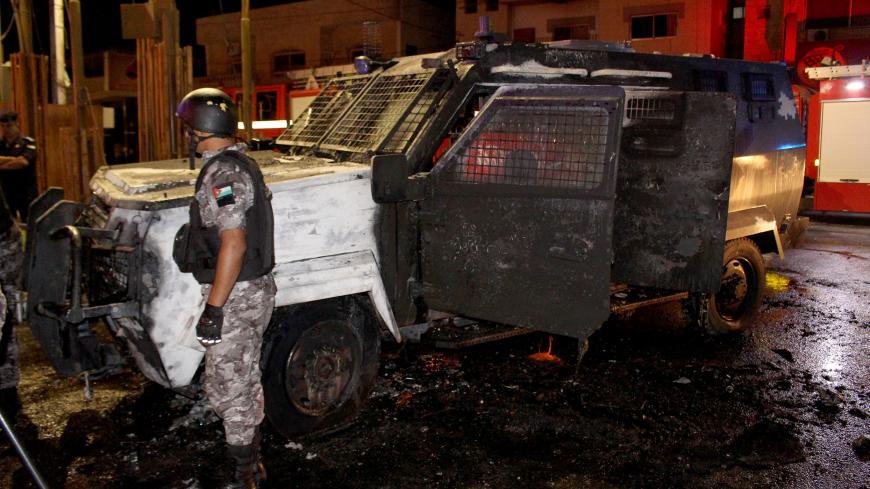 A damaged vehicle belonging to security forces is seen during a demonstration against imposing restrictions on the number of cigarettes that travelers can bring into the country, Ramtha, Jordan, Aug. 25, 2019. - Laith Joneidi/Anadolu Agency via Getty Images

AMMAN, Jordan — Precarious calm reigned over the city of Ramtha, 100 kilometers (62 miles) north of Amman, after three days of riots during which security officers were shot at.

The riots came in response to a Cabinet decision Aug. 23 to limit the number of cigarettes that travelers are allowed to carry through the Jaber crossing that connects Jordan and Syria, in an attempt by the government to make up for its losses from smuggled cigarettes.

The turmoil led to the main roads into the city being shut due to burning tires and violent confrontations with police; a security vehicle was burned and 17 protesters were arrested. The protests turned into political demands with demonstrators calling for the government’s resignation instead of imposing customs-related demands. The city walls were covered with slogans calling for toppling Prime Minister Omar Razzaz.

Riots broke out Aug. 23 and stopped Aug. 26, following a meeting between the representatives of the Bahara (merchandise smugglers between Syria and Jordan) and government representatives at the house of Hashem Abu Hassan, a member of parliament, in Ramtha.

The meeting concluded with a commitment to end the protests, while the government agreed to facilitate the customs’ measures and passage of merchandise from Syria to Jordan, and to release those arrested during the protests.

Bahara spokesman Hussein al-Bashabisha told Al-Monitor, “The situation is expected to escalate if the government does not respond to people’s demands.”

He said that the demands include “removing the tight measures [extensive searches at the Jordanian end, waiting for hours at the border and preventing drivers from entering Syria] imposed on vehicles carrying merchandise between the two countries, lifting the travel ban on 600 drivers and releasing those arrested in the latest incidents.”

Bashabisha said that some traders would park their cars in the customs’ area between the two countries and wait for Syrian vehicles to enter Jordan and give them the merchandise. This evasion of customs duties and taxes has pushed the Jordanian authorities to impose a ban on those drivers.

Although the Jaber-Nassib crossing was opened mid-October 2018 after years of being closed due to the war in Syria, the trade movement is no longer as it was before the Syrian uprising in 2011. Bashabisha said, “Ramtha city close to Daraa relies 90% on trade between the two countries.”

Politicians have accused the United States of obstructing trade between Jordan and Syria in order to impose economic sanctions on the Syrian government. Abdul Karim al-Damaghi, a member of parliament, criticized the government during a parliamentary session in March claiming the trade attache at the US Embassy in Jordan asked Jordanian contractors and traders not to deal with Syrians at the crossing and threatened them.

Ehab Salameh, political analyst and writer at Rai al-Youm newspaper and other websites, told Al-Monitor, “Unfortunately the United States has seriously pressured Jordan too, most recently through its trade attache at the US Embassy in Amman who promised to implement the US Caesar Syria Civilian Protection Act on Jordanian merchants, and punish them if they deal with the Syrian government. This is a violent intervention in Jordan’s sovereign domestic affairs.”

He added, “Jordanians might lose their patience any minute — like in Ramtha — as the government’s economic pressure has reached unprecedented levels. Neither the United States nor Arab countries have taken any actual supportive stances and have left Jordan suffer the consequences of a war in Syria.”

Salameh added, “Sudden decisions usually have unexpected consequences. In Ramtha, for example, citizens have borne the brunt of [almost] a decade of economic and subsistence pressures due to the chaos in Syria, the massive wave of refugees and the closing of the border that was their lifeline of trade and business.” 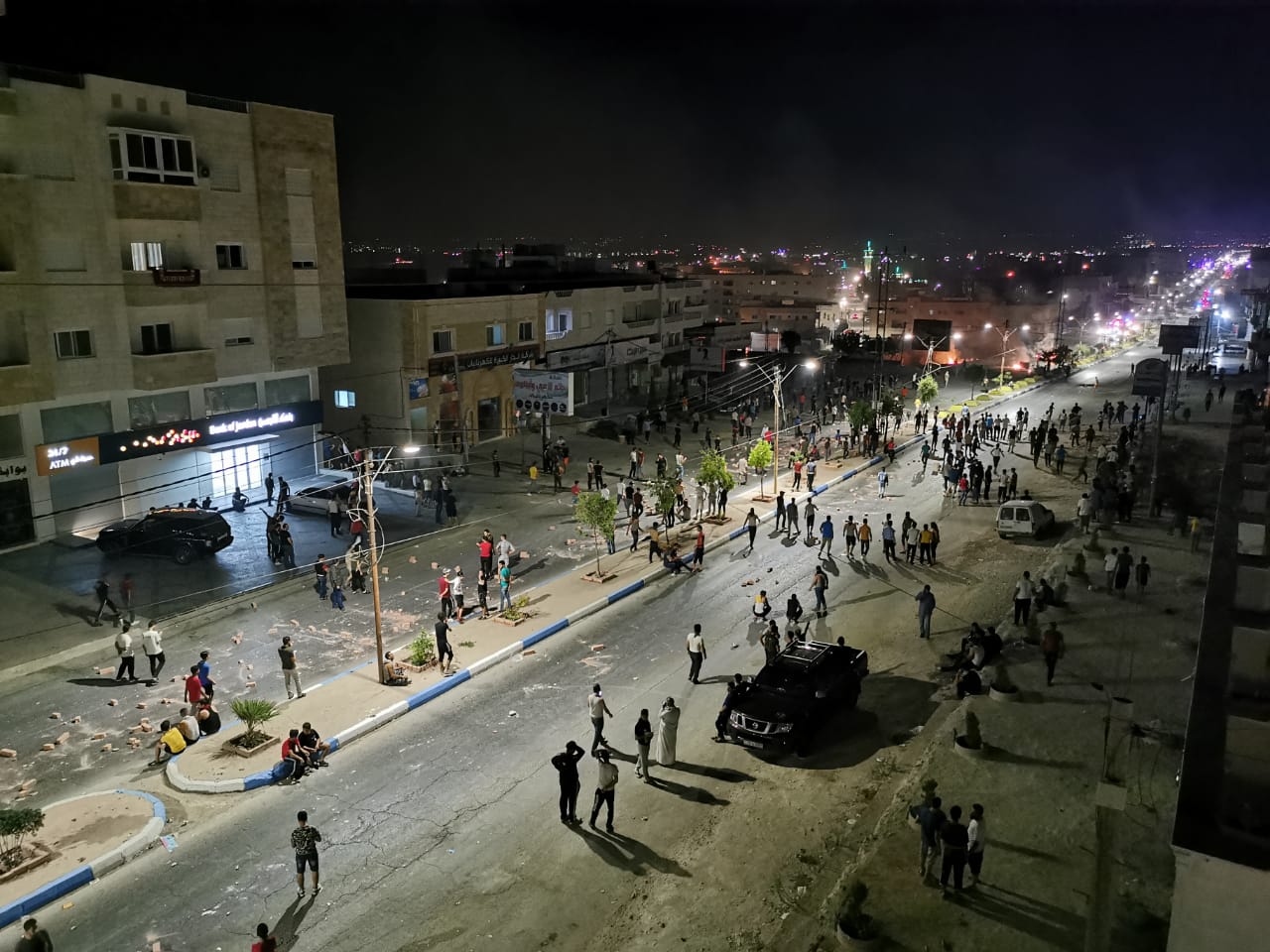 The government noted in an Aug. 25 press release that it completely “understands Ramtha’s tough situation for the past few years due to the border closure for security reasons in Syria. Most cities and provinces in Jordan had a similar experience.”

The press release stated, “The government has a comprehensive vision to limit these problems. The measures it took to prevent smuggling are aimed at protecting society, its security, citizens and the economy from the dangers of drug, cigarette and arms trafficking.”

Before the Ramtha incidents, Minister of Finance Ezzedin Kanakriyah announced July 14 on behalf of the government that its “tobacco revenues dropped by 110 million Jordanian dinars [$155 million] during the first six months of the year because of smuggling operations and the use of electronic cigarettes.”

Economic expert Salama al-Daraawi told Al-Monitor, “The revenues of the Jordanian government from tobacco amount to $1.51 billion, accounting for 26% of the local revenues.”