Economists suggest the Jordanian government should cut its own expenses and those of its staff instead of imposing taxes that add to the people’s economic burden. 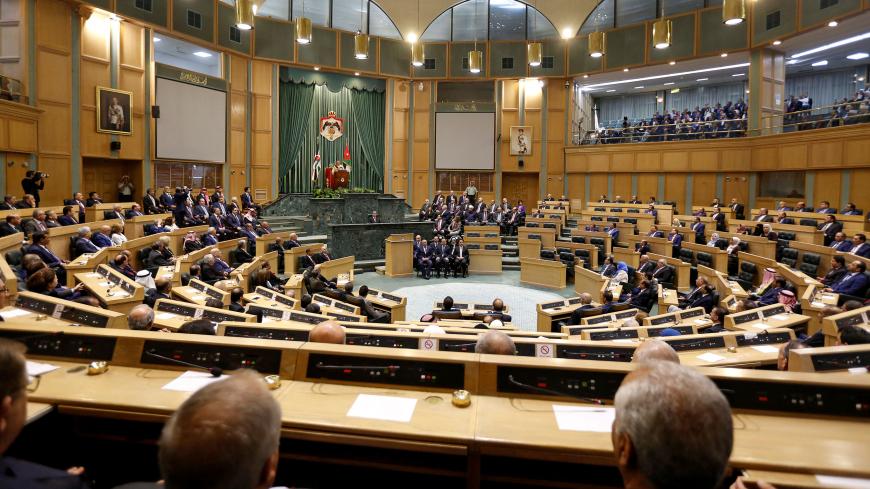 A couple of tax-related measures recently introduced by the Jordanian government have triggered criticism and even riots in one city on the border with Syria. Residents of Ramtha, 56 miles north of Amman, took to the streets Aug. 23-24 to protest an unexpected government decision issued Aug. 22 that limits the quantity of certain items — for example, only one carton of cigarettes per person — that an individual can bring into the kingdom. Anyone caught entering with more than the allowable limits could be charged with smuggling.

Ramtha’s economy heavily depends on cross-border trade with Syria, and hundreds of taxi drivers from the city transport passengers and goods on a daily basis between the two countries. The city’s economy suffered when the border was closed between 2015 and 2018 after the Syrian government lost control of the crossing point to rebel forces.

Rioters in Ramtha burned tires and police cars and clashed with anti-riot police for two days, until late on Aug. 24, when the government reached an agreement with city notables to cease all forms of escalation. The Jordan Times reported the government justifying its decision as part of an anti-smuggling effort aimed at protecting citizens and residents from narcotics, weapons and smoking. The government claimed on Aug. 24 that cross-border smuggling had cost the treasury $183 million (130 million Jordanian dinars) in the first seven months of this year.

On Aug. 15, the government announced the imposition of customs fees on products for personal use bought online outside the kingdom. It gave the Customs Department one week to create an “electronic platform” for residents to register online to track progress toward the annual cap on online shopping of around $700 (500 dinars), which replaced the previous cap of $3,380 (2,400 dinars). Those who fail to register will have to pay higher customs and fees when clearing the goods through customs.

The decision has forced one local company, CashBasha, which facilitates online shopping through Amazon, to suspend operations in the kingdom. Its business model had allowed customers to order products through CashBasha’s online interface and pay in local currency to have goods delivered directly to them without having to go through the customs authority.

Interviewed by Al-Mamlaka TV on Aug. 22, Digital Economy and Entrepreneurship Minister Muthana Gharaibeh said that only 5% of Jordanians shop online and that the decision to impose customs fees is aimed at achieving “tax justice,” leveling the playing field as it were, given that local retailers must charge sales tax, which increases the prices of their goods, and must also pay income tax. Gharaibeh announced that the government will soon impose a sales tax on local advertising posted on Google and Facebook. He claimed that Google and Facebook had cut into the revenue of local ad agencies, forcing many to close.

The latest measures, described by some as desperate, were triggered by what is now expected to be a drop in government revenues for 2019. In January of this year, the government raised custom fees on hybrid cars, resulting in a drop in related customs and sales tax revenues by $318 million (225 million dinars) in the first six months of this year compared to last year's figures.

The government had anticipated an increase in sales tax revenue to $5 billion in 2019 compared with $4.5 billion in 2018. During the first quarter of this year, however, total tax revenue dropped by 1.4%, or $33 million, compared to the same period of last year. Economists attributed the decline to higher sales taxes increasing the cost of goods and the low purchasing power of consumers.

Last year, the government raised the sales tax on many consumer items, some from 0% percent, with a maximum of 16%. The move was part of a three-year economic reform program agreed to with the International Monetary Fund (IMF) in 2016. Most economic sectors in the kingdom have seen a decline in revenues over the past three years due to higher taxes, higher energy costs and lower purchasing power.

On Aug. 5, Deputy Prime Minister Rajai Muasher told lawmakers that the decision made last year to end the subsidizing of bread had backfired. He said that the government had disbursed 170 million dinars ($239 million) annually for the subsidy, but after lifting it, was shelling out 270 million dinars ($380 million) in compensating low income families directly and bearing the total cost of keeping bread prices stable.

Jordanians mocked Finance Minister Izziddin Kanakrieh after he remarked on Aug. 5 that government revenues from taxing cigarettes and petroleum products amount to 2 billion dinars ($2.8 billion), but that this revenue stream will decline as citizens switch to electronic cigarettes and electric cars. Critics were quick to portray the minister as appearing to encourage cigarette smoking and fossil fuel use when the world is heading in the opposite direction.

The IMF has conducted two reviews of the Jordanian economy this year and will undertake a third assessment before the end of the year. Jordan's annual economic growth remains modest, at around 2%, far from the all-time high of 10.58% in the first quarter of 2007.

Labib Kamhawi, an economic expert, told Al-Monitor that what is happening is a result of failed economic strategies and arbitrary decisions aimed only at raising and levying taxes. “Instead of focusing on growth and development, successive governments have only cared about managing the bulging national debt and the growing budget deficit,” Kamhawi said.

The unsettled economic environment, Kamhawi said, has driven away local and foreign investors. “The situation now is critical, and we are witnessing an economic stagnation that is a prelude to total collapse,” he asserted.

Khaled Zubaidi, head of the economic section at the daily Addustour, told Al-Monitor, “This government has no economic team, and its sole function is to levy taxes as our national debt reaches $42 billion.” He added that the government has failed to encourage development projects that create jobs and attract investors.

“The government should start with itself, first by streamlining its more than $1 billion annually in salaries and other running expenses, instead of provoking citizens with arbitrary decisions,” Zubaidi said.