Why Israel's blockade of Gaza was a mistake

Israel's long-standing Gaza blockade policy, which did not bring Hamas down but only provoked it to further arm itself, should be reassessed. 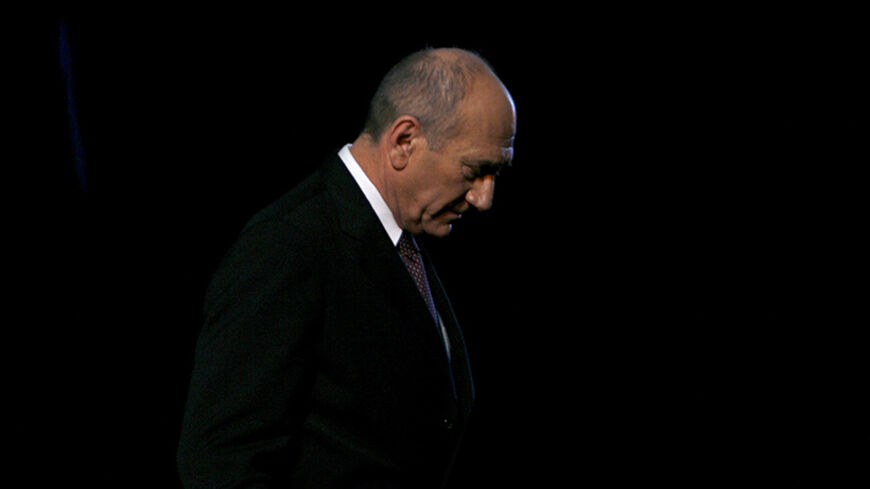 Mohammed Deif, head of Hamas' military wing who has been on Israel’s “Most Wanted” list since the mid-1990s, disseminated a recording this week (July 27) in which he stipulated the removal of the closure on the Gaza Strip as a pre-condition for a cease-fire. All of the military conflicts between Israel and Hamas revolved around this issue. Hamas wants, more than anything else, to end the blockade because this state of affairs makes it difficult to rule the Strip and provide for the needs of the population. Israel, on the other hand, obstinately refuses to revoke the decision taken by former Prime Minister Ehud Olmert on June 15, 2007.

Olmert’s decision was adopted the day after Hamas’ military coup in the Strip. The prime minister was in the throes of a fight for political survival after the publication of the Interim Report of the Winograd Commission that probed the failures of the Second Lebanon War in 2006. The following day, Olmert was supposed to go to the United States for a meeting with the UN Secretary-General Ban Ki-moon and US President George W. Bush. Before his departure, Olmert instructed the defense system to close all border crossings to Gaza. To avoid American criticism of “collective punishment,” he also ordered the continuation of humanitarian aid.

We can assume that the hurried decision was accepted mainly to examine the significance of Hamas’ transformation into ruler of the Gaza strip, and learn the ramifications of this new reality. Infrastructure Minister Binyamin Ben-Eliezer was interviewed by the Israeli Army Radio Station two days after the coup and said, “We must halt all relief and assistance to the Strip. I am stopping everything until I understand what’s going on there. We must simply deepen the separation between Gaza and Judea-Samaria, to totally close them [Hamas] off. The only opening that needs to remain is in the direction of Rafah.”

The Olmert government and the Netanyahu government that followed have never held a serious, in-depth discussion with the defense system and the civil administration regarding this decision, which morphed from an ad-hoc act into strategic policy. Israel’s working assumption was that economic pressure on the Gaza Strip would cause unrest among its residents, forcing Hamas to relinquish authority when it would not be able to provide for their well-being. This policy was encouraged by President Mahmoud Abbas’ people in Ramallah, who were brutally and shamefacedly booted out of Gaza.

In my book “To Know Hamas” (2012), I revealed that the day after the closure was imposed on the Gaza strip, the organization sent messages to Israel via official representatives and tradesmen from Gaza. These people conveyed the message that if Israel would open the border crossings, Hamas would stop all terrorist acts against Israel. Ghazi Hamad, who had served as spokesman for the Hamas government and of Prime Minister Ismail Haniyeh, verified this in an interview I held with him in July 10, 2007, about a month after the coup. “We have no problem regarding (Israeli-Palestinian) contact and cooperation as a humanitarian step towards opening the crossings,” Hamed said. “We propose the establishment of a joint committee. … We are interested in opening all the crossings. … I am not talking about secret communication but openly, on the table.”

As time went by, Olmert’s decision became set in stone and Israel hardened its policy regarding the transfer of merchandise to the Strip. Clothing, shoes, handbags and notebooks for school children were not allowed to be brought in. Even coriander was disallowed; someone in the civil administration decided that the spice was a luxury that should be withheld from the Gaza residents who dared to choose Hamas. The administration’s offices even prepared a document about how to count calories, to control the closure without leading to famine and humanitarian catastrophe.

Hamas’ political wing failed to remove the closure that only became more severe; this, in turn, greatly strengthened the organization’s military wing. The military wing, then headed by Ahmed Jabari and today by Muhammad Deif, took upon itself to open Gaza to the world by its own methods: launching rockets against Israel, military escalation, and using the demand to open the crossings and alleviate the blockage as a precondition for a cease-fire. But now we can already state that this policy also failed, while bringing down disaster on the Gaza Strip and causing its residents to pay a very heavy price. While the blockade destroyed Gaza economically, three consecutive military conflicts led to tremendous devastation, thousands of fatalities and tens of thousands of wounded.

Israel, for its part, erred in thinking that the closure would bring down Hamas. Its policy encouraged the organization to arm and empower itself, to prove to the Palestinians that it could stand the pressure. This is one of the factors that led Hamas to its tremendous tunnel enterprise and to equip itself with a repository of thousands of rockets. Nevertheless, many Israelis argue that since Hamas is a terrorist organization, an alleviation of the blockade would have brought about the same results.

Despite the mistakes made in Israel, the responsibility for the tragedy in Gaza rests on Hamas’ political and military leadership. The thought that the organization could maintain a reasonable life routine after the violent coup it executed was no more than an illusion. The Hamas leadership was aware (even before the Cast Lead Operation at the end of 2008) that its insistence on proving its ability to rule Gaza at any cost would bring down disaster on the population. The Hamas regime’s lust for power caused it to sacrifice the lives of numerous Palestinians. For years, Hamas rejected all attempts at reconciliation with Fatah. The movement’s leaders were unwilling to give up the privileges and comforts of rulership and channeled all the Strip’s resources toward amassing great military strength. Instead of Hamas serving Gaza, Gaza served Hamas.

Today, more than three weeks into the Protective Edge operation, we have to ask the question: Who will be the first to show flexibility? Israel, apparently, will not be able to bring down Hamas’ regime. None of the movement’s leaders were harmed in the fighting, not in the military ranks or the political ranks, and it is clear that the organization will continue to rule Gaza.

This is the time to examine the option of opening the border crossings gradually, and in the framework of negotiations. This is the only way to lessen Hamas’ motivation to invest in military empowerment.