The US debate over Iran’s nuclear program omits discussion of the possible cost of sanctions to the economies of the United States and its allies, according to a new study commissioned by an Iranian American organization. 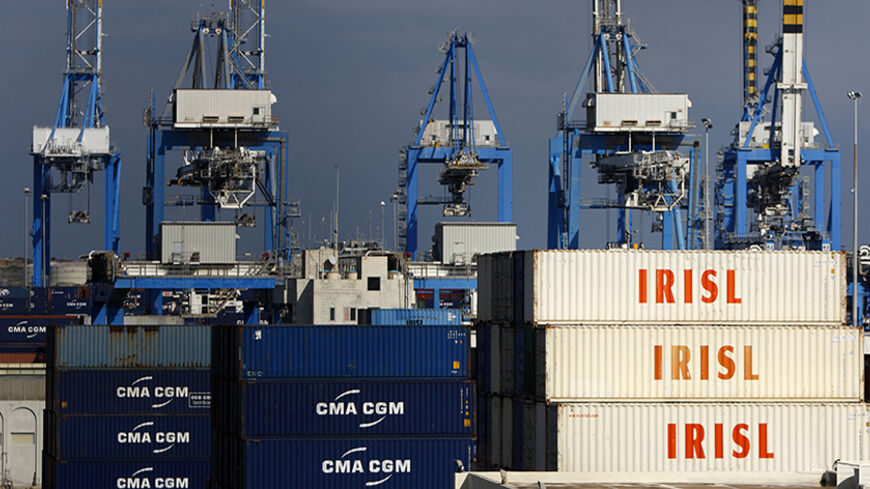 The US economy has lost more than $135 billion in export revenues and hundreds of thousands of potential jobs because of stringent economic sanctions against Iran, according to a new report by the National Iranian American Council (NIAC).

The report, “Losing Billions: The Cost of Iran Sanctions to the US Economy,” published July 14, is intended to move the debate in Congress and among the public toward accepting a possible long-term nuclear agreement that would include lifting many sanctions on Iran. It is not, however, clear to what extent US businesses would quickly benefit from a removal of penalties given other restrictions that would likely remain and likely caution about dealing with a country long demonized and penalized by the United States.

It has become an article of faith in the White House and Congress that tough economic sanctions were a major factor in persuading Iran to negotiate limits on its nuclear program — something Iran and some non-Iranian analysts deny, pointing instead to US acknowledgment that Iran could pursue a limited uranium-enrichment program. Still, the price that sanctions may have exacted on the United States and its allies’ economies is rarely discussed on Capitol Hill.

The report by NIAC, a group that advocates engagement with Iran, paints a dark picture. According to it, “From 1995 [when the United States imposed an embargo on most trade with Iran] to 2012, the US sacrificed between $134.7 and $175.3 billion in potential export revenue to Iran.”

Europeans lost even more in terms of the size of their economies in a shorter period of time, with Germany forfeiting between $23.1 and $73 billion between 2010 and 2012, Italy $13.6 to $42.8 billion and France $10.9 to $34.2 billion, the report says. On a global scale, the analysis estimates that sanctions cost an average $52.8 billion annually from 2010, when the toughest sanctions were imposed on Iran’s oil and financial sectors, until 2012.

The losses do not include the impact on the world economy of higher oil prices caused by Iran’s reduced oil exports or that Iranian imports would have been greater had sanctions not been imposed.

The report uses a so-called gravity model of trade that figures economic losses according to the size of a country’s economy and the distance between trading partners as well as contiguity of borders, common language and past colonial ties. Using a Commerce Department formulation, the paper extrapolates from lost export revenues the potential cost in jobs. It estimates that the United States lost a minimum of 51,000 and a maximum of nearly 280,000 jobs a year during the 1995-2012 period due to the Iranian sanctions.

“Texas and California are likely the biggest losers in terms of lost employment, due to their size as well as the attractiveness of their industries to Iran’s economy,” the report says.

Kimberly Elliott, a senior fellow at the Center for Global Development and specialist on sanctions, told Al-Monitor that the authors of the NIAC study used the same basic approach she and co-authors Gary Hufbauer and Jeffrey Schott did in a seminal 1997 study. Elliot also said that a more recent work on so-called export disincentives uses a different methodology and estimates $41 billion in “lost” exports to Iran, Iraq, Libya, Cuba, Syria, Sudan and North Korea, but does not break them down by country.

Elliott explained, “The gravity model measures bilateral trade, so exports lost to Iran could well be going to unsanctioned countries with little or no net loss to the US.” She added that the annual estimated losses of about $15 billion are “tiny relative to total US goods exports of $1.5 trillion.”

It is not clear what impact the report will have on the US debate over whether to lift sanctions on Iran. Many in Congress are tying sanctions relief to the near dismantlement of Iran’s nuclear program and are willing to continue to forfeit the potential economic benefits of a less restricted Iranian economy if they believe it will help curb Iran’s nuclear ambitions. There is also the question of to what extent American businesses will benefit from sanctions relief.

Elizabeth Rosenberg, a former Treasury Department official who is now a senior fellow at the Center for a New American Security, argues in a new paper that American banks and businesses will be “very cautious about dealing with Iran in the future even if a final nuclear agreement is signed. If the United States and the European Union (EU) offer Iran relief from their extensive sanctions under such a final deal, there will not be a tremendous, immediate rush of commerce into Iran, nor a crumbling of the international sanctions regime targeting Tehran.” For this Rosenberg faults continuing sanctions plus a poorly regulated environment for business in Iran.

European companies, which developed robust relations with Iran while US economic ties attenuated, are far more likely to profit than American firms, with the possible exception of US oil companies and aircraft manufacturers. US allies are aware of the costs of the sanctions to their economies. A new British study of relations with Iran, also published July 14, notes that the British commercial stake in Iran is “a fraction of what it might be” and that British exports to Iran fell from “£464 million [$794 million] in 2005 to £83 million [$142 million] in the year to May 2011 and just under £80 million [$137 million] in 2013” as a result of the sanctions.

Proponents of sanctions argue that they are far less costly than military action against Iran would be. Trita Parsi, president of NIAC and one of the authors of the NIAC study, told Al-Monitor, “The report doesn’t address whether the sanctions were ‘worth it.’ After all, no nuclear agreement has been reached yet, and the role of sanctions is highly dubious, mindful of the fact that the US most likely could have gotten a better deal in 2005 before the latest sanctions.”

“Rather, the report brings to light a thus far completely ignored aspect — the cost of sanctions to the US,” Parsi continued. “To make an argument that the sanctions were worth it without even knowing what the cost of this policy has been is highly problematic.”

Other analysts believe the sanctions were instrumental in bringing about the election last year of Hassan Rouhani as Iran’s president. Rouhani, a former nuclear negotiator, campaigned on a promise to revive Iran’s economy, predicated on relieving the crushing sanctions regime, something that requires compromise at the negotiations now taking place in Vienna.

According to the British report, “International sanctions undoubtedly played a major part in preparing the ground for a more amenable Iranian negotiating position. They may not have directly forced Iran to make concessions, but the fatigue amongst large sections of the Iranian public with the international isolation and disadvantage which flowed from sanctions was a factor in the election of President Rouhani, which paved the way for more fruitful negotiations.”