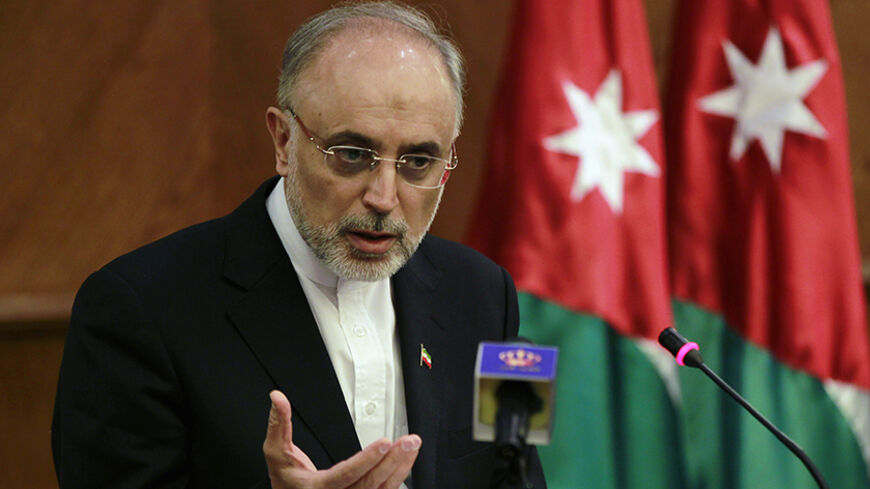 “A current sensitive issue is the nuclear issue,” Ayatollah Khamenei said in a speech to government officials July 7, adding that the opposing side has taken a maximalist position in the nuclear talks between Iran and the five permanent members of the UN Security Council plus Germany.

“Their goal is that the Islamic Republic — in regard to the suitable enrichment capabilities, for instance, which is one of the issues — to be satisfied with 10,000 SWU,” he said, adding, “However, they started at 500 SWU and 1,000 SWU. Approximately 10,000 SWU is the output of approximately 10,000 centrifuges — from the outdated ones we’ve had and have. This is their goal.

“Our officials say that we need 190,000 SWU,” he continued. “Maybe this need will not be for this year, or two years, or five years, but this is the final need of the country.”

Leader.ir, a website for the supreme leader, covered the speech but did not include the comment about Iran perhaps not needing the full level in the next one to five years. However, Khamenei.ir, which appears to have a closer relationship with the supreme leader’s office and is linked to his social media accounts, provides the full transcript — confirmed by a video of his speech — in which he states that he was addressing the country’s ultimate and not immediate nuclear needs.

After the confusion that reached even the Western media, Salehi gave interviews to a number of Iranian news agencies and even Islamic Republic of Iran Broadcasting to clarify the supreme leader's comments about the number of centrifuges Iran needs.

“Our needs for an agreed time frame, for the next eight years, to secure annual fuel for Bushehr nuclear power plant, is approximately 190,000 SWU, so that after the end of the contract with Russia, fuel for this power plant, the Tehran research center and the Arak reactor is secured,” Salehi told Islamic Republic News Agency.