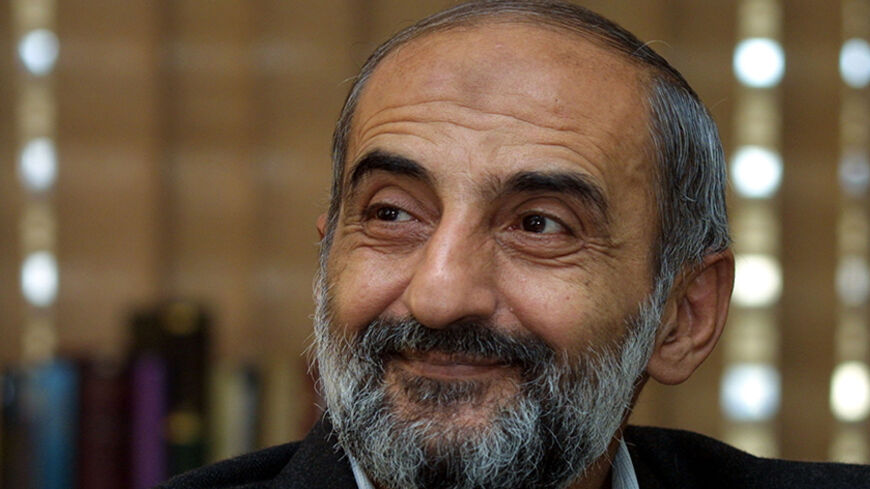 In a July 14c op-ed, hard-line Kayhan editor Hossein Shariatmadari listed seven challenges to the current nuclear talks between Iran and the five permanent members of the UN Security Council plus Germany (P5+1). As the July 20 deadline for the interim nuclear deal approaches, many differences remain.

There was a time when many believed that Shariatmadari’s positions mirrored those of Ayatollah Ali Khamenei, since the supreme leader chooses Kayhan’s editor personally. However, it is more accurate to say that Shariatmadari represents the extreme right of the Iranian political spectrum. While this group may be numerically small, its members hold influential positions in the media, parliament and the security and intelligence forces.

Ayatollah Khamenei has explicitly supported the Iranian nuclear negotiators led by Foreign Minister Mohammad Javad Zarif. However, whether a deal is made by July 20 or not, the viewpoints and criticism of Shariatmadari and others who think like him will continue to persist in the Iranian political discourse, even if there is a temporary lull in its volume.

The first point that Shariatmadari raised was that the attendance of foreign ministers so early in the negotiations to work through “deadlocks” seemed questionable, since they were originally supposed to arrive in the final days to sign the final agreement. The foreign ministers of Germany, France, Britain and the United States have all attended the meetings in Vienna. That the Chinese and Russian foreign ministers did not come for the meeting called by EU Foreign Policy Chief Catherine Ashton, who is leading the negotiations on behalf of the P5+1, is indicative of the differences between them.

Shariatmadari’s second point was that Ayatollah Khamenei explained the country’s “red line” when he said that Iran needs 190,000 separative work units (SWU). While the supreme leader said that the country may not need this capacity in the next five years, Shariatmadari did not make that distinction in his op-ed. He also repeated Khamenei’s description of the West’s negotiation tactic through the proverb, “Show them death so that they will be satisfied with a fever.”

The fifth point was essentially an addendum to his second, that Ayatollah Khamenei’s insistence on 190,000 SWU was a red line. He said the supreme leader was “drawing the official red line in one of the main topics of debate and controversies in the nuclear talks.” He added, “The red line was presented by the top and most senior official of the Islamic Republic of Iran [and] is in no way changeable."

Shariatmadari’s sixth point was that “America and its allies” have two paths: Either accept the red line drawn by the supreme leader or forget signing an agreement based on their own wishes. For his seventh point, Shariatmadari said that while the United States attempts to portray as Iran being in a difficult position and needing to make “tough choices,” it is the United States that is making concessions. He added that when the red line of 190,000 SWU was stated, the supreme leader was not worried about the lack of a nuclear deal.