Research and development for Iran's nuclear program will play a large role in how the final nuclear agreement looks. 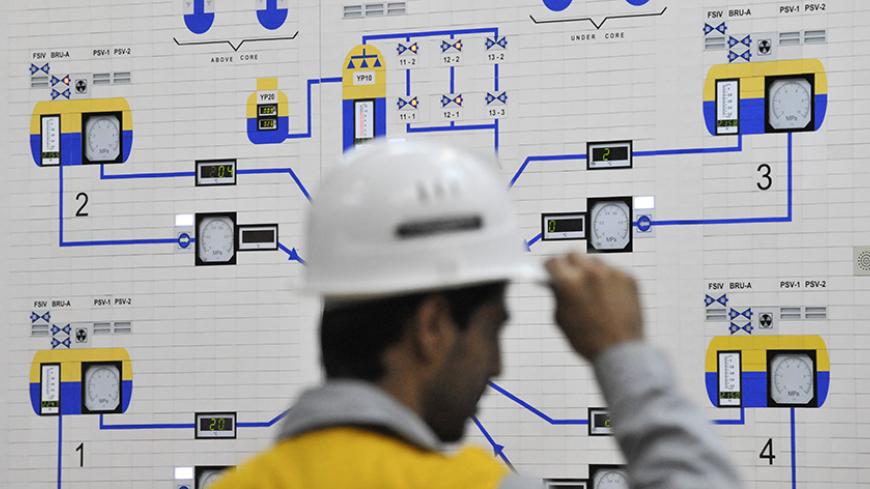 Research and development has surfaced as a barrier to progress with only a week until the deadline to agree on the parameters of a final nuclear deal. If past performance is an indicator, pursuit of research and development (R&D) is likely to be a key domestic selling point of any comprehensive agreement for the Iranians. The pertinence of this stumbling block should not be underestimated.

Throughout his campaign in the run-up to his June 2013 election, President Hassan Rouhani defended heavily criticized policy decisions when he was chief negotiator in 2003-05 by pointing to parallel pursuit of scientific development. Specifically, he sought to sell Iran’s voluntary and temporary freeze on uranium enrichment by arguing that it allowed necessary time and space to master technologies that Iran lacked at the time, with specific reference to the Uranium Conversion Facility at Esfahan.

Indeed, without directly referring to Rouhani’s point, Ayatollah Ali Khamenei, the supreme leader, made a similar argument Sept. 17, 2013, in a key speech before Islamic Revolutionary Guards Corps commanders. In that address, which laid bare the logic of “heroic flexibility” — later heralded as the foundation for discourse embracing more extensive nuclear diplomacy — Khamenei said “a wrestler sometimes shows flexibility for technical reasons.” Khamenei’s “heroic flexibility” preceded the beginning of overt and direct engagement between Iran and the United States at the UN General Assembly in late September 2013.

Subsequent statements by Khamenei lend credence to the point that R&D will be a key aspect of any comprehensive agreement. On Iran’s last National Nuclear Technology Day on April 9, Khamenei stated: “The nuclear achievements that have been made so far are, in fact, a message to the people of Iran that they can take the paths that lead to the lofty peaks of science and technology. Therefore, this scientific-nuclear movement should not be stopped in any way or slowed down.”

More recent developments further suggest that the scientific aspect of Iran’s nuclear program is likely to play a key role in domestic discourse related to any final agreement. On March 2, the Central Bank of Iran (CBI) chairman, together with several ministers and university officials, unveiled a new design for the 50,000-rial note. The bank note was first issued in 2007, and the back of it currently features an atomic symbol with a saying from the Prophet Muhammad: “Even if knowledge is at the Pleiades, the people from the land of Persia would attain it.” Soon, the back of the bill will instead show the iconic gates of the University of Tehran with a couplet by national poet Ferdowsi that reads: “Capable is whoever is knowledgeable / through knowledge old hearts are rendered young again.”

Iran’s framing of its nuclear program as part of a larger pursuit of modernity through technological and scientific advancement resonates with most Iranians.

The Islamic Republic currently makes use of IR-1 centrifuges, which are based on a relatively inefficient 1970s design. However, it has installed more than 1,000 IR-2m machines, which are not to be operated under the November 2013 Joint Plan of Action (JPOA). Furthermore, Iran is developing several other more advanced machines.

The JPOA of November 2013 stipulated that “Iran will continue its safeguarded R&D practices, including its current enrichment R&D practices, which are not designed for accumulation of the enriched uranium." But following concerns raised by US experts over Iran’s injection of uranium gas into its single IR-5 centrifuge, the extension of the JPOA in November 2014 featured more specific and stringent restrictions on Iranian R&D.

Under the extension, Iran agreed not to inject gas into the IR-5, not to test the IR-6 on a cascade level with gas and not to complete installation of the partially installed IR-8. Iran also agreed to refrain from “semi-industrial scale testing of the IR-2m.”

David Albright of the Institute for Science & International Security said, “URENCO officials have said that it takes about a decade to develop a new type of centrifuge from the idea to production scale. ... Iran will likely need about 10 years before it can deploy thousands of IR-8 centrifuges.”

Moreover, while Iran has been consistent in arguing that it will need 190,000 SWU (separative work units) by 2021 to produce fuel for the Bushehr Nuclear Power Plant when the current fuel supply agreement with Russia expires, US President Barack Obama has publicly floated 10 years as a minimum time line of an agreement.

Thus, there are three main considerations to bear in mind when reviewing possible next steps in relation to R&D under a final deal: the potential for the near-term reversal of some Iranian concessions made under the JPOA extension, the time line for development of new centrifuges and the length of the comprehensive agreement.

As Iran and the world powers meet in Switzerland in the coming days, all sides would be well advised to bear in mind the need to balance proliferation concerns against the deep cultural and political significance of scientific development in Iran.