Why did Hamas ignore cease-fire?

Once again, Israel has underestimated Hamas. 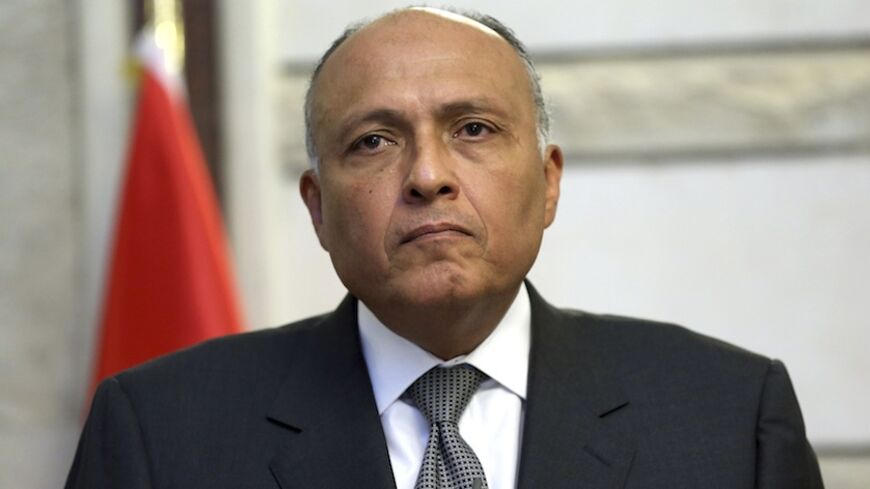 Once again, so it seems, Israel failed to evaluate Hamas properly. During the past few days of Operation Protective Edge, the political echelon approved emergency call-up orders for more than 40,000 reservists, and thousands of troops massed around the Gaza Strip on standby, waiting for orders to begin a ground offensive. Now, however, voices in Israel are telling the public that Hamas has already suffered a mortal blow. The public is told that the organization is browbeaten and desperately searching for some victory image it will never obtain. It is told that the Israeli air force has already done most of the work.

Representatives of the Israel Defense Forces (IDF) spokesman’s office, battalion and unit commanders and even the army’s chief of intelligence have all briefed Israeli journalists. They provided them with data and numbers that were clearly intended to impress them, and to make it clear to the Israeli public that there was no reason to get mired down in the Gaza quagmire — or in plain language, in any military action on the ground.

During Operation Cast Lead, the IDF spokesman used the number of Palestinian casualties as a gauge of the operation’s success and the achievements of its aims. This time, however, a different tack was taken, with the IDF releasing the number of strategic targets that were hit: 100, 200, 300. Each day the IDF released a numerical tally of targets that were attacked. On the eighth day of Operation Protective Edge, the IDF reported that over 1,400 targets in Gaza had been attacked, including rocket launchers, weapons stockpiles, the homes of activists and institutions associated with Hamas. Hitting these 1,400 targets was supposed to have been the IDF’s excuse to exit the operation, leading to a cease-fire.

Still, past experience has shown that Hamas hardly considers attacks on infrastructure and rocket launch sites or the destruction of homes of activists as being especially damaging. The price is tolerable. Hamas can still rise from the ashes and grow even stronger from it. Not a single political or military leader of Hamas was hit. They were all safe and secure in their durable bunkers. The destruction of infrastructure or strikes on rocket stockpiles and launchers are hardly enough to eliminate an organization. All they do is weaken it for a limited time.

If we may borrow an expression coined by Dan Halutz, former chief of the air force and chief of staff during the Second Lebanon War, Hamas barely received a light tap on its Qassam (literally, the acronym for “Islamic combatant force,” and meaning, the blow was not mortal). That is also why Hamas ignored Egypt’s proposal for a cease-fire. At the moment of truth — in this case, 9 a.m. sharp, when the cease-fire was supposed to go into effect — Hamas continued to fire its rockets at Israel, as if to show that it did not suffer any mortal blow. It was not forced to surrender. It did not surrender, full stop.

For anyone who needs further proof, it turns out that the military wing of Hamas has once again seized control of the movement. From now on, it will be the military wing dictating every move to the political echelon of Hamas. Actually, from the first day of the crisis, ever since the kidnapping of the three Israeli boys — Gil-Ad Shaer, Naftali Frenkel and Eyal Yifrach — the political wing has been consciously keeping a very low profile.

As the days of the operation went by, with the reservists called up remaining outside Gaza, Hamas interpreted this reluctance as a sign of Israeli weakness. That is why, even if a cease-fire is reached, it will only be a brief pause in the hostilities, a preparation of sorts for the next round of bloodshed, which will be more complicated and more dangerous for Israel. Hamas will learn from what happened this time, just as it learned from the previous operations Cast Lead and Pillar of Defense, and it will improve its capabilities. It is doubtful whether in the next conflict the air-defense Iron Dome missile system will provide the same hermetically sealed umbrella of protection, which has served the people of Israel so well.

And so, the moment of truth has arrived. The question is whether the balance of deterrence that Israel hoped to achieve against Hamas with Operation Protective Edge really was effective. Was it enough of a deterrent? That rockets were fired at Israel just an hour after the cease-fire was to have gone into effect proves that it wasn’t.

Gaza under Hamas rule poses a strategic security threat to Israel. It must therefore decide whether a cease-fire, which will last a year or two at best, is the right move. It must determine whether such a cease-fire can ensure the safety of its citizens. Israel has an opportunity — perhaps even one that will not repeat itself — to take advantage of Egypt's also considering Hamas to be its enemy. Abdel Fattah al-Sisi, the new president of Egypt, considers the Palestinian branch of the Muslim Brotherhood to be a terrorist organization and would be very happy to see it defeated on the battlefield.

This is the time for Israel to collaborate with Egypt and provide the Palestinian Authority (PA) with the possibility of returning to Gaza. Such an entry would be possible only if Hamas suffers a real blow; one that will send the movement’s leadership reeling in shock. That won’t happen if Israel continues to attack targets from the air. It can only happen if Israel fulfills its threats and sends in the tens of thousands of reservists called up under emergency provisions. To do so would not be an easy decision. Indeed, it would be complicated. On the other hand, the moment of “no-choice” in the war against Hamas has finally arrived.

Conventional wisdom in Israel is that all of Gaza is a Hamas stronghold and that all the people of Gaza support the militant movement. But as this column has already noted, Hamas has brought little more than suffering, destruction and ruin on Gaza. Now that the military wing has also taken over the civil-political path, the future looks even bleaker for the residents of the Gaza Strip, as well as for Israel. The 1½ million people in the Gaza Strip who suffered through an eight-year-long nightmare of Hamas rule would be happy to finally get rid of the organization once and for all.

Strategic collaboration between Israel and Egypt, with the PA of President Mahmoud Abbas standing behind the curtains, is actually a possibility. The Rafah crossing, Gaza’s vital lifeline, can only be reopened by Egypt if it is controlled by the PA under Abbas. Does anybody really think that the people of Gaza would refuse to allow Fatah supporters to control the border crossing there? Yes, it is complex. Initiating it will be complicated. On the other hand, after hundreds of rockets have been fired at Israel, and not just at the cities in the south either, but also at the major metropolises of Tel Aviv, Haifa and Jerusalem, such a move is what is really needed.

“Hamas is at fault, and Hamas will pay,” said Israeli Prime Minister Benjamin Netanyahu at the start of the current crisis. His statement must become more than just a slogan. Otherwise, this is only the beginning of the next round of violence.