Contrary to the two previous conflicts with Israel — when Hamas depicted the outcome as a great achievement — this time, the number of casualties and the destruction in the Gaza Strip will not allow it to claim victory. 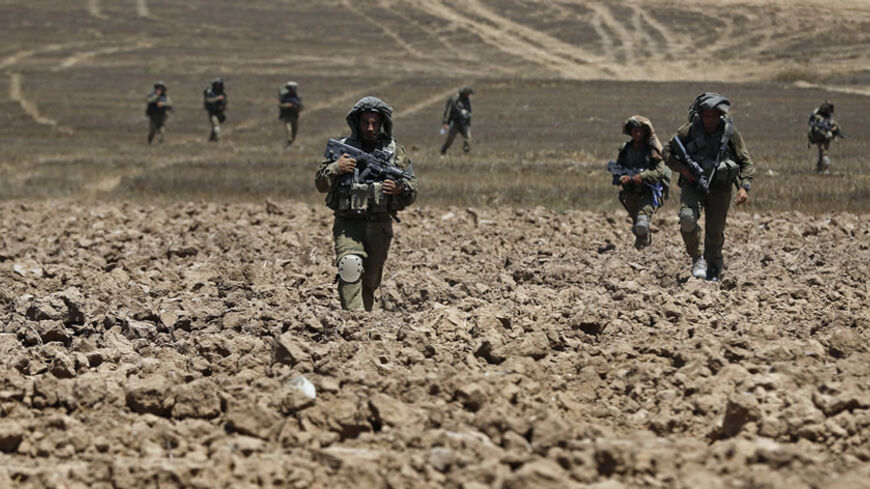 The unilateral withdrawal of Israeli troops from the Gaza Strip, as decided upon by the Cabinet on Aug. 2, was the default choice. Any decision regarding Gaza would have to be the least of all possible evils.

Hamas suffered a harsh blow, but its military forces did not collapse, and its regime was not toppled. This is not because the mission had an impossible goal, but because once again Israel preferred to make do with excruciating deterrence instead.

It is true that the movement’s political and military leadership was not eliminated, and that as of the writing of these lines, Hamas continues to prove that it still has the capacity to fire rockets at Israel. Nevertheless, Hamas officials Ismail Haniyeh, Mahmoud al-Zahar, Khalil al-Hayya and the movement’s boastful spokesman Sami Abu Zuheri have not left their bunkers bearing trays of candy to distribute in the refugee camps, like they did after the last Israel Defense Forces (IDF) operations — Cast Lead (2008-2009) and Pillar of Defense (2012). This time, they will be forced to explain to the people of Gaza — and apparently to themselves as well — where they went wrong.

After all, the operational capacity of the Izz ad-Din al-Qassam Brigades' military wing of Hamas was significantly lower in all those previous campaigns. How, then, is it possible that Hamas is ending the current round with zero achievements and a real threat to its continued control of the Gaza Strip?

For purposes of comparison, the last time the IDF conducted an extensive ground operation in the Gaza Strip was Operation Cast Lead. Tanks and infantry forces entered Gaza on the seventh day of the operation, but they encountered only marginal resistance from armed members of Hamas and other armed organizations. The northern Gaza Strip, where the bulk of the fiercest fighting took place this time, had been abandoned then by most of its residents, and all the armed resistance fled into Gaza City without having made any contact whatsoever with IDF forces in the field. Some even fled via tunnels from Rafah to Egypt until the fighting was over and calm was restored.

This time, however, there was a stark difference in the kind of military resistance exhibited by Hamas. Still, even after years of training and the creation of a full-fledged military force — which, according to estimates, numbers 20,000 troops — with suicide units, a stockpile of thousands of rockets and anti-tank weapons and a vast network of tunnels, Hamas' military wing has failed to achieve an inkling of an accomplishment of which they can be proud, as they were in the past.

The IDF’s two previous operations ended at the negotiating table in Cairo. During Operation Cast Lead, then-President Hosni Mubarak was concerned that unrest in Gaza would spread to the Sinai Peninsula, so he ignored the hundreds of tunnels in Rafah that linked Gaza to Egypt and eased the siege significantly.

After Operation Pillar of Defense, it was agreed to significantly ease restrictions on goods prohibited before the operation in a significant way. This included the easing of restrictions on raw materials and construction supplies, the expansion of the fishing zone and permission for Palestinian farmers to work their lands adjacent to the border with Israel.

Through the mediation of Palestinian President Mahmoud Abbas, Hamas was offered the opportunity of reaching an agreement, which would have meant the easing of border crossing restrictions. That way, Hamas could take credit for its good governance and once again handed out candies to the local residents. Instead, the arrogance of Hamas was again the source of all of its misfortunes.

On the morning of Aug. 1, just one hour after the cease-fire declared by US Secretary of State John Kerry went into effect, Hamas violated its understandings with him — and not for the first time either. A team of al-Qassam militants launched a suicide attack in Rafah, apparently as a diversion, so that they could kidnap an Israeli soldier. Two soldiers were killed in the incident, and the officer, Hadar Goldin, was abducted. The next day, the IDF determined that Goldin was dead.

This was the fifth time since the operation began that Hamas had violated a cease-fire. This time, however, Israel decided to seize the initiative by withdrawing its troops unilaterally and establishing a security zone along its border with Gaza.

In many ways, the apparent end of Operation Protective Edge establishes a new reality. There are no understandings, no agreements, and the rules of the game are determined by Israel, whose military activity in the Gaza Strip is not bound by any agreement. In other words, while the military operation may be ending, the campaign against Hamas is not. Hamas' political leadership will not be able to go back to its old routine, just like Hezbollah leader Hassan Nasrallah would not dare be seen in public anymore. Hamas leaders will have to continue living underground, constantly in fear that at any given moment Israel will act on its threats and assassinate them. Finance Minister Yair Lapid hinted at this during the operation, when he said that al-Qassam military head Mohammed Deif was “mortal.”

As a political movement, Hamas will have a hard time governing the Gaza Strip with its senior leadership hiding underground. That is why, in the past, after Israel eliminated two Hamas leaders — Ahmed Yassin and Abd al-Aziz Rantisi — Hamas made a dramatic decision to end its suicide bombing campaign. The fear was that Israel would continue to assassinate all the remaining leaders of the movement and thereby bring about its collapse.

The leaders of the movement’s military wing are trained and experienced in life underground. It demands compartmentalization and confidentiality over many long years, as well as constant movement from one place to the other, from one hiding spot to the other. In other words, it means the complete abandonment of any semblance of a life of routine. Deif has lived like this for over two decades, but it remains to be seen whether Haniyeh, Zahar and other leaders of the movement can live like this for any extended time, even if they already spent extended periods living underground (mainly during the second intifada). They are, after all, the political leadership, whose power comes from their direct contact with the people of Gaza.

But that is not the only problem facing Hamas on “the day after.” Just before the fighting started, the movement was in the midst of a severe financial crisis like nothing it had ever experienced before. For several months, Hamas had been unable to pay the salaries of its government bureaucracy or its armed forces. Now that Hamas’ vast underground tunnel project has been made public, those workers whose salaries were cut off can finally find out where the money went.

A cease-fire agreed upon by all the parties and negotiations in Cairo could have resulted in the flow of money from Ramallah to Gaza, so that these salaries could be paid. Now, however, it seems as if the Hamas bureaucracy staff and the troops who fought against Israel in the hope that this would improve their financial situation will not see any salaries in the near future either.

Hamas must now explain to the people of Gaza why the third war since it seized power of the Gaza Strip was a war of no choice.

After every armed conflict with Israel, Hamas has the habit of painting reality in convenient colors to justify the steep cost of its decisions and the even steeper cost in human lives that the people of Gaza were forced to pay. But after more than 1,500 Palestinian were killed, tens of thousands more injured, enormous destruction to neighborhoods and infrastructures and zero achievements, Hamas will not be able to paint the new reality in its standard green, as it is otherwise prone to do. Red and black are more appropriate colors to describe the current state of Hamas and the state of Gaza under its rule.