It's in the UAE's interests for Egypt to stabilize, and it will continue to offer unconditional support to Cairo until that objective is met. 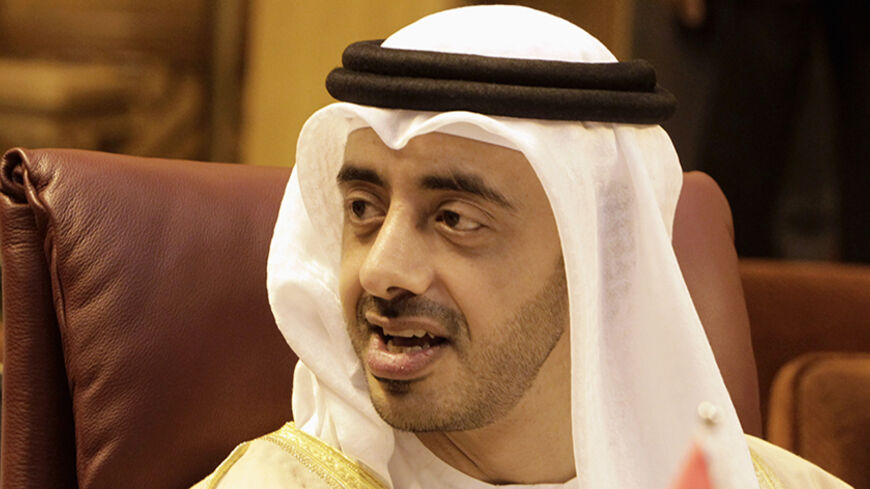 In the years before the establishment of the federation of the United Arab Emirates (UAE) in 1971, a number of Arab Islamists flocked to what would be the new country, as functionaries in government, particularly in education and the judiciary. Foremost among them were Egyptians, who saw better economic opportunities in the UAE than in Egypt, and were also fleeing from anti-Muslim Brotherhood crackdowns under President Gamal Abdel Nasser. That impact upon the Emirati educational system was substantial — and socially, that period created the impetus for the formation in the newly created UAE of al-Islah, an Islamist group of Emiratis that was closely aligned with the Muslim Brotherhood in Egypt.

That sort of “honeymoon period” drew to a close in the 1990s, as Emirati authorities began to become uncomfortable with the rhetoric and social program of al-Islah. The group remained legal, but its upward mobility was stunted as the authorities became more suspicious of it. Egyptians continued to migrate to the UAE, as did other Arab nationalities, but Brotherhood activity within the UAE beyond al-Islah was slowly restricted to study circles among Arab expatriates.

The 9/11 attacks in the United States, in which two Emiratis were identified as having been involved, was a turning point that intensified the anti-Islamist feeling within the state. That shook Abu Dhabi significantly, and soon thereafter, a decision (according to private discussions with UAE officials at the time) was taken to intensify the sidelining of any Islamist presence within the country. Government officials in educational institutions or involved in religious affairs and in other sectors were either reassigned or dismissed, if they were deemed to have sympathies with or promoted Brotherhood ideology or Salafism.

The Arab uprisings took the UAE, as they did everyone else, by surprise. Unenthusiastic about the January 25 Revolution in Egypt, the Abu Dhabi establishment feared the toppling of Hosni Mubarak would lead to an empowerment of Islamism in Egypt. That would then have significant repercussions for the strength of Islamist groups elsewhere, due to the substantial influence that Egypt has in the Arab world.

It was not that Abu Dhabi perceived of the Brotherhood as a genuine alternative to its rule within the UAE — support for al-Islah, let alone the Brotherhood, was marginal within the country. Most Emirati citizens, and most expatriates within the Emirates, were deeply supportive of the Emirati authorities, under whose leadership their economic comfort has increased many times over in the years since the establishment of the state.

However, the concern that the UAE was being infiltrated by a secret, transnational organization, which is how Abu Dhabi identifies the Brotherhood, was widely felt. Abu Dhabi’s response to the Arab uprisings was not to change its political system, but to remind its population that not only was its system working for it, the alternative was chaos, which Emiratis could see across the region.

There was a feeling in certain high-level Emirati quarters, which was mentioned privately time and again, that Western human rights nongovernmental organizations and research institutions failed to appreciate the Islamist threat to the UAE, and that in some cases, some institutions were actually linked to Islamists. In Abu Dhabi, that even led to commercial effects: the dynamic led to the cancelation of a rather significant research contract with some Western companies. In one of the cases, high-level sources in the Emirates confirmed the authorities had suspicions, well-founded or not, that a key staff member was linked to the Brotherhood, which eventually led to the cancelation.

Domestically, the authorities increasingly became concerned about activities by the Brotherhood via Egyptian expatriates and al-Islah. Whether those concerns are valid or not is a matter of dispute. The Egyptian Brotherhood publicly declared they were not interested in “exporting the revolution,” but the Emirati authorities made it clear to their international interlocutors that evidence existed to suggest the Brotherhood was looking to destabilize the country.

Against that backdrop, it is hardly surprising that the Emiratis strongly supported the Egyptian military’s deposing President Mohammed Morsi after widespread protests in July last year. Following his removal, the Emiratis established the “Egypt Task Force,” headed by an Emirati minister of state, with offices in Abu Dhabi and Cairo. Al-Monitor received a briefing paper from the Ministry of Foreign Affairs detailing the Egypt Task Force, as well as the details of the aid the UAE has sent to Egypt.

According to the briefing paper, a specific aid agreement signed last October was worth some $7.4 billion, including a $1 billion grant to the Central Bank that had been sent shortly after Morsi’s ouster. An additional $3.2 billion was allocated for fuel and hydrocarbon needs, and $3 billion was to be directed toward development projects, although not all of these funds have actually arrived yet. An additional $2 billion was provided as a non-interest bearing deposit in the Egyptian Central Bank to help stabilize the Egyptian pound.

On the noneconomic side, Abu Dhabi has been critical in supporting Cairo’s position vis-a-vis the Brotherhood in the international arena, both directly after Morsi’s ouster, and thereafter. A few months after Cairo designated the Muslim Brotherhood as a terrorist organization in December of last year, in the aftermath of attacks claimed by the terror group Ansar Bayt al-Maqdis, the United Kingdom announced a review of the Muslim Brotherhood. Many suspected Riyadh was the impetus for the review, as London’s ambassador to Saudi Arabia was the head of the review, but Abu Dhabi was far more involved. According to high-level sources in Abu Dhabi, the authorities found it infuriating the Muslim Brotherhood was able to not only find refuge in the UK, but able to use British media outlets to promote their messages.

Critical to the current relationship between the new authorities in Cairo and Abu Dhabi is the notion that not only was the Brotherhood a destabilizing force in the region in general and Egypt in particular, but that the new presidency was capable of getting Egypt back on its economic feet. The argument has been floated that Emirati and Saudi aid and support for the new Egyptian government ought to be conditional upon certain reforms, ranging from economic reforms to judicial reforms. The former directly affects the economy, while the reputation of the Egyptian judiciary in the international media lately has caused some potential international investors to balk at the prospect. Some Western governments privately express the desire to include security sector reform as well as movement on human rights issues.

However, at least for now, Abu Dhabi is unwilling to engage in providing support on the basis of conditionality. From the UAE’s perspective, formal conditions would add little or no benefit to Cairo’s ability to stabilize, at least in the short or medium term. The exception may, perhaps, be certain economic reforms. From the moment that Abdel Fattah al-Sisi became president until today, no further aid has been delivered from the UAE. It may be that Abu Dhabi was waiting to see if the presidency would be willing to tackle the subsidies regime to reduce the deficit. If that is the case, it may be that a further influx of aid is imminent.

The links between Abu Dhabi and Cairo are long and well-established. Abu Dhabi’s motivation in that relationship is clear: a desire for stability and continuation of the status quo, rather than unpredictability or upheaval. The UAE’s ideological opposition to the Brotherhood is closely linked in that regard. Very little of this is expected to change, and the Emiratis have made it clear that they view supporting Egypt as a long-term goal.